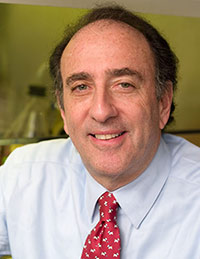 As HIV investigators work to control and eradicate the virus worldwide, certain myths and misconceptions about the disease have been embraced, while other concepts with merit have been left relatively unexplored, argues American HIV/AIDS pioneer Dr. Jay Levy.

Dr. Levy was one of the first researchers to isolate the AIDS virus and is Director of the Laboratory for Tumor and AIDS Virus Research at the University of California, San Francisco. He shares his views and recommendations in a commentary published today in the journal Trends in Molecular Medicine.

Dr. Levy calls on fellow researchers to continue questioning and not to lose sight of alternative strategies that could ultimately lead to a sustainable, long-term solution to HIV infection.

This paper may be controversial, but people need to know the other side of the story The train left the station and no one is stopping to see whether we did the right thing or not. I’m asking anyone who is involved with HIV/AIDS to pause and focus on some research and clinical areas that need more attention.

He presents six questions dealing with the science of HIV and with well-designed clinical trials that could offer new explanations and approaches for handling HIV/AIDS:

A small percentage of people with HIV infection have been observed to possess immune systems that keep the virus at bay for at least 10 years, and some for more than 35 years. Although an HIV diagnosis was once considered a “death sentence,” this is evidence that such long-time survivors or non-progressors can live a normal, asymptomatic life without intervention. “Importantly, we can learn a great deal about prevention of disease and infection by studying these exceptional people who have survived without AIDS or have warded off infection,” Dr. Levy writes.

Researchers have observed that some people who have been infected for many years do not develop disease. Others have been exposed on many occasions to HIV but do not become infected. In these cases, the innate immune system, the first line of defense against viruses, appears to play an important role. If the innate immune response fails, then adaptive immune activity — reflected by T and B cells — comes into action. Dr. Levy calls for increased attention to the innate immune system and its variety of immune cells and secreted factors. By focusing on this early activity against HIV, researchers have a better chance of discovering ways to prevent infection and disease.

The immune system is a complex collection of cells with multiple mechanisms for taking down a pathogen. Even with 30+ years of HIV research, how immune cells behave when the virus enters the body is not fully understood. One immune cell of long-time interest to HIV/AIDS scientists is the CD8+ T lymphocyte, which is primarily thought to control HIV infection by killing infected cells. Dr. Levy discusses how this cell can employ an alternative mechanism for controlling HIV infection: it can secrete factors that suppress the virus without killing the cell, and then the infected cell can continue to function but without virus production and cell death. Because this immune response handles all HIV types, it would be important in approaches aimed at enhancing immune antiviral responses and in the development of a vaccine. Importantly, both activities of the CD8+ T cell need to be appreciated.

4. When should antiretroviral therapy be given?

There is no denying the success antiretroviral medications have had in lowering viral loads, reducing transmission, and helping people live a relatively normal life with HIV. Doctors often prescribe these drugs upon diagnosis, but Levy questions whether the long-term side effects, which include kidney and liver disorders, are worth it if a patient is asymptomatic. “Prescribing ART for a lifetime is like giving chemotherapy forever,” he writes. “Future studies may very well indicate that toxicities will eventually result in many treated individuals.”

There also exist concerns regarding the recent trend of “treatment as prevention,” in which healthcare professionals give antiretroviral drugs to HIV-negative people to substantially reduce their odds of infection. This treatment strategy is new, and it is unclear whether a lack of adherence because of drug side effects, including nausea or fatigue, will affect the prevention of transmission. It also could lead to the development of drug-resistant viral strains. While recognizing the important success of ART, Levy calls on his colleagues to give more attention to drug toxicities and the potential emergence of drug-resistant viruses. “It seems misguided to just look at the short-term benefit," he says.

5. What strategies should be considered for an HIV vaccine?

Dr. Levy argues that one of the greatest weaknesses of existing HIV-vaccine clinical trials — most reporting limited, if any, success — is that they are mainly looking to find a better antibody to neutralize the virus. On the basis of preclinical work, he believes that there are missed opportunities to invest in basic science and study other vaccine strategies, such as enhancing the antiviral responses of immune cells, particularly those of the innate immune system. He also advocates further studies of individuals who have been highly exposed to HIV but are not infected and the evaluation of killed-virus vaccines.

6. What approaches should be encouraged for an HIV cure?

A cure of HIV infection, which is exemplified in the “Berlin patient,” has stimulated approaches to achieving this goal for all infected people. This person received a stem cell transplant from a donor who was genetically resistant to HIV. Dr. Levy argues that some of the directions chosen to effect a cure "are not based on well-established experimental facts," and eliminating a virus that has integrated itself into the genes of a cell requires a better understanding of the challenge.

Dr. Levy says he appreciates the pilot studies involving genetic editing that could mimic the treatment used for the "Berlin patient" and believes that the most immediate chance of success is one directed at enhancing the anti-HIV response of the immune system. “That strategy,” he explains, “could bring persistent control of HIV as seen in healthy infected long-term survivors. In this case, viral replication and its potential detrimental effects would be avoided — essentially the infected individual would be ‘functionally cured.’”

In his review of these issues in HIV/AIDS, Dr. Levy writes:

Researchers need to examine the basis of their observations and consider whether what they are seeing is really the answer or is part of what’s really there. We have to ask whether we are disregarding or missing what might be a much better answer because we’re grabbing at something that looks good today.

Elsevier has made this article freely available until June 30, 2015: Levy, J: “Dispelling myths and focusing on notable concepts in HIV pathogenesis,” Trends in Molecular Medicine (June 2015)

Research studies by the author cited in this article were supported by grants from the National Institutes of Health, the California State University-wide Taskforce on AIDS, the James P. Pendleton Charitable Trust, the Hellman Family Foundation, the Campini Fund and the Campbell Foundation.

Trends in Molecular Medicine, published by Elsevier’s Cell Press, is a monthly review journal that facilitates communication between groups of highly trained professionals who share the common goal of understanding and explaining the molecular basis of disease as it relates to new clinical practice.

Joseph Caputo (@sciencemetro) is Media Relations Manager for Cell Press (@CellPressNews), based in Cambridge, Massachusetts. He previously served as a science communicator for the Harvard  Stem Cell Institute, the Marine Biological Laboratory and Smithsonian  Magazine. As Media Relations Manager, he works closely with the media and public information officers to share the scientific breakthroughs published in Cell Press's 31 journals. He is a graduate of Sarah Lawrence College in New York and received his MS in Science and Medical Journalism from  Boston University.