Research manager shares tips to succeed in a post-COVID world

By Libby Plummer - October 16, 2020
Dr. Charlotte Wray, International Research Manager in the Department of Psychiatry at the University of Oxford, coordinates a birth cohort study on the relationships between childhood development –including nutrition, cognition, social and emotional development and socioeconomic status – in relation to adult outcomes.

Researchers who are just starting out face a very challenging job market, so it's essential that they do as much as they can now to prepare. Dr. Charlotte Wray, International Research Manager in the Department of Psychiatry at the University of Oxford, is well aware of the challenges facing new recruits and suggests that networking as much as possible will be absolutely key to building their future careers.

In a recent interview, Charlotte talked about her work and the challenges she has faced, and she gave advice for early career researchers based on her experiences.

After completing her PhD at Royal Holloway, University of London, Charlotte moved to Oxford, where she has worked for just over three years. In her current role, she heads up the COHORTS (Consortium On Health Outcomes Research in Transitioning Societies) collaboration.

This large-scale birth cohort study focuses on low- and middle-income countries, namely Guatemala, South Africa, the Philippines and Brazil. The idea is to investigate the relationships between childhood development – including nutrition, cognition, social and emotional development, and socioeconomic status – in relation to adult outcomes. Charlotte explains:

These cohorts have been followed since they were born, and they've been visited many, many times throughout their lives. We've now done a new round of data collection during adulthood, including a round of cognitive assessments. A key focus of this grant is cognition and mental health in adulthood.

The study is one of the largest and longest running birth cohort projects in the world. Some parts of the expansive project have now been running for more than five decades, with the oldest participant in Guatemala now in their 50s. The rich dataset is an invaluable source of information that enables the researchers to answer some critical questions about what shapes adulthood in these countries:

It's quite an impressive project – we're pulling together all of the data that's previously been collected throughout their lives so that we can track how early life experiences impact adult outcomes such as mental health and adult cognition. And then we can also look at what other factors might influence those trajectories, such as schooling or childhood cognition.

The vast amount of data collected enables the team to pinpoint why someone who has had a lot of adversity in their early life may thrive in adulthood, while for others that adversity continues throughout their lives. The goal of the research is to identify the factors that influence these life trajectories so that evidence-based recommendations can be made to shape future policy.

These studies are absolutely vital as much of the research that is conducted on this subject is based in High Income nations, where the findings and influencing factors may be very different to those in low- and middle-income countries.

Charlotte's favorite part of the role is the site visits, having made multiple trips to Guatemala along with visits to South Africa and the Philippines. A mix between project management and research, the role is "really eye-opening," Charlotte said:

On site visits, my main role has been to train the field teams to administer the assessments. I go around and check that they're continuing to administer them in the same way over time, to ensure the fidelity and reliability of our data.  We have fantastic field teams, who have all done an incredible job at collecting the data.

Luckily, the latest round of data collection was completed in 2019, well ahead of the COVID-19 outbreak. As a result, the researchers are now focused on analyzing the data and writing it up, which can be done remotely. As the team has always been spread out across the globe, they are already very familiar with the intricacies of scheduling video calls across time zones.

In the future, the pandemic could affect the access that researchers have to these populations onsite, particularly in school environments, while the economic impact of the virus could well have an impact on future data.

Unsurprisingly, this gigantic project is much bigger and broader than Charlotte's PhD research at Royal Holloway, which focused on atypical child development, such as the risk of language disorder at school entry. It was this work that won Charlotte the Scopus Early Career Researcher UK Award in the Arts & Humanities category in 2018. The win came as a surprise to her, but Charlotte considers it a great honor to be recognized for the work she was doing. Still a regular user of Scopus, she said:

There was a big initial buzz online — I got more Twitter followers, and there were definitely more people interested in my papers and talking to me about my research. And I think that having it on my CV is definitely something that will interest new employers.

Doing as much as possible to build up the CV is vital for early career researchers, but does Charlotte have any other advice?

When you're deciding which PhD you want to do, make sure it's a topic that you love. Research can be really challenging at times, and there's lots of rejection in terms of papers getting rejected and having to resubmit them. And the same with grant proposals.

So I think it's important that you do something that you're passionate about to begin with because that passion will make sure that you get through the hard times. And when you do have a successful publication or successful grant accepted, it really feels worth it. Make sure it's right for you, and that you can actually put your stamp on your own research.

Researchers starting their careers in the current environment certainly face a challenge, with many companies and academic institutions being extra cautious with budgets and some implementing recruitment freezes. Charlotte's advice for fledgling researchers is to start building their work networks as soon as possible:

It's always been competitive in academia, but I think it's definitely going to ramp up in the next year, especially with Brexit as well and the impact that will have on research funding. It's going to be increasingly hard to get fellowships. Networking is a big thing, and making sure people are aware of you and the research you're doing is really important so that when jobs appear, people know to contact you about them.

If you've got spare time at the moment, it's also a good idea to look at online courses to see if there are any additional skills that you can pick up.

Charlotte also advises new researchers to ignore the doubts sowed by imposter syndrome, something which appears to be rife in many professional sectors, particularly in the academic world.

Before lockdown, we had seminars where people were talking about imposter syndrome and trying to combat it. Even senior researchers at Oxford were saying how they still suffer from it, and they find that they're actually more likely to feel it when they have success, like when they get a big grant. I think I felt like that too when I won the Scopus award. It's very strange but I think, unfortunately, very common in academia.

As well as getting a head start on building their work networks, early career researchers need to be proactive when it comes to applying for jobs and funding. As Charlotte advises:

Just apply for as much as you can. Even if you think you're not qualified, you probably are. 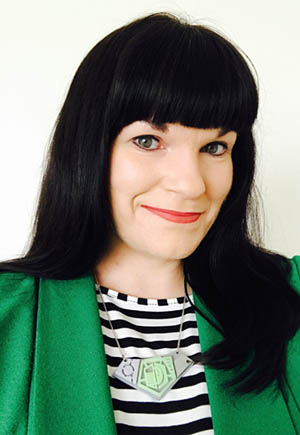 Libby Plummer is a freelance journalist and copywriter specializing in tech, science and space. Based in London, Libby has nearly two decades of experience working across a wide array of business and consumer publications in print and online, as well as working in several fast-paced newsrooms.

ACMG partners with Elsevier to publish Genetics in Medicine journal

For success in science, follow your passion, says Fulbright scholar at NIH