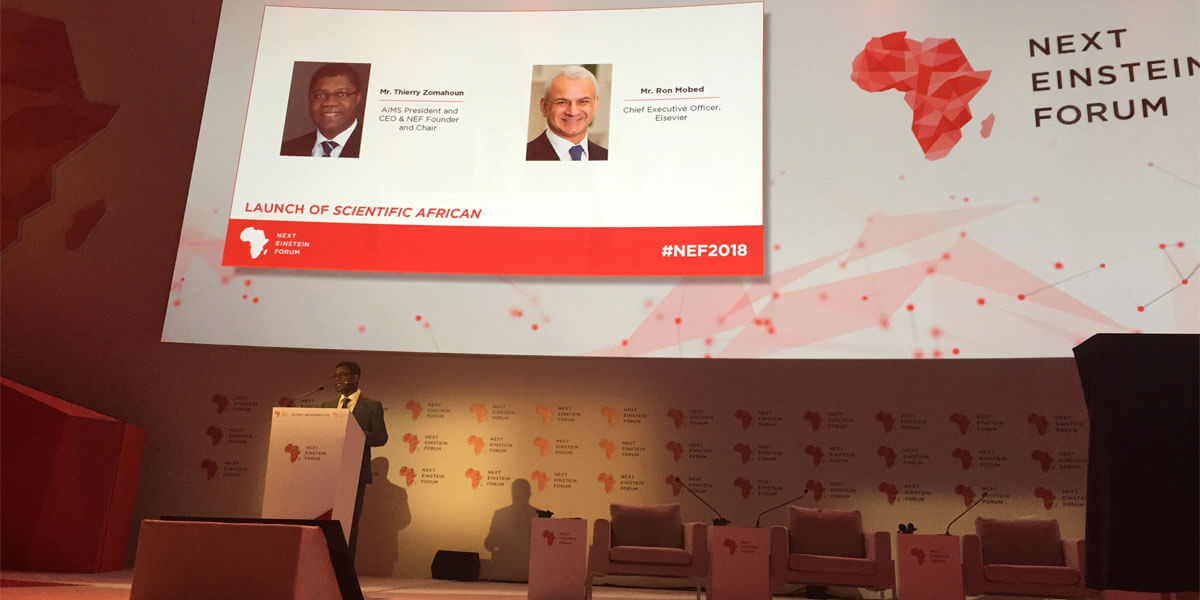 Thierry Zomahoun, Founding Executive Director of the Next Einstein Forum and President and CEO of the African Institute for Mathematical Sciences (AIMS) speaks at the launch of Scientific African.

For researchers, the journal article is at the heart of the scientific enterprise; they share their findings through articles, which can help them find collaborators and raise their profile so they can build on their work. Researchers solve pressing problems, in large part, via the medium of the scientific article.

But publishing an article in a scientific journal is a daunting task. The journey from outlining an experiment, to obtaining a result, to writing and submitting an article can take years. And at the end of this process, there’s no guarantee that a researcher’s article will cross the final hurdle —finding publication in a reputable scientific journal.

This journey can be especially challenging for researchers in Africa, whose contributions to the scientific conversation have often been overlooked and whose development has been hampered by a scientific publishing ecosystem that hasn’t always addressed their needs. Together, the Next Einstein Forum (NEF) and Elsevier are bringing state-of-the-art technology and processes to bear on this challenge, creating a modern open access megajournal to accelerate capacity-building efforts across Africa.

“Through our experience working with the AIMS Centres, we learned that our students faced significant problems in communicating their research,” said Thierry Zomahoun, Founding Executive Director of NEF and President and CEO of the African Institute for Mathematical Sciences (AIMS). “They had exciting results to share, but they were facing structural difficulties in bringing these results to the attention of their colleagues both on the continent and around the world. They were frustrated, and we believed this communication gap was significantly hindering scientific progress across Africa. We wanted to find a way for NEF to help address this problem.”

Without the ability to easily share their latest research findings and to access the research their colleagues have produced, young African researchers have had difficulty participating in the virtuous circle of scientific publishing — the back and forth of publishing, reviewing and revision that enables scientific progress. 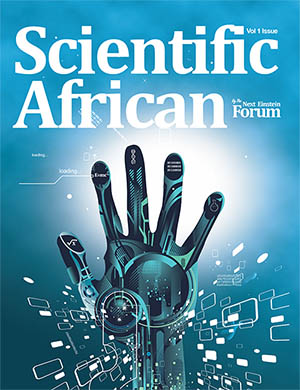 Scientific African — a pan-African, flagship scientific journal for African researchers — will address these issues, providing its authors a highly-visible platform that welcomes submissions from all scientific disciplines. Publishing all of its articles open access, the journal will be free to read, making the research it publishes easily discoverable and powering collaboration between researchers, institutions and countries.

“Elsevier has long been committed to supporting African researchers through the Elsevier Foundation and programs like Research4Life,” said Elsevier CEO Ron Mobed. “And we’ve spent years building systems and processes that enable researchers to efficiently and effectively communicate. Our business is finding ways to support and build the research ecosystem of tomorrow. But researchers have varying needs, and we try to put Elsevier’s expertise at the service of researchers wherever they are, and in the way that best suits them. I think Scientific African illustrates that fact perfectly.” 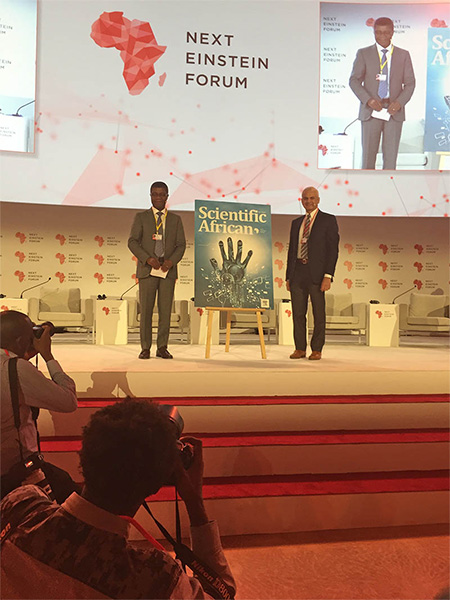 NEF has been a key player in developing excellence in scientific training for Africans and advancing the cause of scientific, educational and economic self-sufficiency on the continent. At meetings held at the inaugural NEF Global Gathering in 2016 in Dakar, Sénégal, NEF and Elsevier opened a dialogue on finding ways to solve some of the structural problems African scientists face.

NEF and Elsevier have created a modern, accessible publishing outlet for African researchers, staffed by NEF, headed by fellows from NEF’s Community of Scientists, and welcoming collaboration from institutes and scientists across Africa and beyond.

"Developing scientific capacity in Africa is a huge task that no single entity can accomplish alone,” said Dr. Benjamin Apraku Gyampoh, Editor-in-Chief of Scientific African and Lecturer in the Department of Fisheries and Watershed Management at the Kwame Nkrumah University of Science and Technology. “All hands are needed on deck, and every effort that can be marshalled should be channeled to raising the scientific profile of Africa. I believe Scientific African will play a key role, and in strong partnership with other initiatives, Africa will benefit overall."

EJ van Lanen is Senior Publisher, Food Science, at Elsevier, and his portfolio of journals includes Food Chemistry and Carbohydrate Polymers. EJ studied Philosophy, and he has had a long career in trade publishing, most recently as the founder and publisher of Frisch & Co, an ebook-only publisher of literature in translation. He was also the co-founder of Open Letter Books at the University of Rochester.

Marc Chahin is Executive Publisher in the Physics department of Elsevier Journals, responsible for the general Physics portfolio, including titles such as Annals of Physics, Physics Reports, Physics Letters A, and the Journal of Computational Physics. Before that, Marc worked in the International Journals and Partnership Publishing group of Elsevier, where he managed a portfolio of 80+ journals in various disciplines from universities and societies in the Middle East and Africa.

Marc and EJ are working together with the African Institute for Mathematical Sciences - Next Einstein Forum on launching a new African-based, open access megajournal for African research: Scientific African. 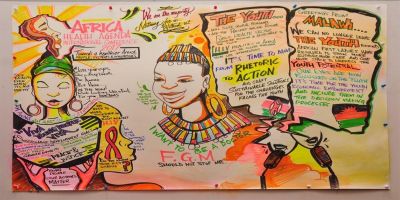 Africa in the era of sustainable development 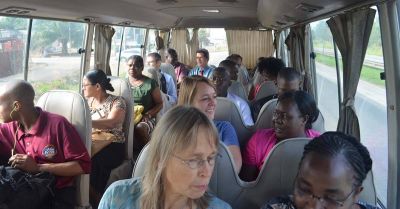 Building “future libraries” in Africa with UNESCO and CERN