As PharmaPendium turns 15, we reflect on our collaborations with pharma companies, regulatory agencies – and the researchers who use it

This year marks the 15th anniversary of PharmaPendium. From its inception as the industry’s first platform for translational drug safety decision support, it has evolved into a unique and comprehensive research solution providing access to searchable regulatory documents; comparative safety, pharmacokinetic, efficacy, and metabolizing enzyme and transporter data; and predictive risk analytics.

Each innovation was possible because of key partners in the pharma community. They worked closely with us because they were invested in the vision of better access to evidence supporting successful drug development.

Here are a few lessons we’ve learned over the past decade and a half, thanks to those collaborations:

1. Consulting with experts gets an innovative concept off the ground.

The initial concept for PharmaPendium was to deliver online access to high-quality drug safety content, including searchable regulatory documents from the US Food and Drug Administration (FDA) and European Medicines Agency (EMA). Such a research solution did not exist at the time, and the idea was ambitious. PharmaPendium would need to provide evidence for go/no-go decisions and regulatory submissions in the high-stakes world of drug development, so our team would require a deep understanding of the questions users would want to answer.

In 2006, this understanding was gained through extensive input from preclinical researchers with a deep familiarity with drug safety data and from investigators working for the FDA. The researchers helped the developers see what data users were interested in, how they might apply it, and what obstacles they faced in finding it.

The investigators revealed more about navigating the regulatory environment and how they might use such a solution for their own research into the adverse effects and toxicology profiles of drugs.

2. Build on success with further collaborations.

Our team continued working in this way, consulting with experts to ensure each innovation met the needs of eventual users. This approach doesn’t just apply to creating data discovery solutions, but also to building tools that use the data.

For example, in 2019 and 2020, Elsevier was involved in an important collaboration with the FDA: the development of a drug-induced liver injury (DILI) algorithm. In mid-2020, Novartis partnered with Elsevier to develop a novel prediction tool for assessing safety margin risks. It could predict the clinical significance of potential off-target toxicity. This ongoing project also leverages PharmaPendium data.

Cooperation with experts ensures that development takes the right direction. Above all, it guarantees that the innovative ideas for how to make data discoverable and usable are the right fit for the people who need the data.

Back in 2006, members of the PharmaPendium development team were naturally happy with the positive reception of the solution as a resource for safety and toxicology data as well as searchable FDA and EMA documents. However, they also wanted to know what else would be useful to pharmaceutical industry researchers.

The number one response from users was high-quality, reliable pharmacokinetics data from both nonclinical and clinical studies to help with better dose-response estimations and relevant animal model identification. Therefore, the team looked for a partner to help ensure the new module would deliver the required data in the right way.

4. Keep listening to your users.

The main collaborator in the development of PharmaPendium’s Pharmacokinetics Module was a major global pharmaceutical company. Researcher feedback on prototypes of the module helped shape its final form as a solution for accessing multiple exposure parameter measurements under a variety of experimental conditions. In 2010, the Pharmacokinetics Module launched, helping users predict human responses to drugs more accurately.

This module would be followed in 2013 by the Metabolizing Enzymes and Transporters Module. This increased PharmaPendium’s utility as a decision-support solution by giving users far greater insight into drug–drug interactions and potential adverse reactions. This was another popular data area for users.

Interviews with customers also gave the initial direction to the Efficacy Module, launched in 2015. It added over 1.4 million efficacy observations extracted from FDA and EMA drug approval packages, extending the decision-making power to clinical trial questions.

Its further development owes a great deal to close collaboration with seven pharmaceutical industry partners and one major regulatory authority. Once again, this level of cooperation was essential to the success of the new innovations to the solution, which could now address the three key pillars of drug development: safety, efficacy and delivery.

This level of industry cooperation would come into play again during the development of the second Drug–Drug Interaction Risk Calculator (DDIRC). The first DDIRC had been introduced in 2017 as a way to leverage the data in PharmaPendium to support predictive risk calculation. Users could calculate the likelihood of a candidate drug presenting a risk due to its interactions with other pharmaceutical substances. In 2019, the development team came together with seven industry leaders, including Boehringer Ingelheim, Eli Lilly, Pierre Fabre, Sanofi and Servier, to create the updated version. Designed to help specialists in drug metabolism and pharmacokinetics (DMPK) and clinical pharmacology improve patient safety and reduce the risk of harmful drug–drug interactions, DDIRC 2.0 launched in early 2021.

6. When the focus is on the research community, everyone will benefit.

PharmaPendium’s story is not only about pharmaceutical industry and regulatory authority partners supporting its development. The spirit of collaboration has ultimately benefited researchers — and the patients who gain access to new and safer treatments.

This research solution is at the heart of many important and innovative projects; those presented here are just two examples.

For 15 years, PharmaPendium’s development team has worked closely with partners to ensure that each development was successful and fit for the purposes of the industry. Our collaboration has resulted in improved access to crucial comparative safety, pharmacokinetic, efficacy, and metabolizing enzyme and transporter data as well as increased searchability of regulatory documentation. The PharmaPendium team is also working to evolve to be a best-in-class predictive toxicology risk solution in the industry.

This approach has helped improve patient safety and accelerate the journey of drugs from idea to successful launch.

We can’t wait to see what the next 15 years will bring. 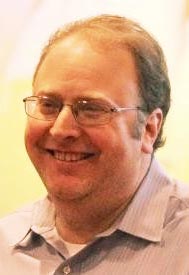 Neal Katz is Director of Marketing for the Risk Management portion of Elsevier’s Life Science portfolio.  He has over 25 years of experience in bringing IT and SaaS solutions to market. He lives in Bridgewater, New Jersey, USA.

Demystifying the COVID-19 vaccines: 6 things you need to know