Citations are vital to scientific progress. They help ensure appropriate credit is given and serve to place a researcher’s work in the correct academic context – context that changes if an article has been changed or retracted.

The problem of continued citations to retracted articles is well-documented1,2,3. But what happens when researchers use and cite a corrected article without taking the content of the separately published correction notice (erratum or corrigendum) into account?

At Elsevier we are piloting a program to make researchers aware if an article they’re reading has subsequently been corrected.

When a researcher cites an article that has published a correction, the impact might be small. It might simply be a spelling error in an author’s name or a missing legend. On the other hand, the impact could be very significant: for example, if the citing article uses an erroneous result in such a way that the small error makes the difference between a positive or a negative result in the citing article.

The size of the problem is amplified when looking at the number of errata and corrigenda issued by publishers: in the past few years, the number has been more than an order of magnitude larger than for retractions.

How are researchers currently alerted to corrections?

While corrections could be made to the original article instead of via a separate correction notice, such a process would raise questions about the version of record and go against our principle of safeguarding the integrity of the scientific record. It would also require major re-engineering of the entire submission-to-publication workflow.

In full-text article databases like ScienceDirect and abstracting-and-indexing services like Scopus, notifications like “this article is referred to by an erratum” or “this article has an update notice,” together with a link to the respective erratum or update, alert readers to corrections.

However, if the user directly downloads the PDF of an article that has subsequently been corrected, such a message can be missed. What’s more, the Crossmark link, which provides information on whether corrections have been made since the PDF was downloaded, might be overlooked.

While this won’t help with PDFs that have been downloaded prior to the correction notice being published, in other situations it will reduce the risk of corrections being missed in further research.

We will apply this process to corrigenda, errata and expressions of concern. Retraction notices will also be included at a later date such that the PDF download of a retracted article, though already clearly indicated as being retracted, will immediately result in downloading the associated explanatory retraction notice too.

Finally, for purposes of transparency, the resulting and extended PDF will also be the one that is shown in the PDF Reader on ScienceDirect.

Elsevier has begun piloting this program and has already done so retrospectively for 600 articles. Following a successful pilot, we will work to roll out this feature to journals more broadly – watch this space! By offering more transparency about the current status of publications, we hope to support researchers in confirming the validitiy of their own research, as well as provide another way for them to establish the trustworthiness of publications they read. 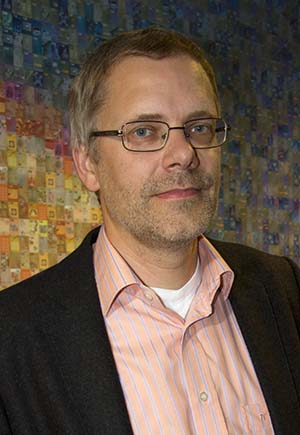 Dr. IJsbrand Jan Aalbersberg is Senior VP of Research Integrity for Elsevier. After joining the company in 1997, he served as VP of Technology at Elsevier Engineering Information from 1999 to 2002. As Technology Director in Elsevier Science & Technology from 2002 to 2005, he was one of the initiators of Scopus, responsible for its publishing-technology connection.