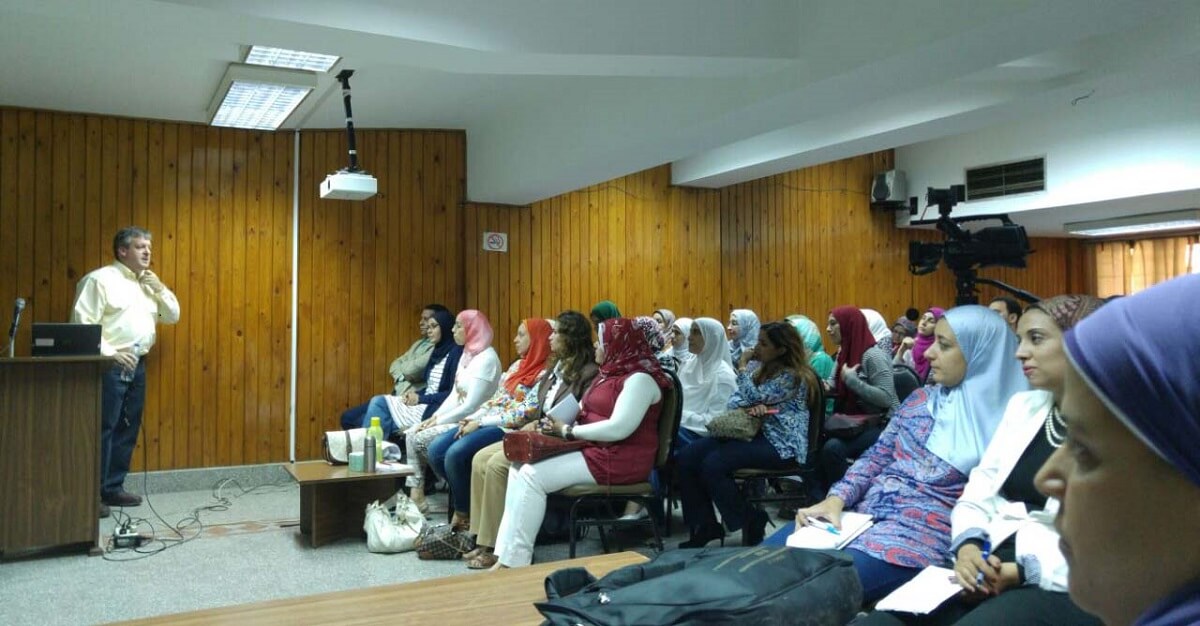 From discovering a research topic to submitting a final draft, getting a scientific paper published can be an arduous process for any researcher, especially for those who are not equipped with the best resources. Accessing these resources is less of an issue for Egyptian researchers, who are now able to freely access a wide range of products, journals and services from Elsevier, following a national license agreement with the Egyptian Knowledge Bank (EKB) last year.

The collaboration makes it possible for any Egyptian citizen to access products such as ScienceDirect and Scopus as the nation strives towards becoming a knowledge-based society.

These newly available resources are undoubtedly useful for students and researchers, yet being able to make the most of them to get a scientific article published requires a certain amount of know-how and expertise.

With this in mind, a team of thought leaders and experts from Elsevier became inspired to share their insight by giving seminars across the country to help Egyptian researchers with some of the challenges they face during the publishing process.

In September and October, the team went on two author seminar tours, reaching 10 universities in five cities. In total, 14 seminars were given, with over 1,200 participants overall – a number that exceeded expectations.

“The turnout was great,” said Ingrid van de Stadt, Regional Marketing Director at Elsevier. We had scheduled for seven seminars, and then while we were doing it, the rumor spread, and representatives of faculty were coming up to us and asking if we had time to go to other universities, and so we did.

“In the last seminar, at the Library of Alexandria, the workshop was full, and about 300 people were waiting outside. I had to shorten my presentation to be able to present to everybody who showed up!” 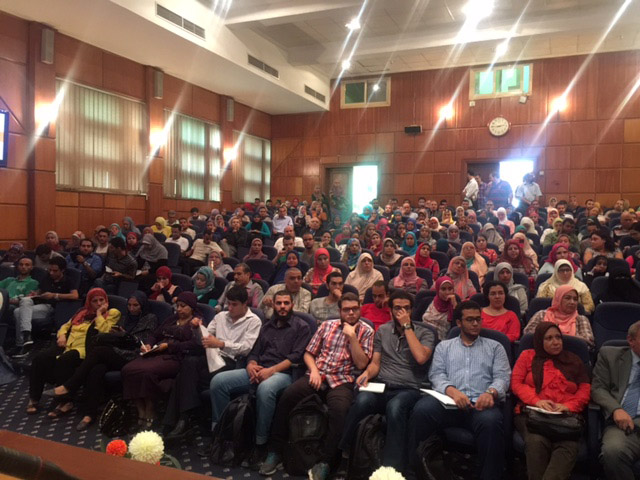 The workshops were popular with good reason. Publishing articles is the lifeblood of academic research, and this is no different for young Egyptian researchers hoping to make an impact in their fields. Reflecting on the workshops on Cell Press’s Crosstalk blog, Dr. Stephen Matheson, Senior Editor at Cell Reports, wrote:

The challenges faced by these institutions and their scientists are generally universal: competition for resources to fund research, frustration with journals and reviewers who take too long or act with apparent caprice, concerns about apparent bias in peer review … and mundane but serious struggles that make up the day-to-day life of a research scientist.

These kinds of challenges are commonplace, and it is hoped the resources made available by the Egyptian Knowledge Bank will help researchers tackle them. Mohamed Gaafar, Customer Consultant for Africa, gave a workshop on how a selection of Elsevier tools can guide researchers through “the modern knowledge cycle” as they navigate the stages of the publishing process.

“The modern knowledge cycle is all about exploring your subject area,” Gaafar explained. “Researchers can go to Scopus and search for some statistics about their area of interest, then afterwards can build their own reading list using the full texts of ScienceDirect, which can then be organized and shared for collaboration using Mendeley. Researchers aren’t always aware of these modern tools, so it is important for us to go the extra mile to communicate how they can use them in their day-to-day research activities.”

Helping researchers get the most out of the resources available to them is of key importance for the development of Egypt as an education hub in the Middle East. What was striking for those who gave workshops was the sheer amount of interest in the events, and the fact that the majority of those in attendance were women – both of which reflect a vast and promising research community.

A driving force behind Elsevier’s collaboration with the Egyptian Knowledge Bank is the desire to support this research community and help it grow. “These researchers are asking for our help to spread the word,” van de Stadt said, “and we are enthusiastic to do just that and help Egypt’s mission toward moving forward into a knowledge-based economy.”

Several steps are already been taken to make this possible in the near future by connecting Egyptian researchers via events and activities like the author seminar tour. For example, a Facebook page has been created called Elsevier Community, which is already connecting over 900 researchers who are able to share their research interests with Elsevier and each other. “We are building a community,” Gaafar said. “We have a lot of subscribed researchers who are using our tools and are passionate about them, so we are always thinking about how we can help them and leverage their interest into the research community.”

Those who gave workshops said they were also encouraged that Egyptian researchers share the same concerns as other research communities from throughout the world.

“The main thing I came home with was that the young scientists who came up to me were asking questions that were exactly the same kind of questions that a student at Colorado State University would ask,” Dr. Matheson said. “And there was just something delightfully universal about that.”

For the organizers of the event, this universality suggests that with the right resources, researchers in Egypt will be empowered to realize their nation’s aspiration of becoming a global, knowledge based economy. 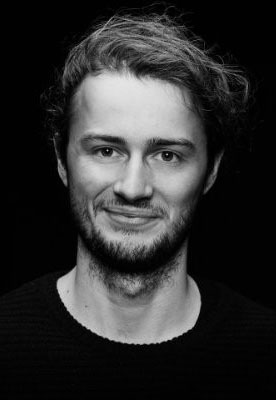 Samuel Credgington is Elsevier’s press office intern, connecting journalists with the company and making sure the world knows about Elsevier’s latest news. He recently completed his MSc in Medical Anthropology and Sociology at the University of Amsterdam, and conducted his research at a clinical trial center in the Netherlands. 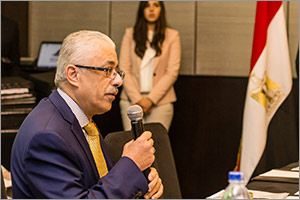 Getting global exposure for local research through open access publishing