Autonomous vehicles are coming to our streets. They will come in various guises: either completely driverless, sometimes without even the need for a steering wheel, or in a hybrid form combining manual and autonomous driving. As yet, we do not know how they will fit into our lives. Nor, do we know how these cars will change our societies. This is precisely why researchers – with expertise ranging from technology to social sciences – are investigating the impact of autonomous vehicles on our lives and on the way cities will be designed in the future.

According to previous studies on driving behavior, it has been found that people enjoy manual driving and have a symbolic-affective relationship with their cars associated with freedom and status.

Despite this, the results of a recent international questionnaire on public opinion on automated driving suggest that the public is excited at the prospect of a self-driving car, particularly on highways. The trouble is, we have not achieved full automation yet. However, hybrid options could soon be a reality on the road to full automation. The success of hybrid options depends on the driver’s ability to resume control of the vehicle, a lynchpin for the development of this technology. In the article selection below you’ll find the open access paper on the results of a driver simulation study on drivers’ ability to resume control from an automated system.

To get the public to buy into this concept, companies and researchers first need to trial self-driving vehicles. This can only happen in a favorable policy environment. Without a transition period where countries legally allow driverless cars to be tested on their roads, it will be difficult to further refine the technology. What is more, if we do not rigorously test it, the question of how to trust millions of people to use it remains. Examples of countries making a special effort to allow these tests are the Netherlands and the United States.

Another challenge is that we currently do not know how autonomous vehicles will be used for mobility in the future. Recent research points to three possibilities:

The reality will probably be a combination of the three.

One study, which simulated a shared fleet of automated taxis in an urban area, found that one such vehicle could substitute for 10 private vehicles. But it would be traveling 11 percent farther because it would be empty when it drove to pick up its next passenger.

In the future, traditional public transport could involve larger automated vehicles. In this case, sharing would mean not just one car servicing one person after another, but multiple passengers sharing the car itself. In some cities, the taxi service Uber already offers uberPOOL, which allows more than one client to share the car. Smart routing algorithms will determine the efficiency of such systems.

Before driverless vehicles become more common, people need to accept them. The absence of a driver in automated public transport to avoid bad behavior, like harassment or robberies, may be problematic. The level of public acceptance will determine how autonomous vehicle services evolve; whether they tend toward single-service taxis or larger collective vehicles. The latter offers the possibility to have more passengers on board and possibly a reduced likelihood of misconduct by one passenger against another.

Finally, passengers' experience in driverless cars will also be key to their success. Its attractiveness will depend on how they perceive the journey during travel time and on the car's environment. Many people already associate autonomous vehicles with the ability to sleep, watch movies or read while they are on their way to their destination. Autonomous vehicles could therefore have redesigned interiors, more like a living room than a traditional car.

As people already imagine the luxury driverless cars could bring, there may be a tension between optimizing user experience and the efficiency of the system. Automated vehicles may, in the future, be routed to minimize the total costs in the network, rather than the benefit of a particular person. It may require finding a balance between a highly optimized system and an optimized user experience. The road to autonomous vehicles becoming mainstream is uncharted territory. For now, researchers are filling the gaps so driverless cars can one day become a reality.

Driving to driverless: an article selection on the future of autonomous vehicles

These articles are from Elsevier’s transportation journals. Those that are not open access are freely available until September 30, 2016:

Wondering where to publish your related research?

Explore the Aims & Scopes of the featured journals. One may be the perfect match for your paper:

Look at the open access information on the journal homepages or visit elsevier.com/openaccess 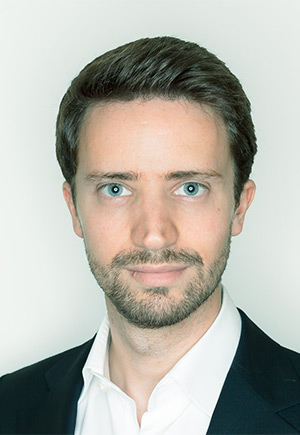 Dr. Gonçalo Correia is an Assistant Professor in the Department of Transport & Planning at Delft University of Technology in the Netherlands. He works on transport modeling, both on the demand and supply side. His main research interest is on understanding transport networks and their relation to spatial organization in urban environments. He has a PhD in transportation systems from the University of Lisbon, Portugal, and currently focuses on the impacts of vehicle automation on urban mobility.