Demystifying the COVID-19 vaccines: 6 things you need to know

By Tom Usher - May 13, 2021
In a recent webinar, John McConnell, Editor-in-Chief of The Lancet Infectious Diseases, talked about the safety of COVID vaccines and how they work on new variants. You can watch the webinar at the end of this story.

How will new variants affect the efficacy of COVID-19 vaccines? How do the vaccines work? Is it safe to vaccinate children?

These were a few of the questions answered in the recent webinar Demystifying the Covid-19 Vaccines. Broadcast in 27 countries across Zoom and YouTube while being simultaneously translated into French, Spanish, Portuguese, Italian, German, Polish, and Russian, the webinar featured John McConnell, Editor-In-Chief of Elsevier’s The Lancet Infectious Diseases journal, in conversation with Ylann Schemm, Director of the Elsevier Foundation. The took questions from the general public to address some of the misinformation around COVID-19 vaccines.

View an infographic based on this webinar

Here are six of the biggest talking points from their discussion:

1. Why are vaccines important?

COVID-19 has brought about a lot of denialism when it comes to medical science. From the rejection of preventative measures like social distancing and masks, to denying how dangerous the virus can be and even claiming it’s a hoax, the internet has been awash with misinformation and conspiracy theories since the pandemic began. And while anti-vaxxers have been around for a while, they’ve certainly come to the fore in the last year.

So why are vaccines so important to combat COVID-19?

“I don't think we would be able to find a way out of the pandemic very quickly without vaccination,” John said:

Eventually, without vaccination, the majority of the world's population would become infected. …  with the virus that causes COVID-19 (SARS-Cov-2). However, that would be a long-winded process, and during it, an awful lot of people would die.

While the infection fatality rate of 0.5% may seem low, he said, across a global population rate of 8 billion, up to 50 million deaths would occur without a vaccine and a reliance on natural herd immunity.

“The data is already starting to come out from countries which began their vaccination programs a few months ago (on) just how effective vaccination is in reducing serious illness, hospital admissions and deaths and even in reducing virus transmission,” John added. “So ultimately, vaccination is the quick way out of the pandemic.”

2. How do the vaccines work?

Vaccinations have been around for hundreds of years, with the first ever vaccine believed to be administered in 1796 for smallpox. And yet even with all that rich scientific history behind it, a lot of the general public are still unsure of just how they work — even more so when it comes to the multiple varieties of COVID-19 vaccines currently available worldwide.

“What vaccination does is expose our immune systems to a part of the virus in order to generate an immune reaction, so that when we encounter the real virus, our immune systems are already trained and primed, ready to respond to a genuine viral infection,” John explained. “Now, importantly, none of the vaccines include live coronavirus; they do not cause infection themselves, and they are not capable of causing COVID-19.”

The mRNA vaccines, which include those by Pfizer and Moderna, work in a very clever way by injecting a very simple message into ourselves, and that persuades the cells to generate the spike protein, and then our immune systems say, ‘Oh look, there's some spike protein there, that's foreign, I don't recognize that’ — and off they go generating an immune reaction.

When it comes to the AstraZeneca, Johnson & Johnson and the Sputnik V vaccine from Russia, they are what are called adenoviral vectored vaccines.

“What they do is they take an entirely different virus called an adenovirus, and everything is stripped out of the virus’s ability to reproduce itself, and the only genetic material that the virus contains is that message to produce the spike protein,” John said. “So when that vaccine is injected, the message gets into us and off it goes generating spike proteins — and they don't generate anything else.

“And finally we have a whole set of vaccines which actually take SARS-CoV-2 itself and deactivate it so the virus is dead, but it contains all the components on its surface, which generates an immune reaction. So, it's a pretty old technology that’s been around for 100 years or more.”

With the proliferation of scare stories about blood clotting and post-vaccination deaths, it’s no wonder the public might worry the vaccinations aren’t safe. But John said we have balance the small risk from vaccination against its great benefits:

People die from using stairs or falling out of bed, but we're more than happy to use stairs and beds. So we have to think about safety in the context of what we're trying to achieve.

The side effect the most people encounter when they get vaccinated is what's called reactogenicity. People tend to experience injection site pain, local soreness, a bit of inflammation. They may experience some headaches and fatigue and malaise — sort of flu like symptoms. But that is our body responding to the vaccine. So, if you do experience those signs and symptoms, then that's actually probably a good thing because it shows that your immune system is kicking in.

John showed charts by statisticians at Cambridge University that compared the risk of being admitted to an intensive care unit on a diagnosis of COVID-19 with the risk of serious harm from a clotting disorder as the result of the vaccine. The results were striking:

With such a wide range of vaccines available, a lot of people are starting to wonder if there is a hierarchy of sorts to the efficiency of the vaccines and whether the effectiveness of one may outweigh another. This could cause serious problems in the public’s willingness to accept the vaccine that is available to them in lieu of holding out for a “better” one.

“It's very difficult to compare vaccines side by side because the phase three trials that have led to the vaccines being approved all took place under slightly different conditions,” John explained. “I think what's important to know is that what we have seen so far from the routine use of these vaccines is that they are all pretty comparable.

5. What are the potential effects of new variants on the vaccine rollout?

A lot of the panic that has resulted in closing of international borders and expansion of track-and-trace and quarantines has been about new variants and strains of COVID-19 often mutating in localized areas across the world, such as the Brazil or the South African variant. With a virus as fast moving and highly adaptive as COVID-19, there’s a real fear the current range of vaccines won’t be able to cater to the new strains.

“Even the vaccines we have now, which are not designed specifically to respond to the new variants, are good enough to prevent the worst of COVID, so I remain optimistic that the vaccines we have will produce, in time, something close to a return to the life that we used to experience a couple of years ago,” John said. “However, I think it is likely that we will require revaccination maybe once every year, maybe a bit less frequently.”

But even if the current vaccines are mostly effective against new strains, is the technology around the vaccines fast enough to keep up with any new strains that might outdo them?

“Some of the companies have started working on versions of their vaccines which are modified specifically to generate immunity to the spike protein which is in the mutated forms of the virus, so that's happening already,” John said. “We will need to do clinical trials to make sure the new versions of the vaccines do actually generate the immunity, but I think it will be a process similar to what we have with seasonal flu vaccine, where the vaccines have been modified every year.”

6. Is it safe to vaccinate children and pregnant women?

With the current range of vaccines having been clinically trialed primarily on healthy adults, there are still concerns over the safety of vaccinating children and pregnant women.

“The first people to be vaccinated in clinical trials were done a year ago, and women taking part in those trials were asked not to get pregnant,” John said. “But (some) did get pregnant, and there have been absolutely no adverse health outcomes for the women who became pregnant during clinical trials or for their babies. A billion vaccine doses have been given around the world, and there is no indication that there is a problem in giving the vaccine to women who are already pregnant or intend to become pregnant.”

Where it becomes a bit more complicated is with children themselves, as trials are still ongoing.

“As part of the vaccination program, we're only just starting to get data on giving vaccines to children, so it’s going to take a while to roll out vaccines to them,” John said. “(Because) they could potentially be reservoirs for infection and for the continued circulation of the virus once the adult population has been vaccinated. Therefore I think we will continue to have to use some of these physical distancing interventions, even after the majority of the population has been vaccinated, and they may well include things such as wearing masks in enclosed indoor spaces.”

John McConnell, Editor-In-Chief of Elsevier’s The Lancet Infectious Diseases journal, in conversation with Ylann Schemm, Director of the Elsevier Foundation, addresses misinformation about COVID vaccines and takes questions from the public. 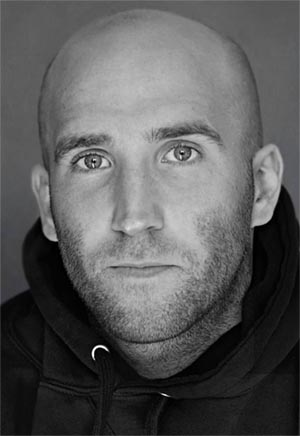 Tom Usher is a freelance copywriter, creative director and journalist who has written for publications like Vice UK, The Guardian, BBC, Dazed & Confused and The Metro. His interests include food, drink, politics, and being sad about the current state of Arsenal FC. He is based in London.

Infographic: How to answer 5 difficult questions about Covid vaccines

How good science communication can cut through the COVID “madness”