How is the LGBTQI+ community being affected by the COVID-19 pandemic? Medical experts discuss challenges and opportunities

By Sheba Agarwal-Jans, PhD - June 3, 2020
The webinar “LGBTQI+ in the time of Corona,” which you can watch below,” featured Dr. Peter Reiss, Professor of Medicine at the Academic Medical Center in Amsterdam and Director of the Netherlands HIV Monitoring Foundation; Dr. Sebastiaan Verboeket, PrEPnu physician-activist and PrEP user; Dr. Kees Brinkman, Professor of Medicine and HIV Internist at OGVG Hospital; and Peter Hayward, Editor of The Lancet HIV. It was moderated by the author of this story, Dr. Sheba Agarwal-Jans.

We are living in a strange new normal these days – indoors and afraid, like an epic Hollywood movie featuring a deadly virus, only this is real life. All over the world, people are self-isolating and practicing social distancing in the hope of curbing one of the fastest pandemics this generation has known.

While this has affected all of us to various degrees, what are the specific issues that affect the LGBTQI community in particular?

To answer this question, Elsevier Pride Amsterdam organized a panel of experts and hosted a live webinar. You you can the recording below.

Here are some of the key points from the discussion.

1. What is the SARS-CoV-2 virus, and are there similarities with HIV?

SARS-CoV-2 is a RNA virus that is part of a large family of coronaviruses, most of which cause mild cold-like symptoms, with a few exceptions like the one we are seeing today. SARS-CoV-2 infects the upper respiratory tract. In some cases, however, the virus can spread out of the lungs, causing a systemic infection.

In a lot of ways, this is reminiscent of the early days of the HIV epidemic, where researchers and doctors saw the first signs of infection were at the sites where the virus was replicating, which then resulted in a major inflammatory response, making the patient seriously ill. This has driven the approach to treatment: not only are we looking for drugs that will stop viral replication but also for medicine that can deal with this late, exaggerated inflammatory response. So there are two arms of susceptibility: to infection and to severe illness.

There are also similarities in the methods in which therapies and clinical trials are being conducted right now with SARS-CoV-2 and HIV, with a notable difference in time scales. The first drug trial of HIV was conducted 72 months after the outbreak, whereas drugs against SARS-CoV-2 are being tested four months into the pandemic. This is testament to how much more we know about viral infection and treatment today, thanks to the enormous amount of research that has already been done on HIV and other viruses.

2. What is the susceptibility of a HIV positive person to a SARS-CoV-2 infection? What about someone who is on PrEP?

At present, there is no evidence showing any differences in susceptibility between HIV positive people and the general population. In a way, the very lack of reports of HIV positive people coinfected with SARS-CoV-2 shows that there probably is not much correlation between the two. This is as expected, since anti-retroviral treatment of HIV positive people ensures a similar level of protection against infection as everyone else.

However, it must be noted that the reason we do not have enough data yet might be due to the reduced accessibility of marginalized groups to healthcare, including HIV positive patients. This is especially prevalent in developing regions like sub-Saharan Africa, where the health systems and infrastructure is already weak. With the increased burden of COVID-19, it is possible that HIV positive patients might not have access to their medicines, and this could perhaps increase their chances of contracting COVID-19 due to their weakened immune systems. Again, this is only speculation as there is no data.

Truvada, which is used for pre-exposure prophylaxis (PrEP) for HIV, is being studied as a possible prophylatic against COVID-19 (2), but there is still little data on this. However, since the mechanism of SARS-CoV-2 infection is different from HIV, PrEP is not expected to have much effect in preventing COVID19.

3. What is the burden on marginalized groups brought about by COVID-19?

Access to proper healthcare has become a serious issue for some marginalized groups. For example, HIV positive people rely on very specialized healthcare to treat their condition, which is overburdened right now by the corona pandemic. For example in Surinam, the small portion of healthcare dedicated to HIV treatment is being redirected to manage COVID-19, and they are bracing for a possible rebound in HIV infections as a result.

In the Netherlands, sexual health clinics are also being repurposed to carry out contact tracing work. As a result, people on PrEP are being told that since everyone is in lockdown, their risk for contracting HIV is lower, and they do not need to take it for the time being. It is very possible that when people return to normal life, the lack of PrEP could result in a spike in new HIV infections.

Doctors and scientists are worried that one of the fallouts of the corona pandemic could actually be a world wide increase in HIV infections. And that is scary.

4. Has the COVID19 pandemic left the LGBTQI community more vulnerable?

In general during times of crisis, marginalized groups are more vulnerable than majority populations due to their social determinants of health and socioeconomic status. For example, it has been reported that Black Americans are more susceptible to COVID-19, not necessarily due to biology but because of social inequality.

Social distancing and lockdown has effects on everyone, including increased stress, depression, loneliness, and anxiety for the future. Experiencing any of these makes most people less secure, but the effect is often more pronounced in minority groups like the LGBTQI community. In the HIV positive community, for example, the stigma of being infectious and “dirty” is heightened, as they are now perceived as being carriers for both HIV and SARS-CoV-2. This can create a lot of trauma, or recall previous trauma from the HIV pandemic.

Access to mental health services, including gender identity services for trans people, is also limited these days due to the increased burden on medical and healthcare services. There are members of the LGBTQI community who are suffering because they are trapped in lockdown with family who is abusive or not accepting of their gender identity. This may well be part of the reason there has been an increase in the use of domestic helplines during lockdown. The data on the effects of social distancing and isolation is being gathered now by scientists, so there are no concrete conclusions as of yet, but it is clear that these situations are potentially very damaging to many minority groups.

The good news is that at least in the Netherlands, the mental health services have adapted quickly and effectively to providing care online. There are local resources, organizations and charities in different countries, like the Switchboard LGBT+ Helpline in the UK, which provide support to people who are struggling.

Education and knowledge is critical to keep stigma at bay. However, one should understand that there is still a lot that is unknown about SARS-CoV-2, and this knowledge is changing every day. If we accept uncertainty as a given in a crisis like this, then perhaps it is possible to be less fearful and more empathic. This could result in less stigmatization and marginilization of already marginalized communities. 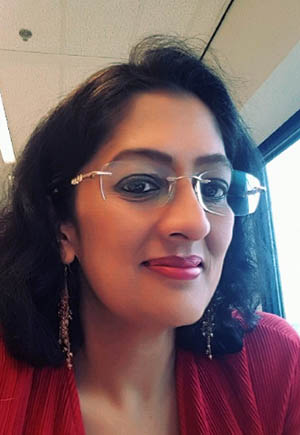 Dr. Sheba Agarwal-Jans is a Scientific Editor at iScience, published by Elsevier's Cell Press. Previously, she was a Publisher at Elsevier, managing the Microbiology and Mycology portfolio of journals in the Life Sciences department. Sheba is also the founder of the science communications blog We Talk Science, which brings evidence-based science to the general public.

Tips for publishing in nursing journals