CERN-driven open access initiative to take off, and Elsevier’s on board

SCOAP3 consortium will provide free access to about 3,600 articles on particle physics

Starting in January 2014, Elsevier’s high-energy physics journals Physics Letters B and Nuclear Physics B will be published under the new SCOAP3 model.

Elsevier and the European Organization for Nuclear Research (CERN) signed a letter of intent on July 12 formalizing their commitment to move these journals from a subscription model to an open-access model in which the content is free and open-access article publishing charges are paid by libraries rather than authors.Few other scientific fields have such an impact on society and deliver such fascinating outcomes as high-energy physics. To illustrate, here’s a quick glance at what’s come out of CERN, the Swiss-based particle physics laboratory:

Now, CERN is the driving force behind yet another milestone, this time in publishing. In 2007, the organization launched SCOAP3, the Sponsoring Consortium for Open Access Publishing in Particle Physics. CERN’s high visibility and enormous costs leaves them under great pressure to deliver outcomes that offer tangible benefits to society. In addition, scientists in all four LHC experiments showed a strong preference for publishing results in open-access journals. With these factors in mind, CERN initiated SCOAP3 to convert the main high-energy physics journals to open-access journals by redirecting funds from library subscriptions to centrally cover article processing charges.[caption id="attachment_25926" align="alignnone" width="800"] 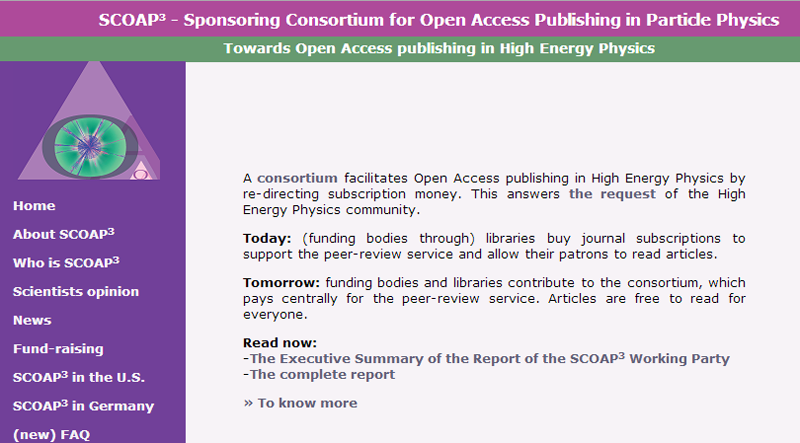 Which parties are involved in SCOAP3?

Redirecting funds – how does SCOAP3 work?

The consortium is officially led by CERN but consists of funders, agencies and libraries from across the world including the Centre National de la Recherche Scientifique (CNRS), the Instituto Nazionale di Fisico Nucleare (INFN), Fermi National Accelerator Laboratory; OhioLink and the National Laboratory for High Energy Physics in Japan (KEK).

SCOAP3 will provide open access to about 3,600 articles from 10 journals in partnership with 11 publishers and learned societies, including Elsevier. These journals were selected in a tender procedure led by CERN, on behalf of SCOAP3, on the basis of the quality of the journals, the quality of services provided – as measured by reuse licenses and delivery formats – and the unit price for publishing each article. Elsevier’s participating journals are making all of their content open-access under the agreement.[caption id="attachment_25932" align="alignleft" width="174"] 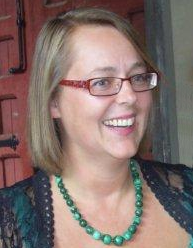 Charon Duermeijer, PhD[/caption]The SCOAP3 agreement stands for something much bigger than just changing the way the publishing process is funded, explained Dr. Charon Duermeijer, Publishing Director and Head of Elsevier’s physics journals, who has a PhD in geophysics.

“This cooperation shows what can be achieved if two parties truly engage, listen to each other’s interests and needs, and develop a relationship based on trust,” she said, “Our combined efforts will result in an even stronger high energy physics community with strong core journals supported by the researchers themselves.”

Dr. Duermeijer explained that these core journals will further streamline the dissemination of high-energy physics research in the years to come. “We are confident that that SCOAP3 is only the beginning of many more initiatives coming from this community,” she said. “They have always been at the forefront of exciting new developments, ranging from extremely complex large-scale experiments to finding the smallest particle in the universe. We are looking forward to many exciting years ahead.”[divider][caption id="attachment_12575" align="alignright" width="110"]

Harald Boersma (@hboersma) is Director of Global Corporate Relations at Elsevier, based in Amsterdam.