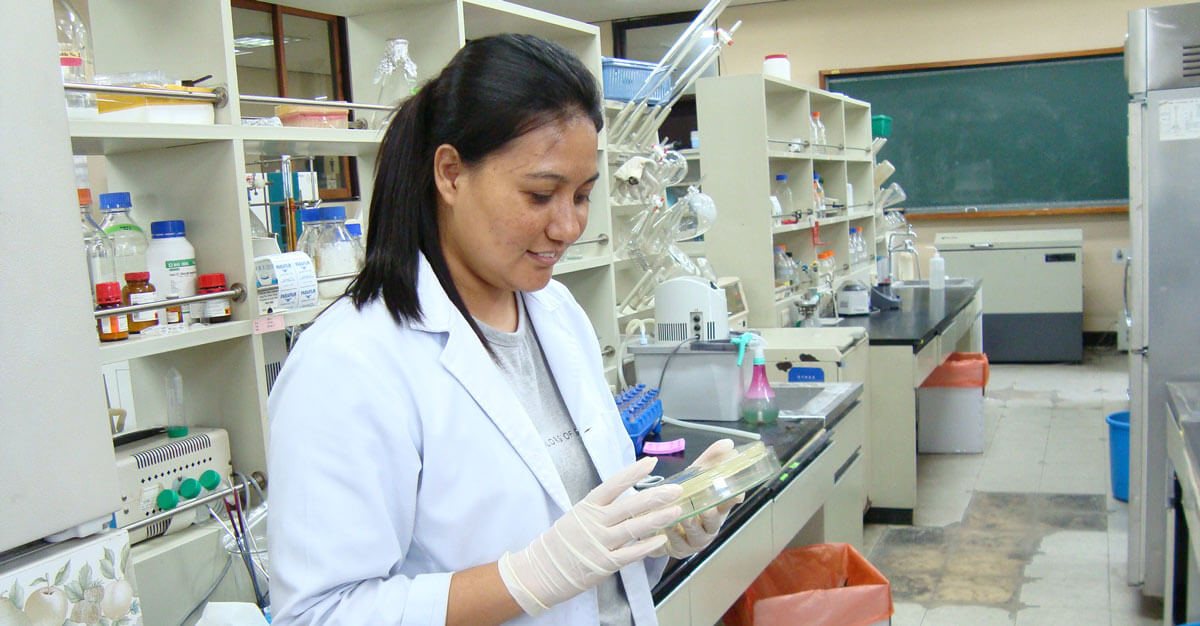 Dr. Susila Maharjan, last year's Elsevier Foundation awardee in biological sciences, found a powerful new antibiotic in the soil of the mountains in her native Nepal.

It is well known that women generally take fewer STEM courses than men in college and that the numbers of women in science tend to taper off the further up the career ladder they go (often described as the “scissor effect” because of the shape of the graph this produces).

Yet in engineering, technology and innovation, this trend may finally be turning around. Entrepreneurial activity by women has increased by 7 percent across 61 economies since 2012, according to the Global Entrepreneurship Monitor 2014 Women’s Report, which counted more than 200 million women entrepreneurs across the globe.

This year for the first time, the Elsevier Foundation Awards for Early Career Women Scientists in the Developing World are honoring women's contributions to engineering, innovation and technology.

The next Elsevier Foundation Awards for Early Career Women Scientists in the Developing World are honoring women's contributions to engineering, innovation and technology.

If you know an outstanding women scientist who has received her PhD in the last 10 years and is from one of the 81 eligible countries in these fields, you can nominate her here. The deadline is September 15, 2016.

Each winner will receive USD $5,000 and all-expenses-paid attendance at the American Association for the Advancement of Science (AAAS) Annual Meeting in Boston February 16-20, 2017, where the awards ceremony will take place. Previous winners say the awards have increased the visibility of their research and created new opportunities for collaboration and support. The awards are sponsored and organized by the Elsevier Foundation in partnership with the Organization for Women in Science for the Developing World (OWSD) and The World Academy of Sciences for the advancement of science in developing countries (TWAS).

These are precisely the areas where women's interventions and insights can be especially valuable and transformative. Here are three examples of innovations by women that encapsulate what can happen when inquisitive and creative scientific minds from diverse sections of communities around the world have the opportunity to develop their thinking around a problem they desperately want to solve — either because they are simply curious or because they believe it will be of benefit to them and to their communities.

A low-cost alternative to incubators

Jane Chen, a Taiwanese American entrepreneur, was passionate about providing low-cost solutions to the critical problem of infant mortality in the developing world. Her company Embrace created two versions of an “infant warmer” — a low cost sleeping bag for babies with a removable wax insert that can be heated and has been used instead of incubators in hospitals throughout India, saving babies born prematurely or with low birth weight. This invention, which at $200 is a fraction of the cost of a traditional incubator, is estimated to have helped over 150,000 babies to date.

Juliana Rotich of Kenya is a technology entrepreneur with the ambitious goal of building free open-source software internet access for Africa. Her company, Ushahidi, developed BRCK, a “rugged internet for people and things” – a self-powered mobile WiFi router that has on-board battery and storage, maintaining a reliable internet connection even when the power goes off. The name BRCK reflects its sturdy brick-like shape.

A more personalized voice for the speech impaired

“Losing our voice” is often a metaphor used to describe loss of identity. Dr. Rupal Patel, a speech scientist on the faculty of Northeastern University in Boston, wanted to literally restore their lost voices to the millions of people worldwide who suffer from severe speech impairment. But rather than provide a disembodied, technical voice, she wanted to give them back their identity with a personalized voice not too dissimilar from their own. She developed VocaliD, a technology which can pair the limited sounds the speaker is able to produce with a “donor” who is a close match to the recipient in terms of size, age, sex and region of origin. The sounds are combined and a new voice manufactured, giving people who can’t speak the ability to communicate in a voice that closely embodies who they are.

By definition, to find a solution to a problem that has been around for some time requires “thinking outside the box,” but it also requires the identification of a specific problem that perhaps no one else with the technical or technological skills has noticed. Or it may be awareness of a problem related to local issues, an obstacle to moving the work of everyday life forward (3D printer replications of water tanks for clean water, a new strain of coffee resistant to rust, a smart phone application that brings the market price for tomatoes to isolated farmers). Innovators need a sound knowledge of the remedies that have already been tried — what has worked and what hasn't — and a clear goal in mind. In particular, the solutions provided must be developed in consultation with those affected; otherwise those solutions may create new problems.

A good example is how projects intended to improve water collection, sanitation and distribution in rural villages in Nepal have had a negative impact on the daily lives of the women they sought to help, unintentionally increasing their water collection time (sometimes as much as four or five times) after the improved water services were installed. (See WaterAid in Nepal Report, July 2009, downloadable from wateraid.org/np). For example, when tap stands and tube wells are located along the road side, women and girls will not bathe there or wash the clothes they use during menstruation for fear of being seen by men. So to avoid this, women in Hile village in east Nepal (which is in the hills and has a cold climate) carry water all the way to their homes several times each day. In three villages on the Tarai plain in west Nepal, women reported waiting until dark to undertake these activities. They did not have this problem when they used more distant traditional sources, where there was no chance of men being around.

For all these reasons, it is important that we encourage women from developing countries to take up engineering, innovation and technology at university and beyond. When women are successful in these subjects, they can make life-changing contributions, identifying problems that others may not be aware of, finding solutions that others have not thought of, and in this way providing long-term improvements to the lifestyle and economies of women and men in the poorest countries. The Elsevier Foundation awards program celebrates these still too-rare women, empowers them to continue their work at an international level — and holds them up as role models for others to follow.

In addition to administering the Elsevier Foundation awards, the Organization for Women in Science for the Developing World (OWSD) provides research training and networking opportunities for women scientists throughout the developing world at different stages in their careers. A key activity is the South to South PhD Fellowships program, which has been generously funded by Sida (the Swedish International Development Cooperation Agency) since 1997. OWSD administers the fellowships and provides all associated costs, including travel, accommodation and monthly stipend, to enable young women from sub-Saharan Africa and least developed countries to undertake PhDs at a host institution of internationally recognized research excellence in the South to access necessary equipment, resources and expertise. OWSD was founded in 1989. 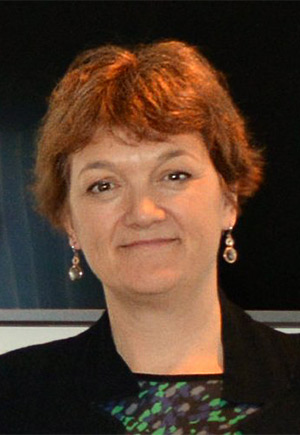 Tonya Blowers is Programme Coordinator for the Organization for Women in Science for the Developing World (OWSD), based in Trieste, Italy. She has a PhD in Women and Gender from the University of Warwick (UK) and has developed science communication courses for PhD students in neuroscience, biology, physics and mathematics.

Before joining OWSD, Tonya was Staff Writer at TWAS (The World Academy of Sciences), editing the newsletter and website and contributing many articles on science in developing countries. 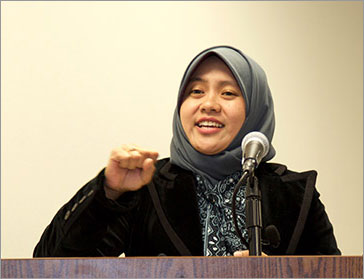