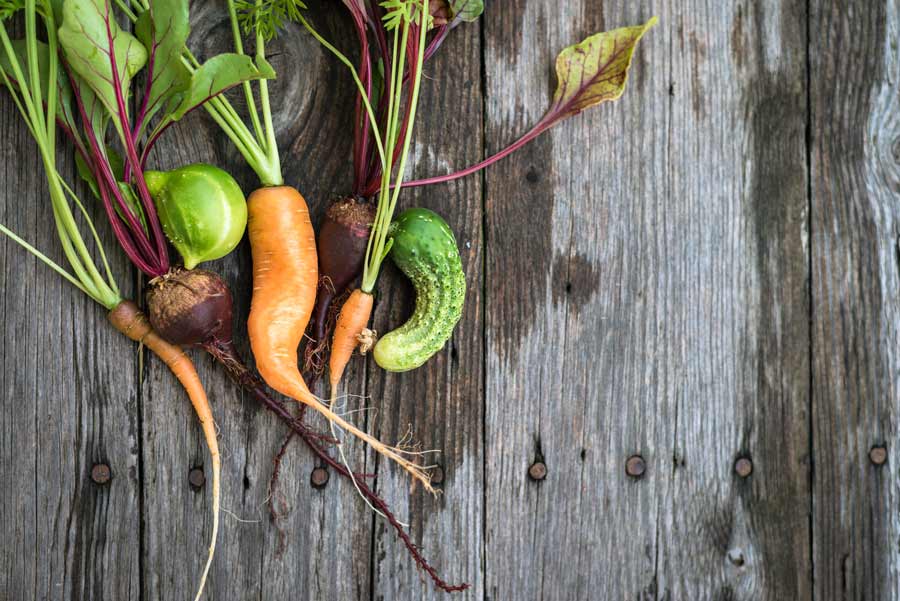 Food waste in the sharing economy

In a world where people go hungry, it might surprise you to learn that up to 40 percent of food produced in the United States is never eaten. While the reasons vary, similar problems of food waste exist in many parts of the world. But Atlas award-winning economists reporting in the journal Food Policy have encouraging evidence that more of these surplus or imperfect food products can find their way out of the rubbish bin and into the marketplace. In fact, they say, there are already apps for that.

“Food waste is a huge problem,” said Timothy Richards, an economist at Arizona State University’s Morrison School of Agribusiness. “The latest estimates from the Department of Agriculture put the annual value of wasted food at $165 billion. It amounts to about 30 percent of all the food we produce…When you consider the fact that 80 percent of freshwater in the U.S. goes to irrigate crops, we’re basically throwing 25 percent of all of our water directly into the landfill. It’s a huge problem for the environment, food security, and economic efficiency. It cuts across a lot of different dimensions we’re concerned about.”

As Richards and his colleague Stephen Hamilton, California Polytechnic State University, explain, large quantities of food are being wasted even as the world’s growing population is expected to reach 9.7 billion by the year 2050. In the U.S. alone, wasted food consumes a quarter of freshwater supplies and 300 million barrels of oil each year. Wasted food also accounts for nearly 20 percent of the solid waste that makes its way to landfills.

“Food waste occurs at virtually all stages of the supply chain from farmer to retailer to consumer, resulting in the disposal of potentially usable food in nearly every sector of the food system in the distribution channel between farmers and consumers,” Richards and Hamilton write.

While most efforts to curb food waste had focused on consumers, reductions in food waste also must look upstream. Recently, that’s begun to happen in the form of commercial peer-to-peer mutualization systems (CPMSs), or sharing-economy firms. Think of them as the Ubers of the food economy.

The goal of such markets is to find a way to match leftover or undesirable food with people who are willing to buy it. In the new study, Richards and Hamilton set out to explore just how viable markets built around food that would otherwise be wasted might be. The question was: Can wasted food be sold for a price or even a profit?

Their analysis based on data from a CMPS in California called Imperfect Produce shows that it can. As Richards explains, Imperfect Produce is built around an app. That app allows farmers to list food items that are perfectly usable and nutritious but that for some reason aren’t suitable for the supermarket. Perhaps they are too big, too small, too crooked, or too curvy. Imperfect Produce offers those rejected food items at a discounted price, offering customers the opportunity to do their part by keeping good food out of the landfill while saving them money.

San Francisco-based Imperfect Produce launched in mid-2015 with about 1,000 customers. By early 2017, it had over 7,500 customers. Richards and Hamilton’s model shows that it’s also poised for continued success. As demand for their imperfect products grows, supplies coming from growers increase. As the number of growers and products expand, more buyers come on board, too.

The findings show that secondary markets for food have the key elements needed to succeed. If policies encourage participation even further—giving growers tax write-offs for the foods they list on these sites, for example—these markets could become even bigger and more successful.

“We found there’d be a multiplier effect,” Richards said. “If, say, we give a 25 percent tax break and allow farmers to write off the value of what they put on these sites, it would lead to a 60 percent increase in the quantity of food in these markets. It’s a cheap way to move toward a solution—not the ultimate solution but a solution to get rid of surplus food.”

Richards says there are already a dozen or so similar companies operating in California. He predicts companies that succeed in California or elsewhere will gradually expand their operations. According to its website, Imperfect Produce has already saved 19 million pounds of food, 772 million gallons of water, and 42 million pounds of carbon dioxide, while saving its customers $6.5 million on groceries. If you don’t happen to live in the Bay Area, Richards says, keep an eye out for similar operations in your own neighborhood.

A Conversation with Timothy Richards

Atlas spoke with Timothy Richards from Arizona State University about food waste and the sharing economy.

Atlas: What kinds of efforts are in place to reduce the waste?

Timothy Richards: There are a number of efforts, both public and private. There are no formal federal programs to deal with the problem of food waste head on. The subject of our research is really private efforts. Markets have arisen over what used to be called “gleaning”—taking food from fields that was deemed surplus or imperfect or something and somehow getting it to market. In the last five to ten years, there’s been rising investment in food waste. People have been realizing the magnitude of the problem and just how much useful food we do throw away.

Atlas: What is a commercial peer-to-peer mutualization systems or CPMS?

Timothy Richards: It’s fancy terminology developed in the business literature to describe essentially shared economies. Everyone is familiar with Uber and AirBnB and TaskRabbit. Basically, someone owns an asset and finds a way to make a market. Whether it’s a rental or sharing, it’s making use of something that used to be in surplus.

Atlas: How does this work in agricultural world?

Timothy Richards: We focused on Imperfect Produce. They’ve got an app. It’s all tech-based. There’s an app on the phone and say a farmer raises artichokes but they’ve got some that are big or small or blemished and a retailer wouldn’t take them. They click on the app and say, “We have a bin of artichokes available.” Imperfect Products picks it up and takes it to its warehouse in San Francisco and delivers it to its customers. They are a medium of exchange between a farmer and a buyer. It’s based in the Bay Area, but they’re growing to facilitate exchange of surplus food.

Atlas: Are the buyers regular people or grocery stores?

Timothy Richards: Generally, they are regular people. That surprised me at first. You’d think restaurants might be interested because if you mash it or put in a dish it doesn’t have to look perfect like fresh produce does in the store. But it turns out that 99 percent of their customers are regular people who heard about the site and wanted to be part of the solution and participate in removing this “lost food” from the system.

Atlas: What were your key findings?

Timothy Richards: Our goal was to see whether these CPMS in surplus food would work. There are technical conditions that need to be met for retailer to succeed. We had the data and found they are doing really well. They’re getting more suppliers leading to more buyers, leading to even more suppliers and even more buyers. It’s a virtuous cycle of success. The basic conditions for success are met. On the other side, if these markets arise and we can have a price for surplus food then the question becomes: how effective would a policy be if we gave growers a tax refund if they put food on these platforms.

Atlas: How encouraged are you?

Timothy Richards: You know, a lot. We’re econometricians. There are lots of technical details that make us optimistic, but the most important thing with these companies is how many of them there are. There are probably a dozen of them in California. They’re run by young, smart, entrepreneurial people who recognize there’s a market-based solution to a fundamental problem in the food economy. It makes me feel good because I tend to think markets work well and this is a great example of markets working really well to solve an otherwise intractable problem.

Atlas: Can we expect to see these companies catching on elsewhere?

Timothy Richards: There are at least a dozen of these companies operating in California. California is an easy market. It tends to be the most active food economy. So people tend to think these companies will do well there. The best business models will prove out and spread to the rest of the country. It’s a mater of the best business models proving out and moving from coast to coast, but this really is the wave of the future.

Atlas: What can people do to encourage more of this?

Timothy Richards: It’s a matter of people being proactive and looking for similar companies in their own neighborhood. None of these companies operate in a vacuum. The founders of Imperfect Produce came from the East Coast. They started the Food Recovery Network, which is already coast-to-coast. It’s less of a commercial operation and more of a volunteer operation. But it’s something people can become involved with to become part of the solution.

Food Policy is a multidisciplinary journal publishing original research and novel evidence on issues in the formulation, implementation, and evaluation of policies for the food sector in developing, transition, and advanced economies.