I assumed I would cry; I surprised myself by laughing 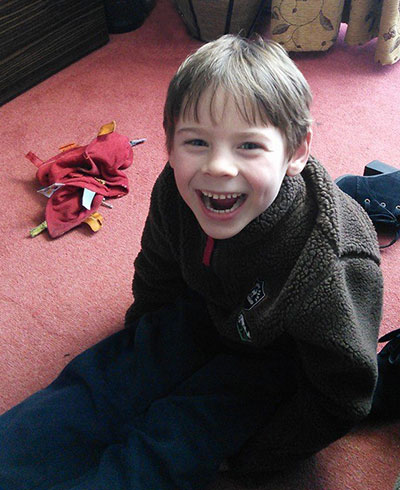 Waiting can be the hardest part.

Two weeks earlier, my husband and I completed a diagnostic questionnaire and a lengthy interview with the psychiatrist to determine whether our 7-and-a-half year old son had autism. Having pored over the all the resources we could find, we were pretty certain the answer would be yes.

"It's very clear to me that your son has Asperger's syndrome," she told us, after the obligatory greetings.

I assumed I'd cry. I surprised myself by laughing.

Partly, this was because during my pregnancy, I had worried about having an autistic child, my only experience of it being a cousin with severe classic autism. Now it turned out my son was autistic and I hadn't even realized it. I was also elated with relief because at least now we had an explanation and would receive the necessary support.

We spent the next 40 minutes going through the diagnosis with the psychiatrist. She explained the methodology behind the assessment and, crucially, gave an overview of what studies said about the best way to work with autistic children at home and at school.

It was another case of research to the rescue.

Research had always been a lifeline for us. Rory was a bit off from the start. He was active in a way I had never experienced. He hated being on his back. As soon as he could manage it, he sat upright and was immediately cross that he couldn't stand up. He bypassed crawling to walk at 9 months.

As he got older, he became charming and funny and at times wonderfully affectionate. But he was also argumentative and stubborn. Minor infractions of the rules — by children or adults — or a slight change of plans would enrage him.

He looked perplexed when anyone showed emotion, and he could remember past events in such detail that it was sometimes unnerving.

The author's poem about Asperger's

Inspired by her son, Liz Smith wrote this poem and submitted it to the monthly poetry contest of Writers' Forum, a UK magazine. "Aspie" was named first runner-up in the September competition. The judges noted that "metaphor, that mainstay of the poet's arsenal, is … skilfully used here." The poem was published in Issue 156, p. 59.

His face sinks to standby.
Eyes flick from side to side as if scanning lines of code,
which is, more or less, the truth of the matter.

Behind the eyes, a mind
that works in black and white alone initialises,
to decipher the throwaway turn of phrase.

He throws a switch, begins.
Words are parsed and laid out like a prize collection,
arranged and rearranged until they look right.

And now comprehension.
By then the conversation has moved on. So he lingers.
Caresses his collection, stored for next time.

He went through obsessions: Scooby Doo, Pokemon, Star Wars, Skylanders. The oddest one was when he spent 6 months obsessively printing out photographs of Spiderman from the internet. He carried them around in a filing box and took them to bed with him. He asked me to laminate his favorite ones.

And then there were the tantrums, far exceeding anything one might reasonably expect from the terrible twos, which would last for an hour or more. Our general practioner reassured us that tantrums, even intense ones, are perfectly normal for a child that age and would abate as he got older. They didn't. At 3, he was kicked out of a private day care center for uncontrollable behavior. That was definitely a low point.

It works for other parents – why not us?

Despite doggedly applying proven parenting techniques, his father and I couldn't get through to him. We'd watch other parents in the school playground or at the park or the pool and wonder how on earth they were managing better than we were. They didn't seem too different from us, and they were doing the same things. Yet their requests to their children were generally met with compliance. Our kid would ignore us and run up the walls. Literally. He would take a running start and see how far he could make it up the wall before gravity kicked in.

Rory was aware that his behavior was a problem. We watched as time and time again he would experience periods of rage and even violence and then be overcome by remorse. It's heartbreaking to hear your child say "I'm stupid. I'm bad."

By the time he was 4, we knew he needed help, and we weren't getting it. So we did what we always do when faced with a problem. We turned to the literature.

Our lifeline – and how our son took the news 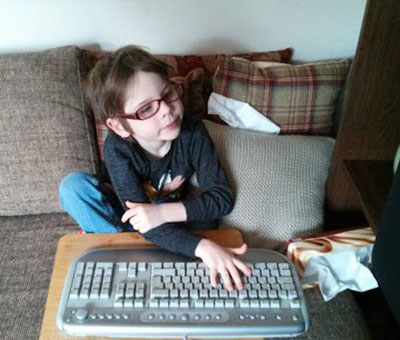 My husband was a scientist before his defection to publishing, and my career was forged in scientific journals. We're probably a clinician's worst nightmare; we like evidence and lots of it. We read the studies and we ask questions about them. We set out to find information that might help us work with a multitude of professionals. Psychiatrists, speech therapists, occupational therapists, educational psychologists, paediatric consultants, neurologists — all of these people helped us put the studies into context. With their help, we could rule out avenues that would lead us nowhere and focus on the likeliest explanations.

Along the way, Rory was diagnosed with sensory processing disorder and later ADHD (attention deficit hyperactivity disorder). We reviewed the research to ensure that we made an informed decision about medication. Eventually, we sat in a psychiatrist's consulting room listening to the diagnosis of Asperger's syndrome.

As I laughed nervously, I also felt confident that everything would be OK. I realized that I have the immense privilege of being part of a very large team of experts. My husband and I are the Rory experts, but we are sustained by researchers around the world whose work is a calling as much as it is a job. In the journey towards Rory's diagnosis, an almost overwhelming number of variables came into play. The research community sifts through all of these variables, challenges our understanding of them, tests them and ultimately helps us make sense of them. Whether the pieces are part of a puzzle about autism, climate change, social welfare, education, medicine – or any of humanity's most pressing problems – without their work, we'd all be in the dark.

At Elsevier, my role is to help employees feel great about what they do. I'm never happier than when I can talk to employees about how their work helps the people we serve do momentous things—things like finding better treatments for cancer or finding new sources of energy. But the personal connection to science is often the factor that tips mere engagement into passionate commitment to the work we do.

We may not realize it, but we all have a connection to the world of research and a reason to be grateful for those who take on the work. Autism is just one of mine. I feel privileged to play even a tiny part in advancing science and health.

I also feel positive about the role I play as parent to an autistic child. We explained to Rory about his diagnosis. In true "Aspie" fashion, he seemed to take it in with little emotion – until he giggled and said "ass burgers!"

Elsevier publishes research on Autism Spectrum Disorders in a variety of journals. Here is a sample of articles that have been made freely available until January 17, 2015. (Those published Open Access are always free.)

Here is a sample of recent articles published open access:

The following articles are freely available until January 17, 2015:

Liz Smith (@LizSmithIC) is VP/Director of Global Internal Communications at Elsevier. Her role as a communicator led to an interest in storytelling and, in particular, how the brain is hard-wired to seek out stories. Her fascination with the brain and the psychology of communication has helped her to understand her son's autism.