Has your research stalled? Step outside the lab. Some of the most notable breakthroughs were sparked by unlikely sources with roots in ancient history

Researchers can spend months or even years pursuing the answers to their research questions as they gather ideas from within and beyond their fields of expertise. Solving research questions takes time and demands tremendous mental prowess.

For most researchers, scientific references and published articles will always be one of the primary sources of information, as they’ve learned to review and synthesize ideas from peer-reviewed journal articles and occasionally non-peer-reviewed sources (e.g., print and electronic media content, field experiences).

It’s worth remembering, however, that some notable breakthroughs have been triggered by some unlikely sources of scientific inspiration. If you’re looking for a new way to approach a research problem, here are three sources that may be able to jump-start your thinking:

Nature, as the supreme cradle of life, has the limitless ability to guide us in developing essential solutions to current research problems. Given that we live in nature and are nurtured by it, an in-depth understanding of natural events and phenomena is essential for developing scientific solutions to the various research problems researchers encounter nowadays. The Wright Brothers’ attempts to fly like birds, as well as their invented first successful airplane in aviation history, is a fascinating example.

Yet, this wasn’t the only time in human history when nature has led to scientific discoveries. There are numerous examples of researchers finding inspiration for their scientific discoveries and breakthroughs from nature. The structure of the Beluga plane, for example, is strikingly similar to that of the Beluga whale. Similarly, the bee algorithm replicates the nectar-foraging behaviors of honeybee colonies. This method can be applied to an extensive range of computational and practical domains. In contemporary history, these examples are known as “biomimicry” — a practice that shows how we can develop structures or ideas based on the biological processes of nature.

The contents of ancient books and myths are sometimes easily dismissed as fictitious, yet they might still provide intriguing ideas for new research concepts. For example, the “seven heavens and seven earths” concept is profoundly described in Jewish, Christian, Islamic and Hindu religious texts. The “multiverse” hypothesis, which is remarkably similar to the aforementioned religious writings, has been theorized in multiple fields of natural sciences (e.g., cosmology, physics), as well as in a variety of fictional ideas. Although the hypothesis is yet to be proven, it has kindled the embers of a few fresh ideas for explaining the mysteries of the immense cosmos.

Likewise, telepathy is a myth or a hoax, according to common knowledge. Yet, a few proposals for devices that convey information between human brains have surfaced based on this myth. It may appear inconceivable now, but a researcher should not forget that wireless communication technology was not available a century ago.

Some people believe that medieval procedures were not founded on scientific evidence. However, this is not always the case. Some medieval medicinal procedures could be useful in resolving research issues. Dr Tu Youyou, one of the 2015 Nobel Laureates in Medicine, drew inspiration from a traditional Chinese medicinal herb (sweet wormwood, Artemisia annua) to develop a malaria vaccine. Sweet wormwood has long been known for its intermittent fever-reducing properties, which were documented in a 1,600-year-old manuscript. Moreover, aspirin is a modern medication with a history that can be traced back to millennia. The Sumerians and Egyptians used willow bark, which contains acetylsalicylic acid or aspirin, as a traditional medicine for pain relief. Notably, aspirin is now used by millions of people all over the world.

Nature, ancient books and myths, and medieval practices constitute some of the basic sources of scientific inspiration and creativity for many scientists and researchers. Researchers all over the world in this modern era are still dealing with the same issues encountered by scholars in the distant past in terms of solving research challenges. The three primitive and foundational sources discussed above can be good sources of scientific inspiration. 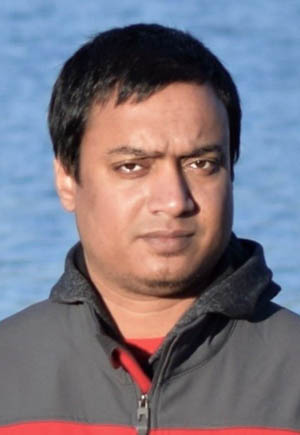 Dr Mazbahul G Ahamad is an editorial board member of Elsevier’s journal Data in Brief, which enables researchers to share and reuse each other's datasets by publishing data articles. As Postdoctoral Research Associate of a National Science Foundation (NSF)-funded project at the University of Nebraska-Lincoln, he has been studying the environmental, behavioral and social causes of the human decision-making process in environmental and public health concerns.

Temple Grandin on problem-solving, research and life under coronavirus

3 mindsets that led to scientific breakthroughs