Editor’s note: The Journal of Sport and Health Science (JSHS), published by Elsevier on behalf of the Shanghai University of Sport , has emerged as one of the top scientific journals in mainland China. Here, Editors-in-Chief Profs. Peijie Chen and  Walter Herzog write about some of the approaches they have used to extend their reach.

Through WeChat, the most popular mobile social media platform in China, we reach hundreds of thousands of scholars, researchers and students in China. The journal also engages with international authors and society partners through mainstream social media platforms such as Twitter and Facebook, and through academic social networks such as Mendeley, ResearchGate and LinkedIn.

From its inception, our journal has witnessed a rapid increase in the number of submissions from authors from 147 countries, with research content ranging from sports medicine and exercise to physical activity and human performance.

The journal makes great efforts to share and disseminate research publications through promotion of “hot” or trending topics in research.

Spreading the message of exercise during COVID-19

For example, utilizing mobile technology, JSHS has been publishing and disseminating public health information about the ongoing spread of COVID-19 in China. During the peak of China’s coronavirus epidemic in February, JSHS’s editorial office interviewed Prof. Jeffrey Woods, a leading researcher in the field of exercise and immune function at the University of Illinois at Urbana-Champaign, on preventive measures that needed to be taken in response to this emerging public health threat.

The interview was written up as an article, published in JSHS, and subsequently disseminated in Chinese through WeChat, with expert comments, theme pictures and a video showing aerobic exercises that promote physical activity. Within 48 hours of its release, it received enormous media attention, with more than 30,000 hits, and was retweeted or cited by many mainstream media outlets, including Xinhua News Agency, People’s Daily, Wenhui Daily, Shanghai Observer, Toutiao — and most recently by The New York Times.

The use of social media to promote daily exercise during the COVID-19 crisis greatly increased both the reach and impact of this article, with nearly 3,000 full-text downloads on ScienceDirect in the first three weeks of publication.

“Exergaming” makes headlines in China and beyond

Last year, the journal published a study on the health benefits of playing video games combined with physical exercise, known as “exergaming,” which helps develop motor skills and increase physical activity among preschool children. The publication drew immediate media attention, including a feature article in Reuters Health News, which garnered nearly a million hits within a week. To capitalize on this international exposure, JSHS’s editorial office proactively approached Shanghai’s local mainstream media, including International Channel Shanghai and SMG Kankan News, to gain both Chinese and English media coverage. The coverage focused on the health benefits of exergaming as a means to promote regular physical activity and prevent obesity among young children. The promotion of research findings through the use of social media has enabled the journal to open up communication channels with mainstream media, helping raise the visibility and increase the impact of the journal in both scientific and general communities.

JSHS is committed to embracing open access, as well as digital promotion through broad social media, to ensure the journal remains a top-tier international publication serving researchers and practitioners. To this end, future promotional strategies may well include:

Since its launch as a scholarly journal in 2012, JSHS has made remarkable progress in increasing its global reach and impact in the academic community, including rapid growth in Impact Factor, improved ranking within its discipline, inclusion in leading journal indexes (SCI, SSCI, and MEDLINE), and recipients of  the highest national honors and awards in China for achieving high standards in scientific publishing.

New technologies and social media will continue to play a significant role in helping the journal progress and make a positive impact on research and practice in the fields of sports, exercise and health sciences. 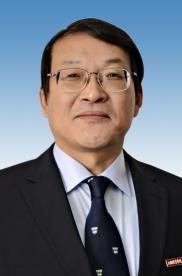 Dr. Peijie Chen, Professor of Physical Activity and Public Health, is the President of the Shanghai University of Sport and an Editor-in-Chief of the Journal of Sport and Health Science, sponsored by the university and published by Elsevier. He is also a Board Member of the International Testing Agency (ITA), an International Fellow of the National Academy of Kinesiology (NAK); Member of The State Council’s Seventh National Academic Review Committee (Sport Science), Deputy Director of The Chinese National College Physical Education Teaching Steering Committee, and Vice President of The China Sports Science Society. 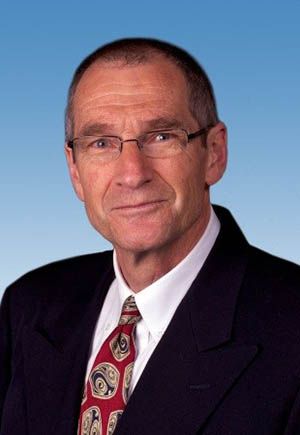 Dr. Walter Herzog is a Full Professor in the Faculties of Kinesiology, Engineering, Medicine, and Veterinary Medicine at the University of Calgary. He is the Canada Research Chair for Molecular and Cellular Biomechanics, the Killam Memorial Research Chair, and the Director of the Human Performance Laboratory. He is also an Editor-in-Chief of the Journal of Sport and Health Science published by Elsevier on behalf of the Shanghai University of Sport.