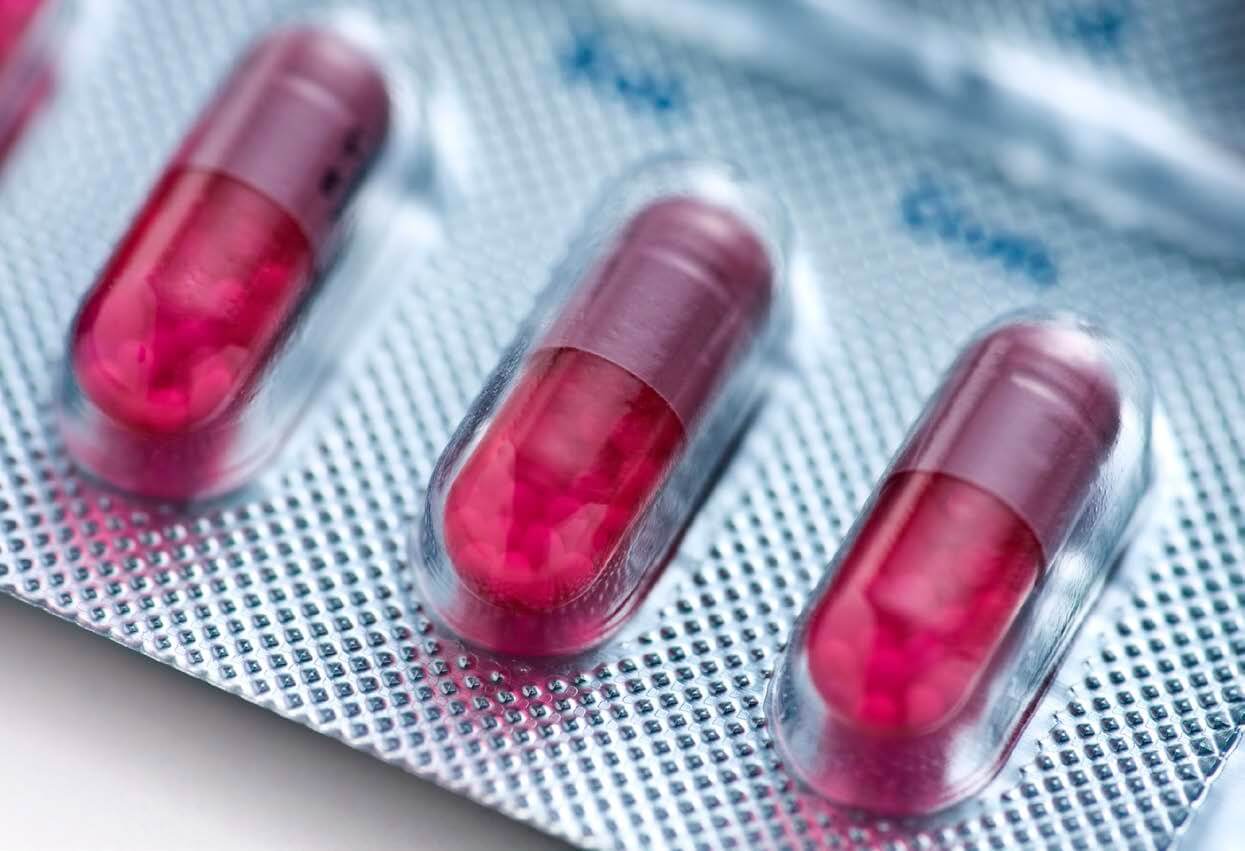 ErbB1 kinase is the cell-surface receptor for epidermal growth factor. Its dysfunction has been implicated in diseases such as cancer.

Reaxys Medicinal Chemistry can provide computational chemists with large and diverse datasets for building predictive models. These models can be used for virtual screening or during lead optimization. Concisely, QSAR (quantitative structure–activity relationships) modeling is based on a mathematical equation that relates molecular descriptors to biological activity for known series of compounds to create a model for evaluating the activity of new chemical entities (1, 2) 1. Engel, T. (2006) Basic Overview of Cheminformatics. J. Chem. Inf. Model. 46: 2267–2277.

To facilitate comparisons of bioactivity data from different publications and assay types, all in vitro data points in Reaxys Medicinal Chemistry have pX values. pX values are calculated by transforming parameters such as EC50, IC50, Ki into the –log equivalent (pEC50, pIC50, pKi). These are normalized values assigned to the data that enable easy quantification of compound–target affinity and comparison of information from all around the world.

An activity profile for the most potent inhibitors of all EGFR (ErbB) receptors with a pX value of greater than 7.0 (affinity <100 nM) can be generated and viewed as a Heatmap (Figure 2). The Heatmap visualizes the relationships between compounds and their targets in terms of key parameters, allowing rapid identification of relevant compound–target interactions. The highest pX values were selected for display in the Heatmap.

In the Heatmap, biological affinities or activities are quantified as a pX value and displayed from 1 (low activity) in blue to 15 (high activity) in red. The color of the Heatmap cells represents the maximal pX retrieved for a given compound (line) against a given target (column). The thumbnail provides an overview of the entire Heatmap with a panel highlighting the section of the map currently displayed on screen. The dataset can be analyzed using the data density display, which shows the number of compounds retrieved per target.

At the time of the query, a total of 3,776 compounds were recorded in Reaxys Medicinal Chemistry as being inhibitors of the ErbB1 (EGFR-1) kinase. 4,255 biological activities coming from 271 citations were registered. When the query was limited to humans, Reaxys Medicinal Chemistry retrieved 880 compounds with 1,227 associated bioactivities (Figure 3).

Filtering the dataset further by parameter and selecting only those with IC50values, 746 compounds with 982 associated bioactivities were retrieved. Finally, the most potent ErbB1 inhibitors were selected (those with a pX >7; i.e., IC50< 100 nM). Using the Substances tab, detailed information can be obtained for each compound (Figure 4).

Prior to building models, 56 2D molecular descriptors were computed for a set of 66 ErbB1 compounds. They included 32 P_VSA based descriptors, 12 BCUT descriptors and 12 GCUT descriptors (3) 3. Szántai-Kis, C., Kövesdi, I., Eros, D., Bánhegyi, P., Ullrich, A. (2006) Prediction oriented QSAR modelling of EGFR inhibition. Current Medicinal Chemistry 13: 277–287.. These descriptors encode the three main physicochemical properties: hydrophobicity (SlogP_VSA, BCUT_SlogP, GCUT_SlogP), polarizability (SMR_VSA, BCUT_SMR, GCUT_SMR) and electrostatic interactions (PEOE_VSA, BCUT_PEOE, GCUT_PEOE). To build present regression models, QuaSAR-Evolution was used, which is a genetic-based algorithm implemented in the MOE cheminformatic suite. QuaSAR-Evolution applies the genetic algorithm to the problem of descriptor selection in QSAR. Descriptors selected at random are combined and a population of regression models is generated. The default setting was used for descriptor selection and the initial length (the number of descriptors) was set to 4.

An initial model was built considering the set of 66 ErbB1 compounds as a training set. The data training set was selected by removing ErbB1 variants and mutants and a subset of bioassays was used. Among the resulting QSAR equations, the best-performing one was:

N is the number of data points; n is the number of molecular descriptor (initial length). Despite the chemical diversity of the training set, only 4 descriptors were sufficient to explain the biological activity leading to a satisfactory goodness of fit R2 of 0.84 (Figure 5).

The selected descriptors exhibit a very small inter-correlation, as can be shown on their correlation matrix (Figure 6).

The leave-one-out (LOO) cross-validation led to a cross-validated Q2 of 0.81, revealing the model validity. Examination of selected descriptors indicates a strong contribution of hydrophobic interactions expressed by GCUT_SlogP_1 descriptor. As mentioned previously, the full set of 66 molecules were used in this initial model to include as much structural information as possible. However, it is worthwhile to validate the approach using an external dataset. The set of 66 ErbB1 inhibitors were therefore divided into two sets: a training set of 50 molecules for modeling and a test set of 16 molecules for prediction. The best-performing equation was:

The equation was found to be formulated with the same set of molecular descriptors and associated coefficients close to those obtained in model 1. This may be because the training set comprised the top 50 dissimilar molecules, covering all the chemical diversity of the entire dataset.

Szántai-Kis et al. reported on a 2D QSAR model using automatic Variable Subset Selection by Genetic Algorithm (3) 3. Szántai-Kis, C., Kövesdi, I., Eros, D., Bánhegyi, P., Ullrich, A. (2006) Prediction oriented QSAR modelling of EGFR inhibition. Current Medicinal Chemistry 13: 277–287.. However, these authors considered all the ligands tested on EGFR kinase without any further specification regarding the target (ErbB1, ErbB2, ErbB3 or ErbB4), target type or species. These additional filters typically help to extract homogeneous datasets and minimize errors that may arise from biological data. Many other EGFR QSAR studies have been reported but all have used 3D approaches with structurally close chemical cores. Regarding the chemical diversity covered by this analysis, the local/global character of the present model cannot be determined due to the dataset being limited to 66 ErbB1 compounds. Yet, the selected ErbB1 dataset shows reasonable chemical diversity (Figure 7).

Why use Reaxys Medicinal Chemistry for QSAR modeling?

The database of this research solution is organized around compounds, targets and biological activities. Each element is described and organized into logical hierarchies according to experimental protocols appearing in the literature. Taken as a whole, the information compiled by Reaxys Medicinal Chemistry creates a global pharmacology space encompassing more than 447,000 literature sources, 12,700 targets and over 29 million biological activities.

The user interface enables scientists to navigate this pharmacology space and conduct a variety of searches, including substructure, chemical similarity and target-specific searches to explore the bioactivity profile for targets, cell lines or drugs/compounds. Retrieved data is displayed in the interactive results screen, where the user can filter data to exclude or limit certain data sets, focus on compounds or targets or view a complete list of citations.

Reaxys Medicinal Chemistry is an extensive database containing chemical information linked to in vitro and in vivo biological activities extracted from over 300,000 articles, 90,000 patents and 5,000 journals. More than 6 million chemical compounds are associated with their biological data (> 29 million bioactivity data points) and linked to information on 12,700 pharmacological targets, allowing the scientists to reveal connections between compounds, effects and targets. The data is indexed and normalized for maximum searchability and consistency.

Note: This application note is for illustrative purposes only: the information in this report should not be referenced or relied upon as a basis for further research and development.