Celebrating the best of the best in chemistry

Here are the winners of all the editions of the Reaxys PhD Prize. 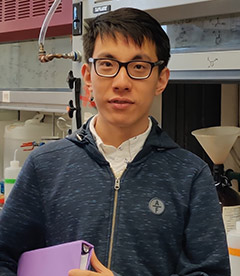 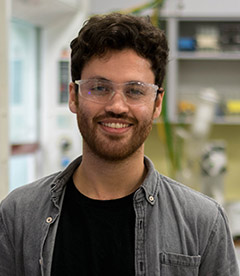 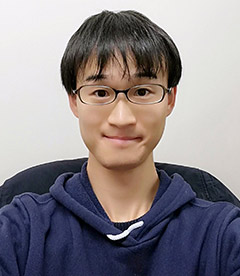 White phosphorus, generated in the legacy thermal process for phosphate rock upgrading, has long been the key industrial intermediate for the synthesis of phosphorus-containing chemicals, including herbicides, flame-retardants, catalyst ligands, battery electrolytes, pharmaceuticals, and detergents. In contrast, phosphate fertilizers are made on a much larger scale from phosphoric acid, obtained by treating phosphate rock with sulfuric acid. Dehydration of phosphoric acid using sodium chloride gives trimetaphosphate, and here we report that trichlorosilane, primarily used for the production of high-purity silicon, reduces trimetaphosphate to the previously unknown bis(trichlorosilyl)phosphide anion. This anion offers an entry point to value-added organophosphorus chemicals such as primary and secondary alkyl phosphines, and thus to organophosphinates, and can also be used to prepare phosphine gas and the hexafluorophosphate anion, all previously available only downstream from white phosphorus.

Intrigued by the potential of nanoscale machines, scientists have long attempted to control molecular motion. We monitored the individual 0.7-nanometer steps of a single molecular hopper as it moved in an electric field along a track in a nanopore controlled by a chemical ratchet. The hopper demonstrated characteristics desired in a moving molecule: defined start and end points, processivity, no chemical fuel requirement, directional motion, and external control. The hopper was readily functionalized to carry cargos. For example, a DNA molecule could be ratcheted along the track in either direction, a prerequisite for nanopore sequencing.

Dr. Yujia Qing from the Bayley group, University of Oxford

There is evidence to suggest that increasing the level of saturation (that is, the number of sp3-hybridized carbon atoms) of small molecules can increase their likelihood of success in the drug discovery pipeline. Owing to their favourable physical properties, alkylamines have become ubiquitous among pharmaceutical agents, small-molecule biological probes and pre-clinical candidates. Despite their importance, the synthesis of amines is still dominated by two methods: N-alkylation and carbonyl reductive amination. Therefore, the increasing demand for saturated polar molecules in drug discovery has continued to drive the development of practical catalytic methods for the synthesis of complex alkylamines.

In particular, processes that transform accessible feedstocks into sp3-rich architectures provide a strategic advantage in the synthesis of complex alkylamines. Here we report a multicomponent, reductive photocatalytic technology that combines readily available dialkylamines, carbonyls and alkenes to build architecturally complex and functionally diverse tertiary alkylamines in a single step. This olefin-hydroaminoalkylation process involves a visible-light-mediated reduction of in-situ-generated iminium ions to selectively furnish previously inaccessible alkyl-substituted α-amino radicals, which subsequently react with alkenes to form C(sp3)–C(sp3) bonds. The operationally straightforward reaction exhibits broad functional-group tolerance, facilitates the synthesis of drug-like amines that are not readily accessible by other methods and is amenable to late-stage functionalization applications, making it of interest in areas such as pharmaceutical and agrochemical research.

Dr. Aaron Trowbridge from the Gaunt group, University of Cambridge

Dr. Joshua Barham from the Murphy group, University of Strathclyde

Dr. Jiheong Kang from the Aida group, University of Tokyo

Article title: A rational strategy for the realization of chain-growth supramolecular polymerization (Science)

Dr. Andrew Jupp from the Goicoechea group, University of Oxford

Dr. John Tellis from the Molander group, University of Pennsylvania

Dr. Shin-nosuke Uno from the Urano group, University of Tokyo

Dr. Dawen Niu from the Hoye group, University of Minnesota
­ ­

Dr. Changxia Yuan from the Siegel group, University of Texas at Austin

Dr. Max Hansmann from the Hashmi group, University of Heidelberg
­ ­

Dr. Vikram Bhat from the Rawal group, University of Chicago

Dr. Dixit Parmar from the Procter group, University of Manchester

Dr. Hiroyuki Miyamura from the Kobayashi group, University of Tokyo

Dr. Robert Phipps from the Gaunt group, University of Cambridge