International comparative performance of the Welsh research base 2010-2014, 2016 update

Executive Summary of the report

In 2013, Higher Education Wales, the Higher Education Funding Council for Wales (HEFCW), and the Welsh Government commissioned Elsevier to conduct a study to assess the relative comparative performance of the Welsh research base. The original study drew on data up to 2011.

In 2016, HEFCW commissioned an update of the number of key analyses from the study to include the most recent data available. The updated analysis covers research productivity and efficiency, citation impact and highly cited articles and research collaboration. 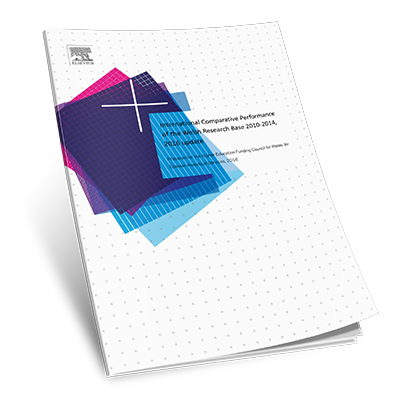 In 2014, Wales counted about 865 more researchers than in 2011. However, these researchers published about 100 articles fewer than in 2011, resulting in a slight reduction in the average publications per year per researcher. Despite the drop in this indicator, Wales’ rank among comparators is stable. Wales remains more productive than the UK average in publications per researcher in 2014, only bettered by Scotland in this indicator. 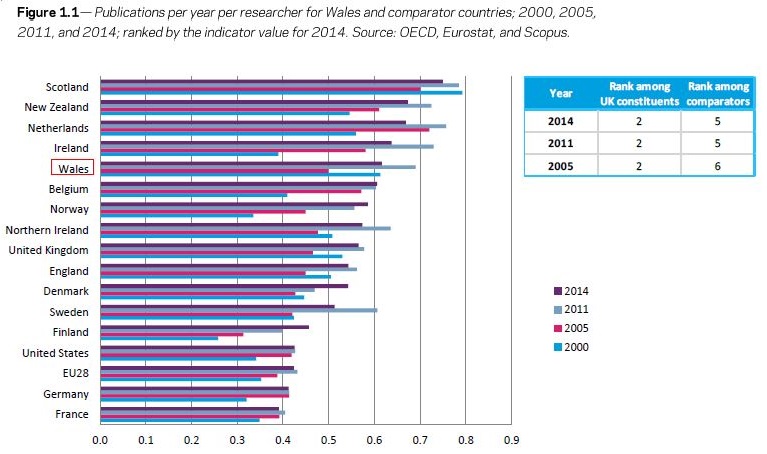 After a particularly rapid increase between 2008 and 2012, the Field-Weighted Citation Impact (FWCI) of Wales’ publications plateaus somewhat, yet retains its upward trajectory. By 2010-2011 Wales had already surpassed the UK’s citation impact, and after 2012 its FWCI was higher than that of England as well. In 2014, Welsh publications are being cited 68% more often than the world average, compared to 59% above the world average in 2011. 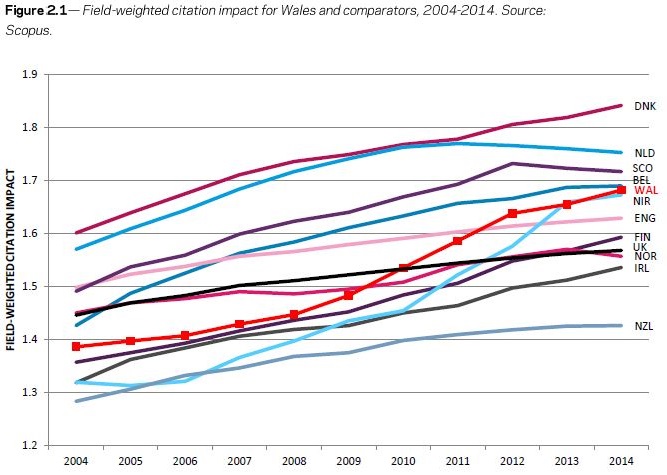 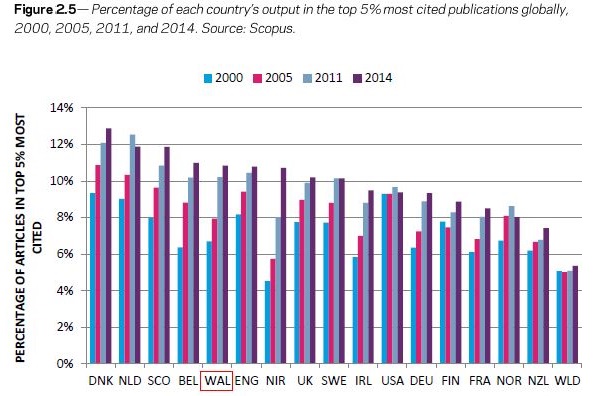 A large and growing majority of Wales’ output is co-authored with a researcher from outside the UK. In 2010-2014, 45.8% of Welsh publications result from international collaboration, an increase from 40.3% in the period 2007-2011. 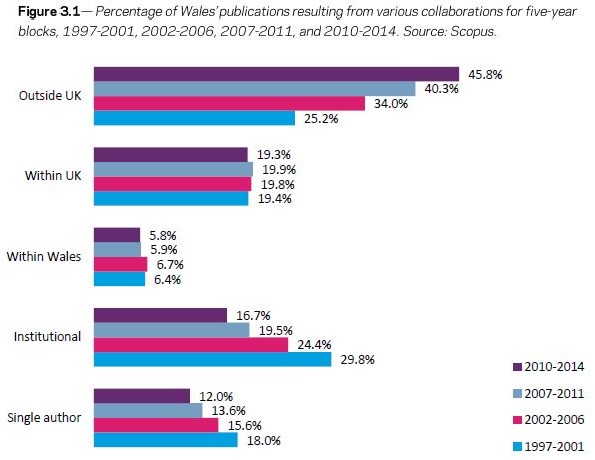