Why unethical research behavior could result in a revoked doctorate 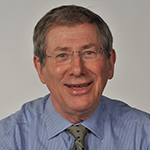 Over the last 20 years Tony Mayer, Research Integrity Officer at Nanyang Technological University in Singapore, has seen a variety of cases of research misconduct. Here we talk to him about his role and find out why research integrity is so important.

With the large increase in the amount of research being carried out throughout the globe, you see more cases of misconduct.

Also, technologies are advancing all the time. For instance, it’s now relatively easy to manipulate images with software. This is perhaps more of a problem in the biosciences. Take Western blots, for example, which are gel plates with several channels used to separate proteins. In the past, if you only wanted to include results from two of the five channels, you had to physically cut the image and stick it back together. Now it just takes a minute or two to do it in Photoshop. This is a double-edged sword however as it’s also easier to falsify images. Standards have had to change to keep up with this.

Ethics misconduct – are reviewers supposed to detect it?

“No. It is NOT the role of the reviewer to spot ethics issues in papers. It is the responsibility of the author to abide by the publishing ethics rules. Let’s look at it in a different way: If a person steals a pair of shoes from a shop, is this the fault of the shop for not protecting their goods or the shoplifter for stealing them? Of course the fault lies with the shoplifter who carried out the crime in the first place.”

If you would like to know more about what a researcher is – and isn’t – responsible for when reviewing a paper, read this article by Dr. Jaap van Harten: “A reviewer’s guide to ethics in publishing”

Plagiarism is the most common, followed by falsification and fabrication. In a sense, plagiarism is the least impactful in terms of perceptions from the outside. However it clutters the research record and it’s effectively an act of stealing credit.

Falsification and fabrication are less common but have a far greater impact on the research record and on perception. They involve introducing incorrect data which has a knock-on effect on every subsequent study.

As research is incremental, any false data affects everything built on what has been published. I’m working on a case now, concerned with falsification of data, that involves the retraction of some papers. One of the papers has already been cited 89 times; that’s 89 other papers based on falsified data that have been affected.

It’s also a waste of funds and a waste of time showing the data are wrong.

Sometimes you come across people who have come up with a theory that turns out to be wrong. In these cases, it’s a pride issue. Others may be just dishonest or they take shortcuts. If they get away with it, these shortcuts become more common. Before they know it, they are on a slippery slope.

Pressure plays a role too. Researchers often need to have published as a first author in journals with high impact factors. This can also lead to shortcuts.

It’s not just a question of research integrity either, but also of bad practice. An estimated 25 percent of all research results in the biomedical sciences are not reproducible – that’s a huge amount. We’re seeing an increase in what could be called “sloppy science.” 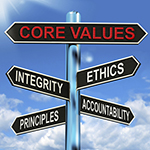 Papers can be retracted and investigations often lead to disciplinary action. We also have the power to revoke doctorates.

In some cases, primarily in the US and South Korea, disciplinary action has moved to the criminal court system, leading to prison sentences. In 2006, Hwang Woo-suk was charged with embezzlement and bioethics law violations following his falsified human cloning claims, which had been published in Science in 2005. Later, an article in Nature set out allegations about ethical misconduct.

One important role the publisher can play is in information sharing and liaising with the institutions and funding bodies concerned.

To learn more about the major types of scientific misconduct and how to avoid them, visit our Ethics module on the Publishing Campus >>