Results of a study on lixisenatide in the retina and the optic nerve head in a mouse model of type 2 diabetes show promise for treating diabetic retinopathy before its clinical manifestation, report scientists in The American Journal of Pathology

Diabetic retinopathy is one of the main vascular complications of type 2 diabetes, and the most common cause of visual deterioration in adults. A new study in The American Journal of Pathology, published by Elsevier, reports on the efficacy of a possible treatment candidate that showed anti-inflammatory and neuroprotective effects on the retina and optic nerve head in early type 2 diabetic retinopathy using a diabetic mouse model.

Diabetic retinopathy is caused by damage to the blood vessels of the light-sensitive tissue at the back of the eye. The cause is usually attributed to high blood sugar (hyperglycemia), but several studies have shown that inflammation is also an important factor in the progression of the disorder.

“Inflammation causes neurodegeneration as well as microvascular abnormalities in the retina,” explained lead investigator Jin A. Choi, PhD, Department of Ophthalmology and Visual Science, St. Vincent’s Hospital, College of Medicine, The Catholic University of Korea, Seoul, Republic of Korea. “Diabetic retinal neurodegeneration can occur before the onset of clinical diabetic retinal microvascular abnormalities. Therefore, therapeutics for neurodegeneration may provide a novel interventional strategy in the window period between the diagnosis of type 2 diabetes and the onset of clinically manifested diabetic retinopathy.”

Investigators analyzed and compared the anti-inflammatory and neuroprotective effects of the glucagon-like peptide-1 receptor agonist (GLP-1RA) lixisenatide in the retina and the optic nerve head with those of insulin in a mouse model of type 2 diabetes. They divided diabetic mice into three groups; GLP-1RA (LIX); insulin (INS) with controlled hyperglycemia based on the glucose concentration of LIX; and a control group (D-CON). Nondiabetic control mice were also characterized for comparison.

After eight weeks of treatment, neuroinflammation caused by type 2 diabetes was significantly reduced in GLP-1RA–treated retinas and optic nerve heads compared with untreated or even insulin-treated retinas of early type 2 diabetic mice, showing that the outcomes are independent of the glucose-lowering effect of GLP-1RA. 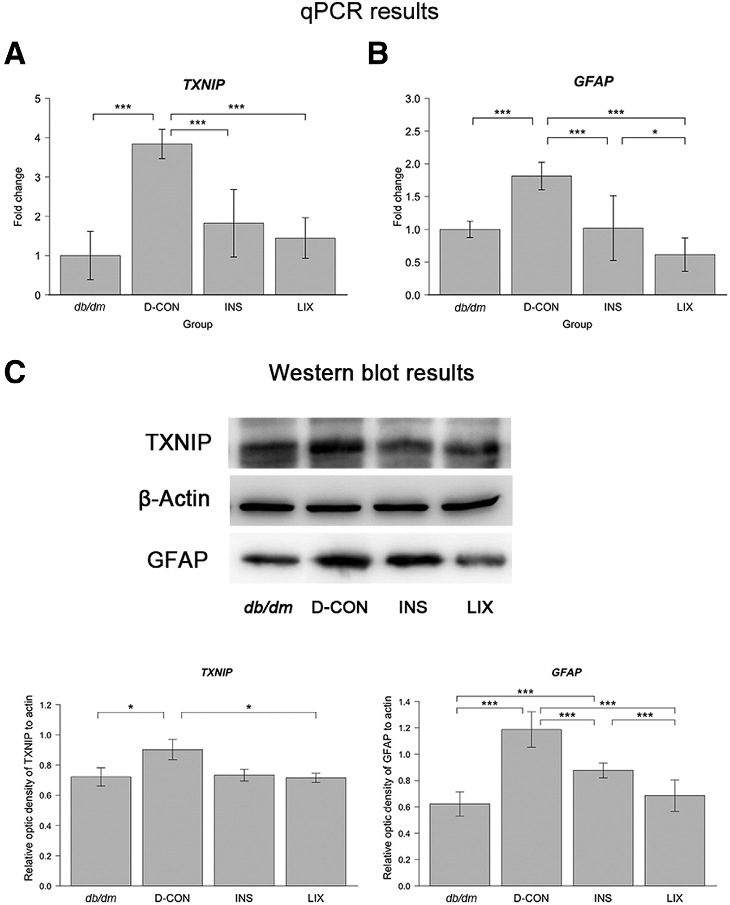 “Retinal ganglion cells start to die even before clinical changes such as hemorrhages in diabetic retinopathy occur,” commented Dr. Choi. “Thus, for better visual prognosis, we need to focus on the treatment of the retina in early type 2 diabetes before the clinical onset of diabetic retinopathy. The diabetic mouse group in our study who were treated with GLP-1RA showed significantly decreased cell death compared to those with insulin treatment.”

Full text of the study is available to credentialed journalists upon request; contact Eileen Leahy at +1 732 238 3628 or ajpmedia@elsevier.com. Journalists wishing to interview the authors should contact Jin A. Choi, at +82 318818971 or jinah616@catholic.ac.kr.