Special issue Aquatic Toxicology: Antidepressants in the Aquatic Environment dedicated to the topic of the impact of pharmaceuticals in the environment on biology of aquatic organisms 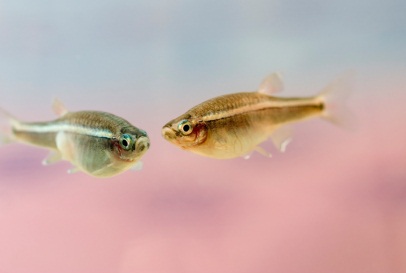 Fish exposed to the antidepressant Fluoxetine, an active ingredient in prescription drugs such as Prozac, exhibited a range of altered mating behaviours, repetitive behaviour and aggression towards female fish, according to new research published on in the latest special issue of Aquatic Toxicology: Antidepressants in the Aquatic Environment.

The authors of the study set up a series of experiments exposing a freshwater fish (Fathead Minnow) to a range of Prozac concentrations. Following exposure for 4 weeks the authors observed and recorded a range of behavioural changes among male and female fish relating to reproduction, mating, general activity and aggression. On a positive note, author Rebecca Klaper, Director of the Great Lakes Genomics Center at University of Wisconsin-Milwaukee, emphasizes that the impact on behaviour is reversible once the concentration level is reduced.

"With increased aggression, in the highest level of concentration, female survivorship was only 33% compared to the other exposures that had a survivorship of 77–87.5%. The females that died had visible bruising and tissue damage," according to Rebecca Klaper.

There is an increasing proportion of antidepressants prescriptions, and like most prescription drugs, they end up, not fully broken down, back into our aquatic ecosystems, inducing their therapeutic effects on wildlife. Although concentrations observed in our rivers and estuaries are very small, an increasing number of studies have shown that these incredibly small concentrations can dramatically alter the biology of the organisms they come in contact with.

The impact of pharmaceuticals is currently not only of interest amongst scientists but also amongst environmental regulators, industry and general public. Some US states are looking to charge pharmaceutical companies with the cost of appropriate drug disposal, some of which is currently being challenged in the courts.

"This is just one of an increasing number of studies that suggest that pharmaceuticals in the environment can impact the complex range of behaviours in aquatic organisms," said Alex Ford, Guest Editor of the special issue of Aquatic Toxicology in which the study was published. "Worryingly, an increasing number of these studies are demonstrating that these effects can be seen at concentrations currently found in our rivers and estuaries and they appear to impact a broad range of biological functions and a wide variety of aquatic organisms."

This is one of the reasons why Alex proposed a full special dedicated to this topic. Antidepressants in the Aquatic Environment, includes among other studies, research that demonstrates that antidepressants affect the ability of cuttlefish to change colour and a fish study whereby reproductive effects were observed in offspring whose parents who were exposed to mood stabilizing drugs.

Ford emphasizes that although the results from this study and others published in the issue show troubling results for aquatic species, this doesn't indicate that these results are applicable to humans.

"This special issue focuses on the biology of aquatic systems and organisms and results only indicate how pharmaceuticals could potentially have effects on this particular environment."

Notes for editors
The special issue is: "Antidepressants in the Aquatic Environment" (Volume 151, Pages 1-134 (June 2014), Aquatic Toxicology published by Elsevier. Full texts of articles included in the special issue are available to credentialed journalists upon request; contact s.boucherie@elsevier.com or newsroom@elsevier.com.

About Aquatic Toxicology
Aquatic Toxicology publishes original scientific papers dealing with the mechanisms of toxicity and the responses to toxic agents in aquatic environments at the community, species, tissue, cellular, subcellular and molecular levels, including aspects of uptake, metabolism and excretion of toxicants. Aquatic Toxicology has an impact factor of 3.730 based on the Journal Citation Reports®, published by Thomson Reuters, 2013.