Aryl hydrocarbon receptor ligands that block myofibroblast formation and collagen production in thyroid eye disease may be the key, according to a new report in The American Journal of Pathology

A new class of therapies may be on the horizon for thyroid eye disease (TED) and other destructive scarring conditions. At least 50% of patients with Graves’ disease, an autoimmune disease that primarily attacks the thyroid gland, develop eye problems including inflammation, discomfort, scarring, and bulging eyes. Abnormal over-production and activation of collagen-producing myofibroblasts underlie many of these conditions. A new study published in The American Journal of Pathology found that activation of the aryl hydrocarbon receptor (AHR) pathway by its ligands blocks collagen production and myofibroblast proliferation in TED.

"Currently there are no effective therapies for TED that target or prevent the excessive scarring and tissue remodeling. Our studies reveal that AHR is a novel target for treatment of this disease and potentially other diseases that manifest with excessive scarring," explained lead investigator Richard P. Phipps, PhD, of the Department of Environmental Medicine and Flaum Eye Institute of the School of Medicine and Dentistry of the University of Rochester (Rochester, New York).

The primary goals of the research were to better understand the molecular pathways underlying scarring in TED and to control or prevent tissue remodeling or destruction. The orbital remodeling in TED is likely induced by infiltrating T lymphocytes and mast cells, which activate orbital fibroblast effector cells to either proliferate and form scar-producing cells called myofibroblasts or turn into pro-inflammatory fat cells. Myofibroblasts produce large amounts of extracellular matrix material such as collagen, are contractile, and secrete a variety of cytokines and chemokines, all of which enhance scar formation.

A new class of therapies may be on the horizon for thyroid eye disease (TED) and other destructive scarring conditions. At least 50% of patients with Graves’ disease, an autoimmune disease that primarily attacks the thyroid gland, develop eye problems including inflammation, discomfort, scarring, and bulging eyes. Abnormal over-production and activation of collagen-producing myofibroblasts underlie many of these conditions. A new study published in The American Journal of Pathology found that activation of the aryl hydrocarbon receptor (AHR) pathway by its ligands blocks collagen production and myofibroblast proliferation in TED. 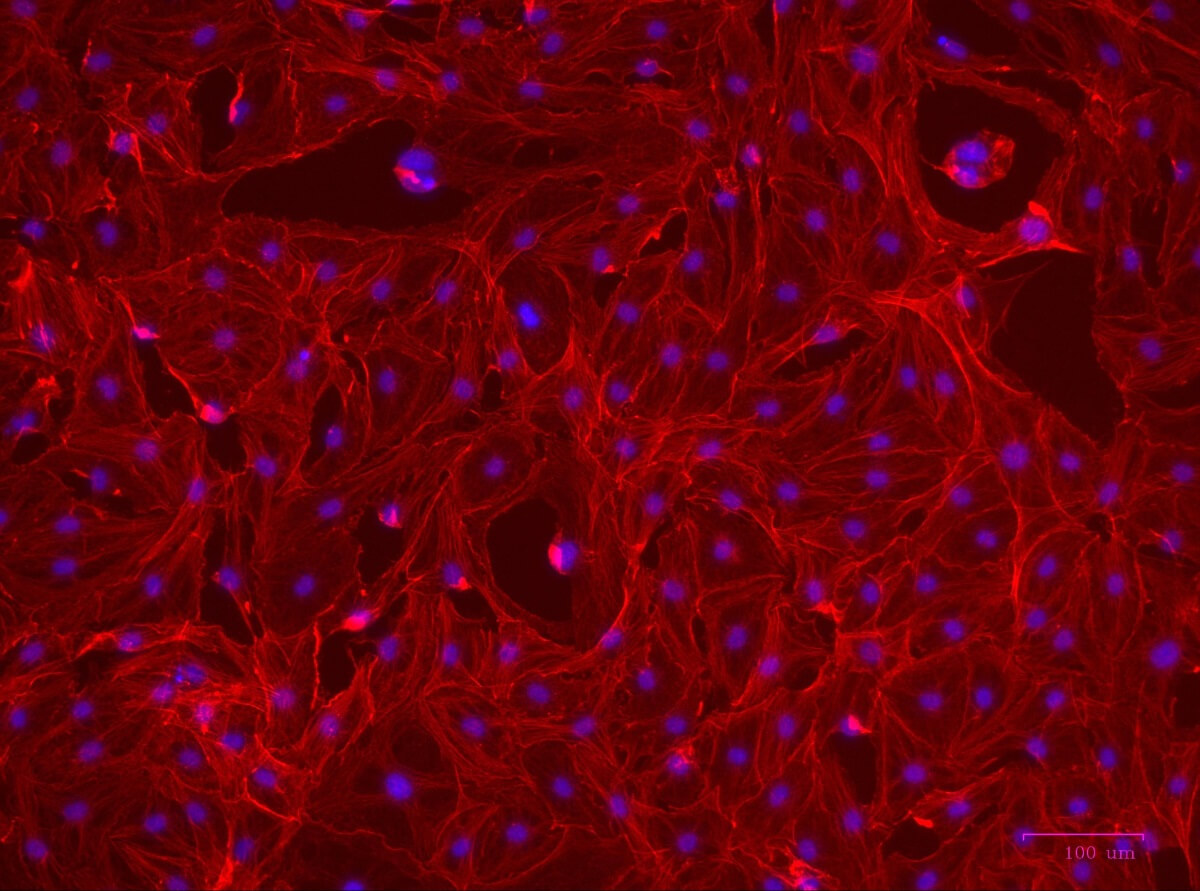 The investigators focused on studying the activity of AHR, a transcription factor that is known to play a key role in regulating inflammatory and immune responses, and the effects of two AHR ligands (ITE and FICZ). Previous research had shown that AHR activation decreases transforming growth factor beta (TGFβ), a cytokine that induces myofibroblast formation. When human orbital fibroblasts from TED patient tissue were compared to tissue from patients without TED, the researchers discovered that TED orbital fibroblasts expressed higher levels of AHRs than non-TED orbital fibroblasts.

"We also showed for the first time that AHR signaling in primary human orbital fibroblasts disrupts the pro-fibrotic Wnt/β-catenin pathway, which is important for scar cell formation,” noted Dr. Phipps. Wnt/β-catenin has been shown to play a crucial role in other fibrotic diseases such as pulmonary fibrosis and hypertrophic scar formation.

"We are excited that our translational research team of clinicians and basic researchers have come together to present these novel findings and hope that future studies and trials based on this work can move forward to bring targeted therapies for TED," commented Dr. Phipps.

Each year, approximately one million Americans are diagnosed with Graves’ eye disease. Symptoms may range from irritation and dryness to characteristic protrusion of the eyes, eyelid retraction, vision impairment, light sensitivity, and blindness in the most severe cases. Symptoms can be managed by artificial tears for dryness, prednisone for double vision, radiation therapy to reduce swelling and double vision, or surgical decompression. Smoking is known to exacerbate TED.

Copies of this paper are available to credentialed journalists upon request; please contact Eileen Leahy at +1 732-238-3628 or ajpmedia@elsevier.com. Journalists wishing to interview the authors should contact Leslie White, Senior Public Relations Associate, Public Relations and Communications, UR Medicine, University of Rochester Medical Center, at +1 585-273-1119 or leslie_white@urmc.rochester.edu.

This research was supported by the National Institutes of Health Grants EY023239, ES023032, ES01247 core grant, an unrestricted grant from Research to Prevent Blindness and a research grant from the Rochester/Finger Lakes Eye & Tissue Bank.