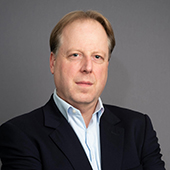 Dan Olley has been Global EVP and CTO of Elsevier, the science, technology and healthcare division of RELX, since 2013. With an extensive career leading and transforming digital organization, Dan has been instrumental in the company’s evolution from a traditional print-based business to a digital solutions provider. As a leading exponent of data driven agile development, alongside the application of big data and machine learning technologies, Dan has helped Elsevier combine it’s unique data sets with the latest advances in technology to create a new generation of products that move beyond providing static information and in to real time recommendation and decision support.

Dan joined RELX’s Reed Business Information division in 2004 as UK CTO and later became global CIO. Dan was one of TechRepublic’s ‘The top 50 CIOs”, was inducted into the CIO hall of fame in 2017 and has been featured in CIO Magazine, EY Insights and Boardroom Insider.

To ask about the possibility of arranging an interview, E-Mail the press office