Investing in the most worthwhile drug targets

Using the Pathway Studio knowledgebase, a team creates a new disease model that saves weeks and months of research.

Choosing the best target early in the discovery process is key to increasing the chances of regulatory approval success with minimal safety issues and maximum efficacy. This paper discusses a sample workflow that leverages the Pathway Studio knowledgebase to build a new disease model, which enables the identification and prioritization of novel drug targets using published literature and experimental data. This approach potentially saves weeks or months of research time. 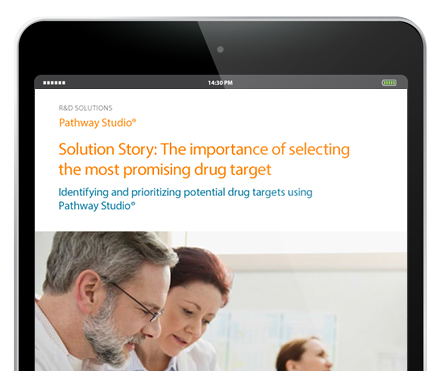 Normally, after eating carbohydrates, the human body produces the hormone insulin, which signals cells to take up glucose from the blood and use it for energy. Insulin Resistance (IR) is a metabolic disorder in which cells cannot properly respond to insulin, resulting in high blood sugar that further increases insulin production. Undetected insulin resistance can eventually lead to type 2 diabetes and cardiovascular disease, so identifying promising drug targets to increase insulin signaling is an area of great interest.

To easily analyze and visualize the disease biology behind insulin resistance, Pathway Studio was used to construct a disease model based on primary literature data, detailing the proteins involved with insulin response and their particular roles. This analysis approach offers an unbiased perspective which often leads to unique insights based on the biology behind these molecular interactions.

Analyzing patient data in Pathway Studio makes it possible to easily spot regulators responsible for the differential expression between healthy and diseased individuals and determine which pathways are enriched with the most active expression regulators. This analysis helps confirm the findings from published literature, and can also identify potential novel drug targets that have not been previously described in the literature. In addition, this data further strengthens the prioritization ranking of selected targets. 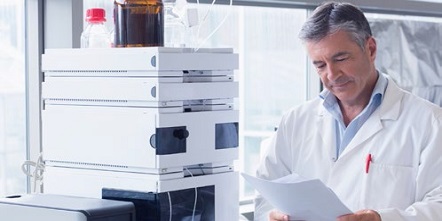 The most promising targets are tightly connected to the disease of interest, have a proven function in the underlying pathology, and are observed with high frequency in the patient population.

Choosing the most promising drug targets is a critical first step to ensuring development of safe and effective drugs, regulatory approval success, and suitability for the market. But determining which targets are best to pursue can be daunting. Pathway Studio and Elsevier’s Text Mining technology now enable scientists to use vast knowledgebases and ways of prioritizing targets to transform this task into a simple workflow, potentially saving weeks or months of research. The resulting comprehensive overview of the disease pathway and a quantitative measure of how strongly each target is linked to the disease equips scientists to move forward with more informed research and better positions them for success.

Ready to get started with Pathway Studio?