Is the researcher population really getting older?

With many claiming that academia is graying, data from Elsevier’s ICSR Lab is helping to separate fact from fiction

By Linda Willems - October 12, 2022  9 mins
Prof Marek Kwiek and his doctoral student Lukasz Szymula collaborated with Elsevier’s ICSR Lab for a global study on the age of academia using structured Scopus data on 5 million scientists in OECD countries. This chart shows the change in the median age of scientists between 1990 and 2020 by discipline.

As a social scientist with a passion for academic workforce research, Prof Marek Kwiek has an intimate knowledge of studies published on the topic:

Over the past 30 years, I’ve read so many publications on the graying of the academic population, most of which were based on anecdotal evidence. I thought, we have the data now to answer these questions, why don’t we find out whether science is really becoming too old to innovate? And if it is, is it true for all disciplines?

He was also keen to explore how the researcher role is changing for women and to what extent gender shapes academic careers.

So Marek, Director of the Institute for Advanced Studies in Social Sciences and Humanities (IAS) at Adam Mickiewicz University of Poznan, Poland, embarked on what he believes is “probably the first comprehensive, global research on changes over time across age groups, genders and disciplines.” With the help of his doctoral student, Lukasz Szymula, and in collaboration with Elsevier’s ICSR Lab, he prepared and explored enriched, structured Scopus data on 5 million scientists in OECD countries covering the years 1990-2020. Only “active” or “publishing” researchers were included, i.e., researchers with a minimum of three years’ publication activity during the period studied, including at least one year in the last decade. While his results have yet to be published, the preliminary findings contain some fascinating insights.

With no reliable data source available on researchers’ biological ages, Marek used academic age (time elapsed since first publication) as a proxy. He decided to focus on the median age of the researchers, which is calculated by listing, in order, the ages of those involved and selecting the middle value. “It is a useful summary measure, and unlike other options, it’s not affected by extreme values,” he explained.

He found that the median age of the academic population increased between 1990 and 2020 across all 24 disciplines studied. “It surprised me that there are no exceptions,” Marek said:

It is clear that the scientific workforce is slowly but inexorably getting older year on year, and it is across the board. But the speed with which disciplines are aging varies. For example, Business saw a rise in median age from 5 to 13 years between 1990 and 2020; in Energy, that rise was from just 6 to 9 years.

In line with popular beliefs, we found that the median age of scholars active in Business, the Arts & Humanities, and Economics is increasing much faster than in other non-STEM disciplines.

The change in the median age of scientists between 1990 and 2020 by discipline. The difference is shown in years. (Source Marek Kwiek and Lukasz Szymula with data from ISCR Lab)

As well as tracking the data longitudinally, Marek and Lukasz reviewed 2020 data separately. According to Marek, those 2020 figures suggest that there is currently a healthy distribution of scientists by age.

“In all disciplines, at least half of all publishing scientists globally are young,” he said. “And by young, I mean they have an academic age of 10 years or less, which is good news. This is even true in disciplines like Physics and Mathematics, where scientists generally tend to be older.”

This was really surprising to me. I knew there would be a lot of young people around, but I never realized that the figures for young women would be so encouraging. It’s interesting to remember that there are more publications by men. This suggests that these women, for many reasons, some institutional, just don’t have the same opportunities to fulfill their potential. And as we are looking specifically at 2020 data here, it is likely that COVID-19 played a role.

We know that the household burden for publishing women was higher during this period — they were typically sending fewer manuscripts and publishing less than before.

Percentage of young scientists (with an academic age of 10 years or less) in 2020 by discipline and gender. The image shows the six disciplines with the greatest difference between the proportions of young men (among all men only) and women of the same career stage (among all women only). For example, in Neuroscience, 51.52% of women in 2020 were young, compared with only 38.39% of men. Results for all disciplines are available on GitHub. (Source: Marek Kwiek and Lukasz Szymula with data from ISCR Lab)

They also found that Engineering, Materials Science, Chemical Engineering and Computing were among the disciplines with the largest percentage of young female publishing scientists (among all women). And they discovered that three quarters of the publishing women in the OECD area studied were located in just five countries – the US, the UK, Italy, Germany and France. “You can only start to build this kind of picture when you look at the data from a global perspective,” Marek noted.

Key finding #3 — 40% of the global academic workforce were engaged in medical research in 2020.

Marek and Lukasz found that 945,590 scientists, or 38% of those they studied, were involved in some kind of medical research during the course of 2020. Marek said:

That was fantastic to realize and it’s enormously useful information. I’m sure it’s because a lot of researchers in other disciplines redirected their attention to COVID-19. As a result, we could see that percentage rise even higher in 2021.

Marek and Lukasz are preparing a paper for publication with their comprehensive findings. Marek gave a preview of their results during a seminar hosted by the European Research Infrastructure for Science, Technology and Innovation Policy Studies (RISIS) in Lugano in May this year. Here, you can watch Marek’s RISIS presentation.

Until recently, Marek had relied on large-scale, global academic surveys to study scientists and their careers, however, a couple of years ago, he switched to using structured big data, such as the datasets found in Scopus. He explained:

They enable us to discover patterns in how science operates that would otherwise be imperceptible.

This shift led to him discovering Elsevier’s International Center for the Study of Research (ICSR) and the ICSR Lab — a cloud-based computational platform that enables researchers to analyze these kinds of big datasets, including those that power Elsevier solutions such as Scopus and PlumX. Marek and Lukasz have been collaborating with the ICSR Lab for two years now. Marek said:

Big datasets are typically commercial and can cost a lot. The ICSR Lab gives us access to data and support, free of charge, which we value enormously. For example, we can use its cloud computing, and its datasets already have gender assigned through inference, which saves us so much time. With projects like this one we are asking new questions, measuring academic careers globally in new ways, and that involves experimentation.

We’ve received enormous help from Kristy James, a data scientist with the Lab, who’s provided advice and input on our project’s parameters and methodology. 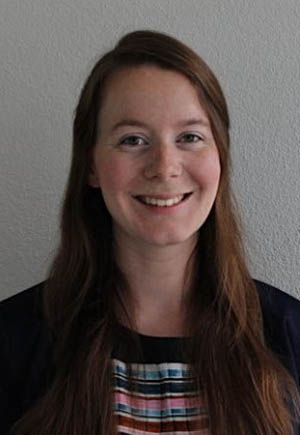 From Kristy’s perspective, the collaboration has also resulted in benefits for the Lab:

We are so happy to see such meaningful research that makes use of the power of the Scopus datasets and computing resources provided through ICSR Lab. Not only have we learnt a lot about this important real-word dynamic, this project has also challenged us to optimize both the code and our system configurations to compute this analysis quickly at a global scale.

For Marek, whose other roles include UNESCO Chair in Institutional Research and Higher Education Policy, the Elsevier datasets have also empowered two important changes in perspective. The first relates to the research subject.

“Traditionally, data from platforms like Scopus have been used for bibliometric (publication) analysis, but in this study, the scientist is the unit of analysis,” he explained. “Academics leave traces in their printed publications. By examining these and combining them with biographical and related data, national and international, we can track academics and their careers over the years, across locations and institutions, as teams and individuals. We can follow them as men and women, juniors and seniors, and across disciplines. The remarkable level of detail and scale now available was unimaginable a decade ago.”

The second change is the ability to view the global picture, Marek said: “I’ve been studying data in my home country of Poland and in 11 other countries using academic profession surveys. But research is global, so a global approach is needed. These datasets enable that.

“In the end, for this study, we decided to focus on OECD countries. Although the OECD isn’t truly global, its countries are responsible for around 60% of the world’s publications. And they tend to have developed research landscapes — academic age is easier to determine for people who have been in science and publishing for years. Name disambiguation is also easier in the OECD area, and inferring gender was an important part of our study.”

Marek and Lukasz aim to submit their paper to an academic journal later this year. It’s part of a wider series of studies they are running using ICSR data to look at research productivity, international collaboration, gender and age in academia. 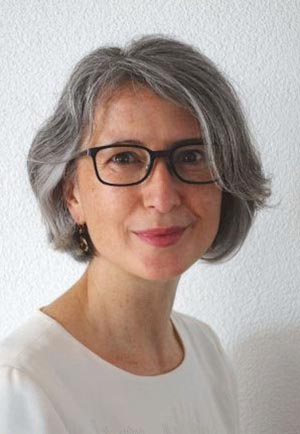 How can we measure research impact? Funders share their insights