3 top tips for responding to reviewer comments on your manuscript 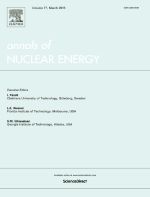 Peer review has a vital role to play in research and publishing and a key step in that process is the revision of your paper. However, knowing how to respond to reviewers' comments isn't always easy - get it right and you could see your paper published, get it wrong and it could mean rejection. So  what can you do to increase your chances of success?

There's plenty of room for improvement, says Imre Pázsit, Executive Editor of the Annals of Nuclear Energy and a Professor at Chalmers University of  Technology in Göteborg, Sweden.

"Originally I thought the mistakes in authors' responses were because of a lack of information on the journal website, or in the letter asking them to revise, but I think it's actually more than that," explains Professor Pázsit. "When early career researchers start publishing, they do so under the  guidance of more senior researchers, who show them how to write a paper. Except this part – responding to reviewers' comments – often gets left out."

He thinks this aspect of the process needs to be systematically included in training for authors, like in our recent Publishing Connect webinar "How  reviewers look at your paper".

Professor Pázsit says: "It's difficult to systematize manuscript writing in general, a bit like trying to explain how to compose music, but there should be training. Responding to reviews is a point missed by most people who provide professional training. I think there are a few main things that could  make the work of editors and reviewers as effective as possible."

You can disagree, as long as you explain

As an author, it can be difficult to read reviewers' suggestions – after all, you have probably poured blood, sweat and tears into the manuscript. You might even have a knee-jerk reaction to defend your article.

According to Professor Pázsit, disagreement is fine – in fact, it is actually part of the process – but it's important you can back it up. "The author may not agree with a comment – this is the essence of the scientific debate, a natural part of the business."

Explaining why you disagree will help the reviewer and editor understand your point of view and ultimately help them make an informed decision about your paper. As Elsevier Executive Publisher Dr. Jaap van Harten advises, "don't fall into the trap of writing to the editor to say that the reviewer is crazy, or incompetent. Make it a factual response. You should have a complete, solid and polite rebuttal to the editor. Write in such a manner that your responsecan be forwarded to the reviewer – editors love copy pasting."

Howto submit and revise a paper

PeerReview: the nuts and Bolts (a publication bySense About Science)

How reviewers look at your paper – your top 9 questions answered

Don't forget to make the changes

One of the biggest mistakes made by authors is to respond to all the comments, but forget to actually update the paper.

What are your top tips for responding to reviewers' comments? Tell us in the comments below!

Dr. Jaap van Harten is Executive Publisher for Pharmacology & Pharmaceutical Sciences at Elsevier in Amsterdam, The Netherlands. He trained as a pharmacist at Leiden  University, The Netherlands, and got a PhD in clinical pharmacology in 1988. He then joined Solvay Pharmaceuticals, where he held positions in pharmacokinetics, clinical pharmacology, medical marketing, and regulatory affairs. In 2000, he moved to Excerpta Medica, Elsevier's medical communications  branch, where he headed the Medical Department and the Strategic Publication Planning Department. In 2004, he joined Elsevier's Publishing organization, initially as Publisher of the Genetics journals and books, and since 2006 as Executive Publisher Pharmacology & Pharmaceutical Sciences.