The discovery, reported in Current Biology, suggests that what time we store and eat our produce may affect its nutritional value 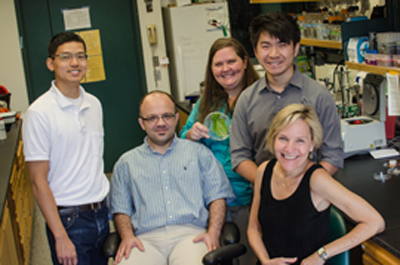 The fruits and vegetables we buy in the grocery store are actually still alive, and it matters to them what time of day it is. The discovery, reported today in Current Biology, a publication of Elsevier's Cell Press, suggests that the way we store our produce could have real consequences for its nutritional value and for our health.

"Vegetables and fruits don't die the moment they are harvested," said lead researcher Dr. Janet Braam, Professor of Biochemistry and Cell Biology at Rice University in Houston, Texas. "They respond to their environment for days, and we found we could use light to coax them to make more cancer-fighting antioxidants at certain times of day."

She explained that even after harvest, they can respond to light signals and consequently change their biology in ways that may affect health value and insect resistance. "Perhaps we should be storing our vegetables and fruits under light-dark cycles and timing when to cook and eat them to enhance their health value," she said.

Dr. Braam and her colleagues earlier found that plants grown in the laboratory change their physiology in important ways over the course of the day, driven by circadian rhythms. They suspected that food crops would do something similar, perhaps even after they'd been harvested from the field. Unlike animals, plants are made up of many separate parts or modules — leaves and branches, fruits and roots — that can continue to metabolize and survive more or less independently, at least for some time. Even after they've been harvested and cut from one another, their cells remain active and alive.

Dr. Braam's team now shows that post-harvest vegetables and fruits can in fact continue to perceive light and, as a result, their biological clocks keep on ticking. That's an advantage to the plants because it allows them to alter levels of important chemicals that protect them from being eaten by insects and other herbivores, the researchers found. When eaten by us, some of those same phytochemicals also have anti-cancer effects.

The researchers made the initial discovery in studies of cabbage. They then went on to show similar responses in lettuce, spinach, zucchini, sweet potatoes, carrots and blueberries. Fruits and vegetables subjected to light-dark cycles at the right times clearly suffered less insect damage. It might be time to consider our foods' daily schedules — not just our own — when deciding what time to have dinner. If that's too much to ask, maybe there is another way, according to the researchers. "It may be of interest to harvest crops and freeze or otherwise preserve them at specific times of day, when nutrients and valuable phytochemicals are at their peak," Dr. Braam said.Biologists at Rice University and the University of California at Davis have found there may be potential health benefits to storing fresh produce under day-night cycles of light. They used lighting to alter the circadian rhythms of cabbage, lettuce, spinach, zucchini, carrots, sweet potatoes and blueberries. The scientists showed how manipulation of circadian rhythms caused cabbage to produce more phytochemicals, including antioxidants. [divider] 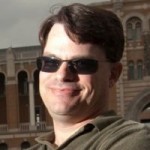 Mary Beth O'Leary is Press Officer and Associate Media Relations Manager for Cell Press (@CellPressNews), based in Cambridge, Massachusetts. She began her career at Cell Press as an Senior Editorial Assistant for the journal Cell before transitioning into a role as Marketing/Publicity Coordinator. In December, she moved into her position as Press Officer for Cell Press's 29 journals. A graduate of the College of the Holy Cross in Worcester, Massachusetts, she studied literature and art history.

Jade Boyd is Associate Director and Science Editor in the Office of Public Affairs at Rice University (@RiceUniversity) in Houston, Texas. He began his science writing career at Rice in 2002 and spent more than a decade reporting for a daily newspaper, an international wire service and a technology trade magazine. He earned a degree in journalism from Texas A&M University.

Great study. As a plant biologist, I always knew that vegetables and fruit were alive. But your research shows that vegetables are still responding in complex ways to their environment. I will try to incorporate this information into a new botany teaching lab. experiments.

Thank you, April. I agree, and I'm looking forward to seeing what practical applications come out of this research. Yesterday, I actually decided to leave my fresh peach on the counter instead of sticking it in the fridge.

Thanks April- this research has certainly garnered a lot of people's attention on social media and in the press!