“Without data, there is no research”: cardiologist on why data sharing matters 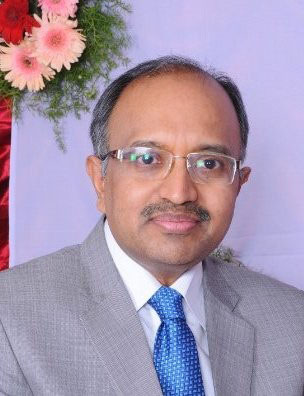 Dr Srinivas Ramaka believes in the power of robust data. He sees it as the basis of quality research, capable of bringing lasting change in health outcomes. He feels that, as a cardiologist, along with treating individual patients, his duty is to lay a firm foundation for health outcomes research through sharing high quality data:

Being in the field of cardiovascular medicine for more than 20 years now, I’ve heard so many reports of out-of-hospital cardiac arrest — often when a patient attends our clinic and talks about how a friend or a relative has collapsed suddenly.

While there are international databases on out-of-hospital cardiac arrest (OHCA) in places such as Canada, the US and the UK, Srinivas noted that there was limited data for India. Srinivas set about creating the Warangal Area out-of-hospital cardiac arrest registry (WACAR) with his local ground-level team along with international collaborators from the University of Illinois. The idea was to gain a better understanding of OHCA in a regional setting in India. To ensure that the registry was effective and would help save lives, Srinivas knew that he had to take data very seriously:

For any piece of research, data is important. Without data, there can be no research. With something like this, we had to be systematic and transparent with our data collection because that is crucial to a registry for sustained data collection and using it to save lives.

Among the challenges Srinivas and his colleagues faced was that there are so many variables to record in each case, and it was not always practical to gather this data in distressing and dramatic circumstances:

For something like this, each data element is important. You have the demographic data – that’s one table. You have the clinical data – that’s another table. Then you have what you call the registration characteristics like, ‘What did the bystander do? Was an ambulance called immediately? Did someone at the scene apply CPR?’

The team referred to standard international guidelines for the collection of data on OHCA. “The study approach involved generating a case report form utilization when someone with a cardiac arrest was brought into the emergency department,” Srinivas explained. “It’s difficult to collect data in the moment, as you can imagine, as it’s such a sensitive issue. Such collected data helps the medical team to record, and the same data is used for our research.”

The team would then follow up by phone to collect any data that hadn’t been obtained when the patient came into the hospital, allowing them to record in more detail the variables in place when the cardiac arrest happened. That required striking a delicate balance, Srinivas said:

We tried to gather as much data as we could from the attendants at the hospital because we don’t want to keep going back to the kith and kin and remind them of the tragic event again and again.

Ultimately, through the use of multiple sources and the systematic gathering and review of the data, Srinivas and his team created a dataset with information on demographics, patient characteristics, risk factors, history of heart disease, comorbidities, prior symptoms, resuscitation characteristics, event timing, utilization of Emergency Medical Services and outcomes.

The dataset Srinivas created is now available to share via Mendeley Data and was recently recognized by the RDM Advisory Board for exemplifying the FAIR data principles of being Findable, Accessible, interoperable and Reusable:

“Ultimately conducting such research in a low resource setting has been a challenge,” Srinivas said. He added that he was humbled by this recognition and acknowledged the contributions of his coinvestigator, Dr Vemuri Murthy of the University of Illinois Department of Emergency Medicine, other co-authors “and also the support of everyone in the local healthcare system, including the attendants of patients who contributed to the quality data.”

Srinivas said he believes in evidence-based resuscitation research collaborations in India and internationally. As an example, he collaborated with Dr Murthy, who is a resuscitation educator, and other faculty members at the University of Illinois at Chicago College of Medicine for this project and other community-based programs in India:

The field of medicine has no boundaries. If anyone else in the world can use data to improve patient outcomes, they should be able to do so. Ultimately, what is more important for any medical professional than improving quality of life and improving survival for people? That is the basic premise behind my research.

“The ART of medicine”

Dr Srinivas Ramaka trains members of the public in CPR.

Overall, Srinivas’s approach with the registry is an embodiment of what he describes as the “ART of medicine” – a way of driving change through information and data. He explained:

The A stands for creating Awareness in the community, in this instance creating awareness on cardiovascular disease, recognizing cardiac arrest, performing CPR correctly. The R stands for Research. Any healthcare research should focus on improving health outcomes to improve quality of life and improve survival. The research I do is very much focused on the good for the community. This research related to this registry on OHCA is about improving quality of life and survival for victims of cardiac arrest.

That, Srinivas said, emphasizes the way his work is not just about treating patients but sharing knowledge:

I’m always looking at how we can teach the community, teach other medical professionals and overall train the next generation. That’s why sharing this dataset is so important. Like all good data, it transfers our findings to the research work of the future.

We are interviewing researchers who made their research data available in a way that exemplifies FAIR data principles — Findable, Accessible, Interoperable, Reusable. The researchers are chosen by the Elsevier RDM Advisory Board and Elsevier Data Champions. You can View and download their datasets in the Mendeley Data Repository

With a successful medical career, this researcher pursues his dream job