The power of being a Pride ally at Elsevier

I’m proud to be a Pride ally — let me tell you why I’m part of Elsevier Pride’s influential and powerful ally network in Chennai, India

I am thrilled to speak with all you through this article, especially during this joyous and revolutionary time of year: Pride Month!

As a child, my powerful role models were my mother and my paternal grandmother. I knew them to be headstrong, smart and astute women. However, I was always curious about the dynamics of the relationships between them and their respective partners. While my grandmother would do everything that was asked of her, my mother would not. I saw that things were never equal. Equality among genders was not prevalent, and roles were predefined. We lived in an unequal society, and gender played a key role in it.

A moment of powerful truth 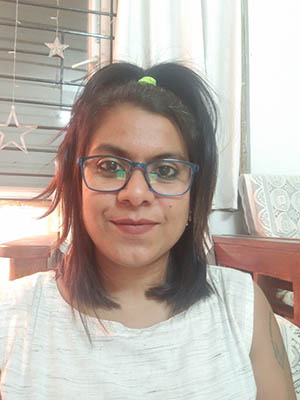 At 14, I was introduced to works of Urdu novelist Ismat Chughtai. Lihaaf (“The Quilt”) was my first story that dealt with sexuality and same-sex desire. I was curious and asked my teacher what makes the “great shadows” described in the short story. The teachers in my school were asked to support and clarify everything the students asked about, so she explained to me about gender and sexuality. I felt so proud as I knew that there were more than two genders, and it was not always necessary that a man and women should be attracted to one another.

I wondered what that meant in day-to-day life. I continued my final two years of high school in a different boarding school. I could go home once every three months, and I usually traveled by train. On one trip, I saw a small group of trans women on the train. I should explain that in India, the transwomen community is pushed into beggary and sex trade because society discriminates against them and creates a forced lack of opportunity. On the train, a passenger asked them, “Why don’t you work like the rest of us?” — to which a transwoman responded:

You don’t treat us like the rest of you.

This was the moment of a powerful truth for my growing adolescent brain. We do not treat people equally, and they are oppressed through various means. In this way, gender and sexuality have a duality: since ancient times, they have played a major role in oppression, and they continue to do so. They can also evolve with time and can be wielded to oppress anyone.

I have a vibrant and politically charged group of friends, and it is an inclusive network. This set the basis of my political understanding of gender and sexuality. I knew that I was an ally, and it was my responsibility to build safe spaces in all the areas that I work and engage.

Once I graduated from college, I worked with a couple of organizations and was surprised at the extent of patriarchal values seeping into work culture. I never felt that I belonged anywhere and never felt accepted. At one job, for example, the managers were all men, and they expected obedience from all employees, especially women. We were not empowered to question decisions or offer suggestions; we were asked to do what we were told and never allowed to experiment.

In 2013, I joined Elsevier as a Journal Manager. I was curious to work for a company that published few of my college textbooks on molecular biology and cell biology. From then on, there has never been a dull moment. I felt a sense of belonging, and I was awed as this organization was walking the talk with respect to diversity and inclusion.

It was a time when Section 377 of the British colonial penal code was still active, and it was solely used to criminalize people from the LGBTQIA+ community. In 2017, Elsevier and our parent company, RELX, organized one of the pioneering events in India: the LGBT Workplace Symposium.

Instilling Pride in our organization

Employees gather for the launch of Elsevier Pride’s Chennai Chapter in August 2017. 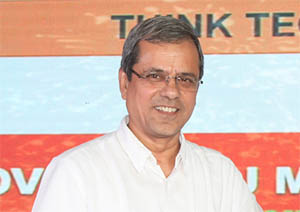 Ganesh Venkatesan is executive sponsor of the Chennai Pride chapter.

The event paved way for us to create the first Elsevier Pride Chennai chapter in India. This is a remarkable and a significant achievement. We were not just pinkwashing the organization — we were creating innovative safe spaces. We knew that visual media was the most powerful tool, and we engaged with our employees through movies. We advocated for policy changes and equitable recruitments. The founding members of this Elsevier Pride Chennai chapter are Lavanya Ashwin, Elavenhil Pallipatti Mohan and myself, and we were supported by Garry Ward and Ganesh Venkatesan.

We have been doing remarkable and important activities that led to the strong ally network that you see today.

We are strong and we are growing — paving the pathway to the future! 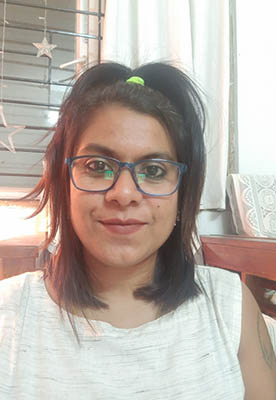 Divya Aruna Kaliyaperumal is a Senior Trainer and Executive Journal Manager based in Chennai, India. She has worked on several portfolios, including Mathematics, Chemistry, and Health & Medical Sciences. She helps in training the new journal managers and focuses on creating interactive ways to enable training. She is also a trained Psychological Safety practitioner and trainer. In addition, she is one of the core founding members of the Elsevier Pride Chennai chapter. She believes that inclusion, diversity and equity are crucial for creating an agile and efficient working culture and continues to impart this in her day-to-day roles.

I struggled as a creative at work — then I found Elsevier

You may well have autistic colleagues, but chances are you won’t know for sure