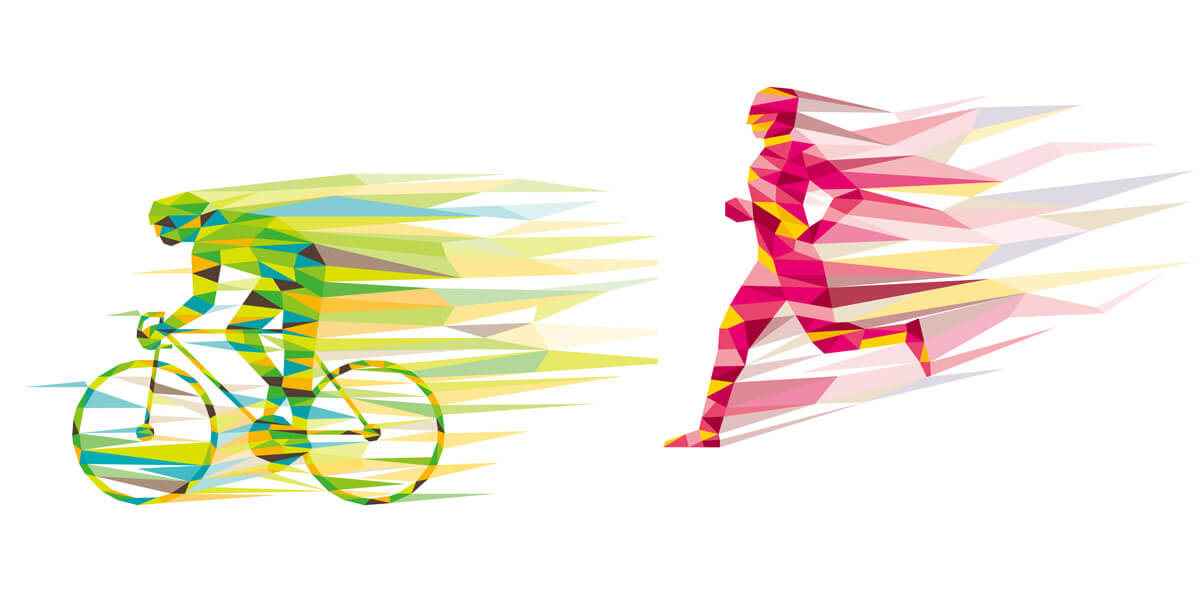 Update: The articles in this story are now freely available until October 31, 2016.

Starting August 5, the Olympics in Rio will gather more than 10,000 athletes from 206 countries competing in 42 disciplines. Most of the athletes have put in years of intense, focused physical and psychological training.

For those who will be watching them, or who play sports themselves, we have created a virtual special issue called The Physics of Sports. The articles here are freely available until October 31, 2016.

Understanding the physics of motion can affect all areas of sports, from helping athletes move faster, to preventing injuries, planning more efficient trainings, and developing aerodynamic equipment and clothing.

Physics and sports are intimately connected. This is because every sport’s discipline depends on the ability of an athlete to exercise a force, and a force is one of the key elements of Newton’s laws of motion and other elementary physics concepts.

Work and energy in pole vaulting

In physics, work is defined as the result of a force moving an object a certain distance. Thus, force and work are directly proportional to each other. In addition, the concepts of work and energy are closely related. Hence, work transfers energy from one place to another or one form to another.

In the following articles, the authors explore these principals in pole vaulting:

In physics, if a system is isolated from its surroundings, that is, if no external forces acting on it, there are three conserved quantities (which means they maintain the same level or energy or transform into other types of energy): energy, linear momentum and angular momentum. In classical mechanics, conservation of linear momentum (the product of the mass and velocity of an object) is implied by Newton's laws.

Friction in skating and swimming

The force of friction is the force resisting the displacement of one surface over another and material elements sliding against each other. In all sports, friction represents a braking force that needs to be overcome; the more you can overcome this force, the better your chances of success. 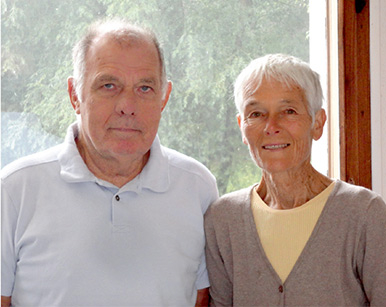 Skating is possible because the melted liquid layer in-between ice and skate has macroscopic thickness. It is due to the heat generated by friction. The thickness of the melted layer is deduced from the basic equations of fluid mechanics and Stefan law, it depends on the velocity and mass of the skater and the radius of profile and bite angle of the blade. We show that such a lubricating melted water layer always exists for standard values of ice skating data, contrary to what happens in the case of cavitation of droplets due to thermal heating (Leidenfrost effect).

During the last 10 years, Dr. Le Berre has collaborated with Prof. Yves Pomeau of the University of Arizona on topics ranging from the quantum tunnel effect in fibers, to earthquake predictions, supernovae description, ice-skating, the study of irreversible phenoma like turbulent flows, and recently the fluorescent emission of a single atom. Recently they published an article on ice-skating:

Swimmers suffer the gravity and the force of water in swimming. Achieve efficient movement through such dense as water environment is one of the biggest challenges they have in common coaches and swimmers. Those who can move through the water while minimizing the effects of physical forces on their bodies are guaranteed to get excellent results. Swimmers must find ways of how to improve their position or arrow streamline and simultaneously reduce the area occupied by their body as it moves through the water. By reducing the area, they reduce resistance, which acts as opposing force in the water — very similar to the friction out of the water. This is because the position of the swimmer’s body is so important, and especially how they move their arms, and place the fingers in their hands.

In this article, the authors use physics to address swimming technique: 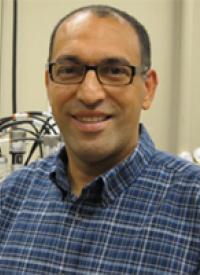 Aerodynamics is a term of physics that describes the ability of an object to overcome air resistance. Thus, it can be applied to cycling, the bicycle composition and design, the clothing worn by the cyclist, and even the positioning of the rider on the bicycle.

Dr. Samir Aouadi, Editor of Surface and Coatings Technology and Professor of Materials Science and Engineering at the University of North Texas, has over 15 years of experience in using various techniques to modify materials’ surfaces. He explained:

Coatings are currently used to extend the lifetime and enhance the performance of several components that are used by athletes. For example, coatings are used to reduce friction improve on the wear resistance of bearings used in high performance bicycle bearings. In addition, protective ceramic coatings are also used for golf club heads, air rifle barrels, and in various bow modules used in archery to provide surface lubrication as well as impact, scratch, and corrosion/chemical protection. Finally, epoxy coatings are used on kayaks and on paddles to enhance their scratch and corrosion protection.

In this related article, the authors talk about this type of materials in sports equipment:

In addition, aerodynamics plays a big role in all ball sports related. The air flow around a ball thrown through the air differs greatly depending on whether it has a smooth surface or a rough surface. 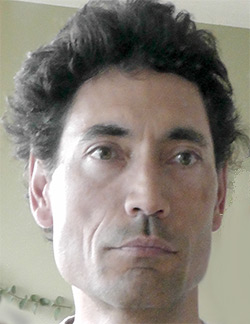 Hugh Trenchard, an independent researcher in Victoria, British Columbia, Canada, whose interest in peloton dynamics and collective behavior stems from his experiences as a competitive cyclist, runner and duathlete. His primary research objective is to show how self-organized principles of peloton dynamics are ubiquitous across biological collectives and represent fundamental principles of evolution. He explained:

During the Tour of France, spectators might wonder why cyclists spend most of the race in pelotons. Cyclists can travel significantly faster by traveling in pelotons and by drafting (i.e., cycling closely behind another in a zone of reduced air pressure). The shorter is the distance between cyclists, the larger is the decrease in wind resistance. Also, cyclists save more energy if they are among a group of eight cyclists than if they are drafting behind just one or two other cyclists. Therefore, aerodynamics plays an important role in cycling races.

When cyclists save energy by drafting, they also couple their energy expenditures. This means that each cyclist’s output is directly affected by the outputs of their nearest neighbors. This interactivity produces self-organized collective behavior. ‘Self-organized’ means that behavior emerges bottom-up from basic physical principles; i.e. the collective behavior is not driven by top-down demands, such as when a leader shouts at team-mates to move to certain positions. Of course top-down behavior does occur in pelotons, and cyclists constantly adjust positions according to team tactics and strategies. However, certain collective behaviors can be shown to emerge from underlying physical coupling principles. The study of collective behavior is an area of physics known as complexity theory, and includes the study of flocks, schools, and herds.

Coupling among cyclists is a function of three basic physical/physiological factors: the speed or power-output of a leading cyclist, the energy saved by drafting, and the maximal sustainable outputs of the drafting rider. With these three factors, we can model the collective behavior of pelotons. We can show that there are different thresholds and phases of collective behavior. A phase transition means there is both a quantitative and qualitative difference in the pattern formation and structure of the peloton. Such phases include cyclists forming a single-file line, when they are cycling near their sustainable maximums and cannot easily pass others; and a dense and compact formation, when riders cycle at lower outputs and can pass their neighbors.

Thus, drafting is used to reduce wind resistance and it is seen in cycling, running, swimming, and car racing as well. Drafting and physiological factors produce collective behavior and phase transitions. Computational Fluid Dynamics is a computational technique used to model drafting that can help athletes to prepare and train more efficiently.

In these articles, the authors explore the principle of aerodynamics in cycling: 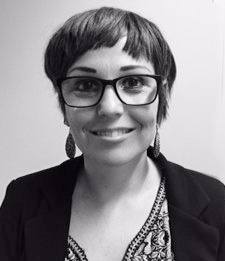 Dr. Carina Arasa Cid joined Elsevier in 2014 as Managing Editor in Physics, and became Publisher of a portfolio of 14 surface science journals in 2015. She holds a PhD in Physical Chemistry from the University of Barcelona and has held postdoctoral positions at Helsinki University in Finland and Leiden University in the Netherlands. Her research involved theoretical simulations to study the chemical reactions that take place on space shuttles during their re-entry into the atmosphere, and water formation in the interstellar medium. The last project led her to launch a new journal at Elsevier, Molecular Astrophysics, which provides a platform for scientists studying the chemical processes that form molecules on solar system objects and in regions of star and planet formation in the interstellar medium of galaxies. 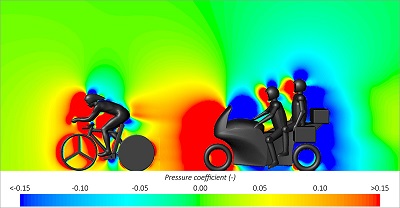 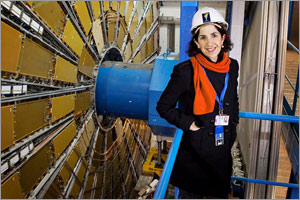 Celebrating women in physics with free access to their research 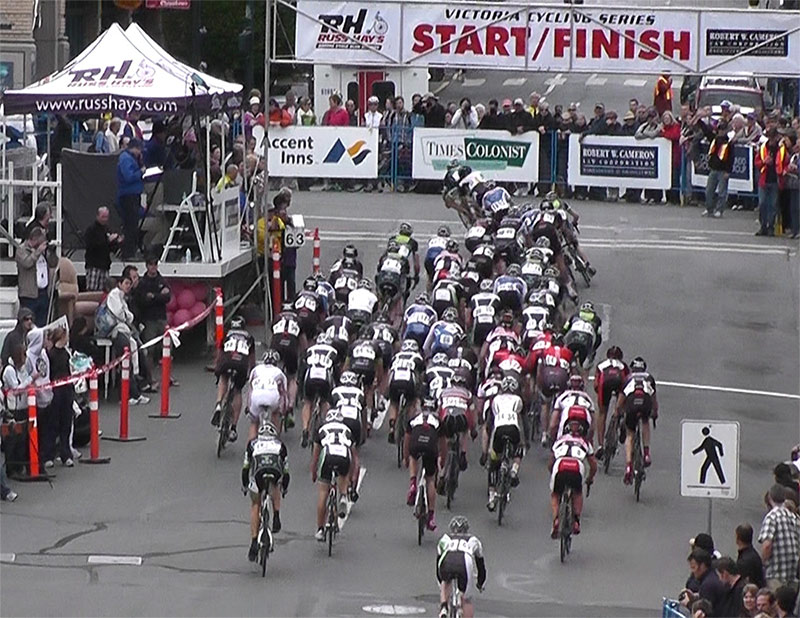