Maintaining access to library resources in a COVID-19 world

The coronavirus pandemic has forced educational institutions around the globe to rethink the delivery of learning and research services. With campuses closed, and libraries inaccessible to faculty and students for much of this year, providing remote access and support has been critical. Institution librarians, in particular, have been quick to adapt to this shifting landscape. In this article, Emily Singley, Head of Library Systems at Boston College in the US, and Naomi Visser, Manager E-Resources at Stellenbosch University in South Africa, share the challenges they have faced and the lessons they have learned during this unique period. 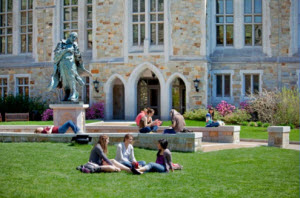 At Boston College, almost all students (84 percent) reside on campus, with most faculty choosing to work there too. Emily says: “We never dreamt of a situation where that would change. But, in mid-March, everyone was sent home and we stayed off-campus for the rest of the spring semester and summer.”

Like most academic libraries, the majority of Boston’s usage comprises electronic or digital resources. Emily explains: “Prior to the pandemic, about 80 percent of access to our e-resources was via direct IP, as I call it, and only 17 percent via proxy links; despite the fact that our librarians hammer into students the importance of starting from the library’s proxied links.” 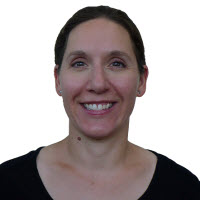 A few years ago, a “really smart” e-resources librarian set up federated access, via Shibboleth, for a couple of the library’s e-resource vendors – including Elsevier. Emily recalls: “She did it more as an experiment than anything else. We didn't really expect it to get much use. And, prior to the pandemic, only around 3 percent of access was via Shibboleth.”

According to Emily, it was when the campus closed that things got “interesting.” Students and faculty were suddenly met by requests to log-in or buy/subscribe to content when they arrived at vendors’ platforms. “The easy access via direct IP, may have falsely given users the impression that most content was non-subscription, which set them up for frustration once they went off-campus,” Emily notes. In total, the library saw e-resource usage decline by 45 percent in March/April this year, compared to 2019 figures, although Emily notes that there may have been other factors at play, including reduced assignments and an extra week of vacation. The library also saw a spike in e-resource problem reports.

However, for Elsevier content, e-resource usage increased by 35 percent over that same period. Emily says: “Because federated access had been implemented, users could just log in to ScienceDirect using their normal campus institutional credentials. And here's the truly amazing thing: whereas federated access to Elsevier had previously accounted for around 3 percent of Elsevier usage, in March, when we were all at home, it rose to 50 percent - that's an increase of more than 4,000 percent.”

During lockdown, the library promoted a university website page explaining the remote access routes to students. But as Emily notes, “students who didn’t realize they needed a library subscription to access resources, wouldn’t have gone looking for that page.” Frontline librarians worked closely with faculty to embed proxied links on course pages, but that only helped people looking for course-related reading, not those doing individual research. Librarians also worked closely with educational technologists to optimize online courses.

In fact, Emily is so passionate about federated access she is a member of the Seamless Access Project, which encourages publishers like Elsevier to adopt the same user experience across their platforms for federated access. 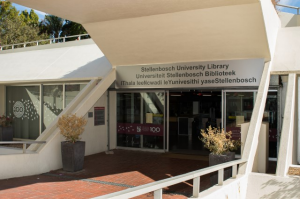 When South Africa announced its national lockdown in mid-March, face-to-face teaching was banned, students were required to vacate campuses, and librarians and staff were told to work from home.

In South Africa, the academic year runs from February to November, and most universities, Stellenbosch included, extended their March recess, using the time to “train lecturers in online learning and assessment methodologies and prepare students for the new way of learning.” But, according to Naomi, they faced a few hurdles along the way. 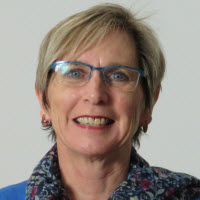 Despite these problems, the library recorded an average increase of 71 percent in the usage of content supplied by four of its key vendors during the first three months of the lockdown, compared to the same three months in 2019. Naomi says: “I think students and researchers had nothing else to do during lockdown, so they studied and did research. I also like to think that the increase is due to the effort we put into communicating with users.”

As soon as lockdown and remote online learning became a possibility, the library and information service prepared new workflows, which were communicated to users via multiple channels. An email with detailed information was distributed via the university’s distribution lists. Announcements on the library website were updated as and when needed, “and, of course, social media was used extensively. Some Instagram accounts were added to the existing Facebook and Twitter accounts, and some faculty librarians started WhatsApp groups to communicate with their students and lecturers.” Naomi adds: “Faculty librarians also remained in contact with their faculties via email and used MS Teams for individual meetings. Ask a Librarian, the online reference service, continued to be available and there was a marked increase in the number of questions asked compared to the same period in 2019.”

An important communication channel for the library is its LibGuides. “We created a special COVID-19 LibGuide with tabs for e-books, e-journals, COVID-19 research, and additional resources, such as tools for finding and organizing course content, articles on online learning, and tips to share with students.”  During the first month of lockdown, total views for the LibGuide on finding, accessing and using information effectively, rose by 79 percent compared to the same period in 2019.

The Library also organizes classroom-based training sessions - “Smart Researcher Workshops”. These have moved online since the pandemic, and Naomi has been amazed to see attendance rates nearly double. “The trend is continuing in the second semester, with even better attendance and higher registrations. We have also introduced new topics; for example, one on off-campus access to e-resources during lockdown.”

At the time of writing, South Africa remained in partial lockdown, with only 33 percent of students back on campus. “Most of the lectures will be delivered online for the remainder of the academic year, but we are prepared,” says Naomi.

The authors took part in the recent Library Connect webinar Librarian best practices for uninterrupted access to research and education. Access the recorded version of the webinar by clicking on this link.