ESOF champions urge ‘crossing borders’ — in science and beyond

Before ESOF2022, local experts talk about why we need to bridge the gap between science and society

By Milly Sell - June 24, 2022
As ESOF2022 local champions, Profs Corinne L Hofman and Ferry Breedveld of Leiden University worked with the ESOF scientific board to define the conference theme and review proposals.

How best to advance science across society?

Exchanging ideas, sharing breakthroughs, and facilitating interdisciplinary debate are fundamental to success. This is the premise behind the EuroScience Open Forum (ESOF), a biennial conference founded in 2004 by the European Association for the Advancement of Science and Technology (EuroScience).

The 10th edition of ESOF is being hosted in Leiden from July 13  to 16. Thousands of leading thinkers, innovators and policy makers from around the world will participate, both in person and online.

This year’s main theme is “Crossing Borders, Engaged Science, Resilient Societies.” In our globalized society, we deal with many of the same problems. Bringing together science and society allows for essential collaboration on solutions for pressing challenges.

Setting the vision for an ESOF conference and bringing it to life requires significant oversight. Several boards are in place, including executive and scientific committees. Alongside these, two champions are appointed for each edition. These are prominent local individuals who have made a significant contribution to science.

As for ESOF2022, the champions are Prof Dr Corinne L Hofman and Prof Dr Ferry Breedveld. Both have an extensive research and academic connection with Leiden University through their respective fields.

Ahead of the conference, they share thoughts on this year’s theme and why it is so important for science and society.

“Crossing borders for me means between disciplines, nations, scientists, backgrounds and worldviews.” 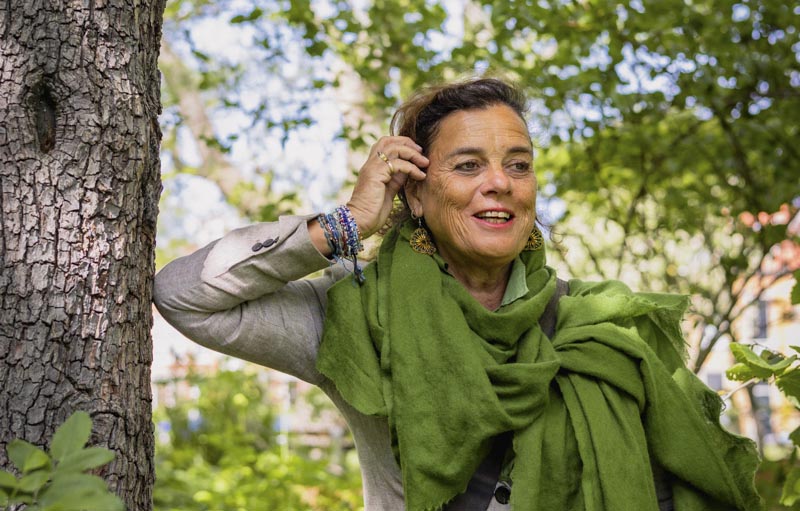 Prof Corinne L Hofman is Professor of Caribbean Archaeology and former Dean of the Faculty of Archaeology at Leiden University. She is also a senior researcher at the Royal Netherlands Institute for Southeast Asian and Caribbean Studies (KITLV).

Prof Hofman and her team have conducted archaeological research on many Caribbean islands over the last 30 years. Safeguarding the vulnerable cultural heritage of the Caribbean is a key focus.

Selection as champion for ESOF2022 is a source of pride for Hofman. But it is the quality of conference program that is her biggest motivation:

I am very honored to be in this position. I see my role as an organizer or advisor for the content of the conference. I enjoy putting together an excellent program, in which we aim to cross borders.

The theme is particularly resonant for Hofman; in 2008 she co-edited a book with the title Crossing the Borders. Consequently, she holds a strong sense of what the theme can encompass:

Crossing borders for me means between disciplines, nations, scientists, backgrounds, and worldviews. But foremost, it means crossing borders between science and society.

Decades of research throughout the Caribbean have brought to attention the importance of open dialogue:

My research focuses on part of the world that was heavily affected by European colonialism. Fostering inclusive and engaged debate is paramount. Crossing borders should mean exchanging knowledge between science, societal partners, and local communities. It is about crossing the gaps between western and non-western ontologies. We need to encourage multi-vocality, inclusiveness and resilience.

A key goal of ESOF2022 is to highlight the role of the general public in scientific discourse. Prof Hofman sees this as a crucial aspect of the theme:

We are bringing together a diverse group of excellent keynotes and speakers from scientific and non-scientific backgrounds. By challenging relevant, timely topics, I hope this will encourage dialogue. The conference should stand out for its engagement with the public. The activities planned should contribute to this endeavor.

Prof Hofman believes ESOF is an example of a true transdisciplinary platform. As such, it maintains a vital role beyond the upcoming conference:

I hope ESOF continues to offer a diverse, inclusive opportunity for engagement with society. I hope multi-vocality stays at the fore.

As for Prof Hofman’s dream for the scientific community at large, it is both simple and fundamental:

I hope the scientific community can look into a future where respect for one another is the core.

“Scientific activities should be as open as possible, widening their reach and engagement with citizens.” 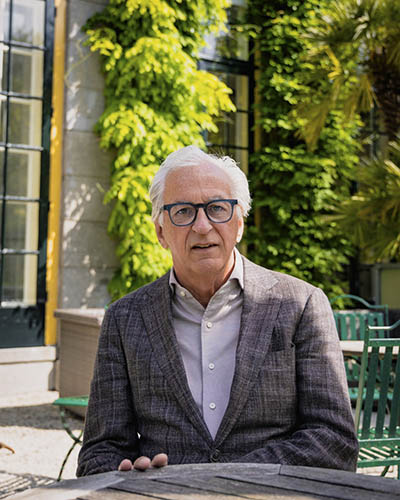 Prof Ferry Breedveld studied medicine at Leiden University, subsequently specializing in internal medicine and rheumatology. His research has focused on the pathophysiology of rheumatoid arthritis and the development of rational treatments.

Prof Breedveld has enjoyed a distinguished career at Leiden University, serving as professor, Head of Rheumatology, Chairman of Medicine and CEO Leiden University Medical Center. From 2003-5, he was president of the European League Against Rheumatism (EULAR). He is an honorary member of several scientific organizations and member of the Royal Academy for Arts and Sciences. He was appointed a Knight of the Order of the Netherlands Lion in recognition of his scientific contributions.

As a local champion for ESOF2022, Prof Breedveld considers it a great pleasure to contribute to the aims of the congress. The theme and goal of inspiring multidisciplinary discussion is important in relation to his own medical background. He puts this in the context of a key issue impacting the health of global society:

The health gap is one of the biggest challenges in medicine. That’s to say, the difference in health between social groups within the same society along with the inequalities between different societies. Solving this needs the attention of nearly all disciplines — we need to make sure that what we already know is shared everywhere.

Prof Breedveld believes the importance of the interaction between science and society cannot be overestimated:

In the end, most changes are based on the interface between politicians and citizens. We all hope the policy chosen is based on science. For this to happen, scientific activities should be as open as possible, widening their reach and engagement with citizens.

Beyond ESOF22, Prof Breedveld considers the ongoing role for the conference to be very much in line with the goals of the scientific community at large:

I hope science, aided by platforms like ESOF, can continue to create trust. I hope to see open communication, open science and transparent interactions between science and policy.

Elsevier has been a partner of EuroScience for more than a decade, through roundtables, discussions and special events at the ESOF meetings.

“Debate and exchange of ideas are key for scientific advancement,” says Dr Michiel Kolman, SVP of Research Networks at Elsevier, “and we’re proud to support ESOF's mission to bridge science and society.”

As Ylann Schemm, Elsevier’s VP of Corporate Responsibility, notes: “We can work together to connect communities and build cross-disciplinary dialogue, fostering a truly inclusive and sustainable research ecosystem.”

This year, Elsevier will present a number of panels and workshops: 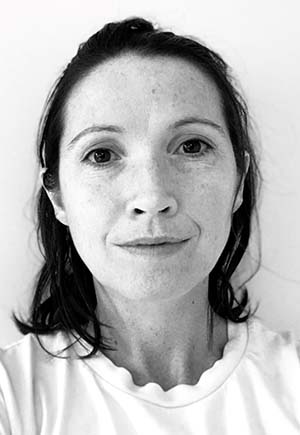 Milly Sell is a freelance content writer with a particular interest in science, horticulture, the natural world and people’s stories. Now based in the UK, Milly has more than a decade of experience, including several years in the Netherlands. Her work includes print and digital work for businesses and charity.