Average number of submissions per year: 600

What inspired your career in research?

I was inspired mostly by the Apollo program. I was this little Brazilian girl who wanted to be an astronaut, until I realized that being Brazilian, female, and with terrible eyesight, I was not likely to make it. I decided to become an astronomer instead and take part in the space program that way. During my undergraduate years in England, I became really interested in planetary geology, so ended up doing a PhD in that area. I have been part of two great missions, Galileo and Cassini, so I can say I fulfilled my childhood dream.

How would you describe a typical working day?

I divide my time between my Editor-in-Chief responsibilities, my research projects, my work on various committees, and things that just come up. I’m always busy, but the editorship takes priority because I understand how frustrating it is for an author to have a manuscript take a long time to get through the review process. Sometimes we can’t help it, but I try to be as fast as I can on my end.

How do you measure success in your work?

To be appreciated by one’s colleagues is a great measure of success, but overall I don’t think much about what being successful is. I think what matters most is that you do work you love and that makes you feel fulfilled.

Do you have any particular advice for younger researchers?

Do what you love, find your niche. Be persistent because research is a road full of obstacles and dead ends. Focus on the process more than the outcome and enjoy the journey of discovery.

What drove you to become an editor?

I love writing and publishing. I have not only been author or co-author of over 120 peer-reviewed papers, but also eight books. When the opportunity to apply to be Editor-in-Chief for Icarus came up, I immediately applied. I’m very proud of the journal, which was started by Carl Sagan.

What is the most rewarding aspect of editorial work for you and what do you find difficult about the role?

What is the most important attribute for being an editor?

Having a broad knowledge of the field and good judgement.

Name one item/tool/resource that you cannot do without in your editorial role?

What would you be doing now if you were not in your position?

That’s hard to say. I might still be doing line management, as I stepped down when I became Editor-in-Chief for Icarus. But maybe not. Five years was enough.

What is the most interesting image/photograph you have come across in your journal?

It’s very hard to pick one. I am biased toward the Cassini images of Saturn and its rings and satellites, as I worked on the mission. The images obtained by the camera, in particular, are just awe-inspiring. 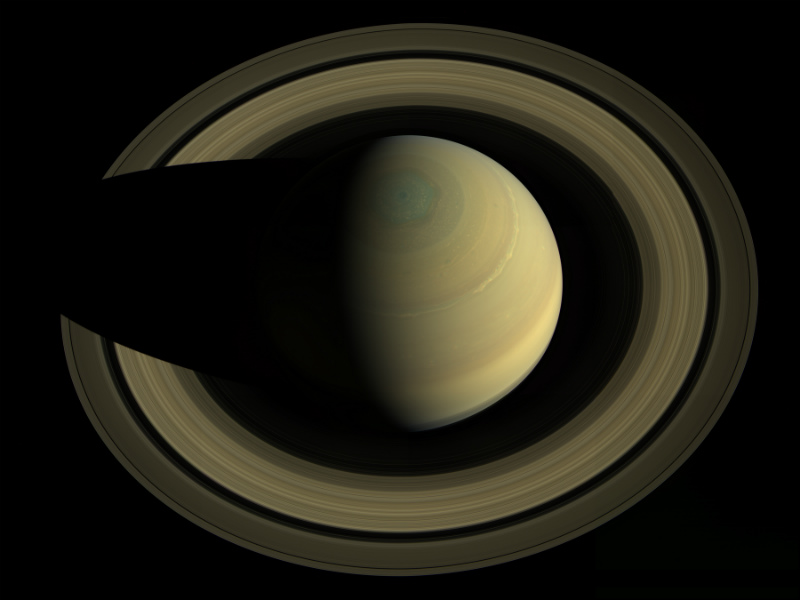 This beautiful image of Saturn and its rings taken by Cassini’s Imaging Science Subsystem is one of my favorites. The view is in natural color, as human eyes would have seen it. This mosaic was made from 36 images in three color filters obtained by Cassini's imaging science subsystem on Oct. 10, 2013. It was the cover image of the Icarus special issue on “Planetary Rings” (volume 279, 15 November 2016), edited by my Cassini colleagues Philip Nicholson and Larry Esposito.

Dr. Rosaly M. C. Lopes is a Senior Research Scientist at NASA’s Jet Propulsion Laboratory and Editor-in-Chief of the planetary journal Icarus. She obtained a B.Sc. in astronomy (1978) and Ph.D. in planetary science (1986) at University College London, UK. Her research expertise is on planetary geology and volcanology and she has studied Mars, Io, and Titan. She was a member of Galileo’s Near-Infrared Mapping Spectrometer team from 1991-2003 and of Cassini’s Titan Radar Mapper from 2003-2018. She is an elected Fellow of the American Association for the Advancement of Science, the Geological Society of America, and the American Geophysical Union, and an elected member of the International Academy of Astronautics. She has received several awards including the Carl Sagan Medal from the American Astronomical Society, the NASA Exceptional Service Medal and the Ambassador Award from the American Geophysical Union.

Research 2030 podcast: ‘Breaking up is hard to do’