Dye-based alert could replace the use of prophylactic antibiotics, which can lead to antibiotic-resistance and superbugs 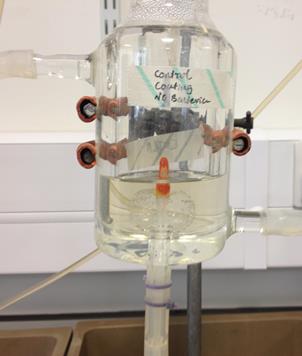 Millions of people around the world use urinary catheters every day. The tubes running in and out of their bodies provide a safe way out for urine but leave people constantly open to the risk of infection.

A species of bacteria called Proteus mirabilis is particularly adept at building crusty scaffolds that eventually block the catheter tubes. We call these layers of bacteria biofilms and they are a serious problem; out of reach of the immune system and impenetrable to antibiotics, they thrive on medical devices.

An estimated 100 million catheters are fitted every year globally, a quarter of these in the US. They are by far the most commonly used medical devices that stay inside the body.

Up to half of people who use catheters long-term will at some point experience a blockage caused by a bacterial biofilm. This is bad news. When a catheter blocks, urine can no longer drain into the collection bag and so pushes back up from the bladder into the kidneys. There the bacterial infection builds where it can cause kidney failure, septicemia and death.

Our lab at the University of Bath has developed an early warning tube-coating system to detect biofilm build-up before a blockage can occur. It delivers an obvious visual clue – the urine in the collection bag changes color – so that it’s easy for anyone using a catheter to see there’s a problem looming. 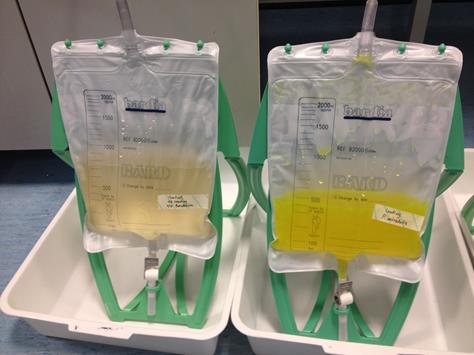 Many people who use catheters long-term do so at home, or in a care-home setting, where they don’t have access to clinical expertise. One of the advantages of our system is this visual clue, which can be spotted by anyone, regardless of their training.

The coating has two layers: the first layer is made up of a material that responds to changes in pH. This caps the second layer, a bright yellow dye.

When bacteria multiply they raise the pH of urine from a healthy 6 to a more alkaline 8. The change in pH draws calcium and magnesium deposits from the urine that solidify into biofilms and block the flow of urine through the catheter tubing.

Our system exploits this pH change: the increasingly alkaline urine dissolves the top layer and releases the dye before the film builds up enough to create a blockage. The dye floods into the bladder, mixes with the urine and drains out into the collection bag where the color change signals infection.

The coatings work up to 12 hours in advance of a blockage. In our experiments we used a glass bladder and artificial urine infected with P. mirabilis from patient samples. We allowed the urine to flow until a blockage formed, marking the end point of the experiment. We monitored changes in the color of fluid in the collection bag over time.

We found that four hours after the bacteria were introduced, the urine began to change color. A blockage typically formed 16 hours later. The color change was strongest after six hours.

Because infection rates are so high in people who use catheters, people are often given antibiotics to try to prevent infection. There are even catheters available that are impregnated with antibiotics. However, this is controversial given the increasing problem of antibiotic resistance: using antibiotics to prevent, rather than treat, infection can reduce their efficacy and contribute to resistance.

By using our dye-based system, antibiotics are only needed when it’s clear an infection is present rather than speculatively in the hope that it will prevent future infection. Because no specialist equipment or training is needed to monitor whether there is a potential infection, people can see clearly if it’s necessary for them to take antibiotics. This will save money by reducing the number of serious infections and by preventing the unnecessary use of antibiotics. Our system could therefore help tackle antibiotic resistance.

We hope that we can develop the system to the point where it is ready for people with catheters to use, to everyone’s benefit.

Elsevier has made this article freely available until April 18, 2017:

Biosensors and Bioelectronics is the principal international journal devoted to research, design, development and application of biosensors and bioelectronics. It is an interdisciplinary journal serving professionals with an interest in the exploitation of biological materials and designs in novel diagnostic and electronic devices including sensors, DNA chips, electronic noses, lab-on-a-chip and μ-TAS. Read more. 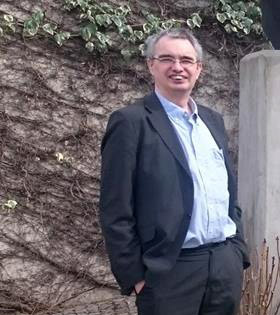 Dr. Toby Jenkins is Reader in Biophysical Chemistry at the University of Bath. He obtained his PhD in chemistry from the University of Newcastle upon Tyne in 1996, prior to carrying out postdoctoral research at the University of Leeds and the Max Planck Institute for Polymer Research in Mainz, Germany. He moved to Bath in 2000 and has subsequently built up a research group with a focus on medical device infection prevention and sensing via the development of new materials. The urinary catheter research program is part of the group’s general interest in wound infection and treatment, with their infection-detecting wound dressing recently prototyped and under development.