Behind the scenes of developing Pfizer’s Covid vaccine

BioNTech co-founder and CEO Prof Uğur Şahin, MD, recently took a global audience on a journey of discovery about the mRNA Covid vaccine his company developed in partnership with Pfizer.

After Prof Şahin’s in-depth story of innovation, challenges overcome, and a success beyond expectations, host Dr Richard Horton, Editor-in-Chief of The Lancet, remarked: “I wish we were doing this in a room face-to-face because I think you would have a standing ovation.”

The lecture was followed by a panel discussion, with experts answering questions from some of the 3,500 participants across 102 countries around the world.

Organized by Elsevier, the webinar tracked the way a potential vaccine treatment for cancer — which delivers messenger RNA (mRNA) to a type of antigen-presenting cell (APC) that forms an important role in the adaptive immune system — was repurposed and developed into one of the leading COVID-19 vaccines.

The mRNA technology had been in development for two decades. At the start of 2020, Professor Şahin and his team were expecting to continue their work investigating its application as a cancer vaccine, with clinical trials underway focused on melanoma and rectal cancer. Then in January, events in China caught Prof Şahin's attention:

I heard about an outbreak in Wuhan, but I wasn’t concerned because these types of outbreaks happen every year, and it seemed that measures controlled it relatively quickly: exit screenings, for people who wanted to travel, no travel for people with a fever. I was interested but not concerned.

That all changed on the evening of Friday, Jan 24, when he read an article in The Lancet. It was one of the first publications that revealed human-to-human transmission and that PCR (polymerase chain reaction) testing worked. What set off alarm bells was that one of the infected patients tested positive but was asymptomatic. He explained:

It was clear then that this could become a global pandemic because of this aspect of the virus spread. Just to remind you, one of the measures to restrict infection was keeping patients with fever in Wuhan, but this was not relevant for asymptomatic travelers.

With Wuhan being a major city well connected to the rest of China and served by an international airport, Prefessor Sahin and his team understood there was a high likelihood that the outbreak had already spread globally. That weekend they set to work on developing a vaccine. He recalled:

What we knew was that we had the technology in our hands that allowed extremely fast tailoring of an mRNA vaccine because it was optimized for the development of a cancer vaccine in the shortest possible time.

Prof Şahin and his team gathered information on the specific coronavirus family, noting that its now infamous spike protein could be a suitable target for a vaccine. With no clinical sites available, it became clear they would have to design the vaccine themselves, all at a time when uncertainty about COVID-19 vaccines was growing:

To deal with this uncertainty, we came up with 20 candidates. We used our cancer vaccine platform to set up a parallel testing approach. That was Project Lightspeed. We asked our team to set up a 24/7 program, with shifts in the evening and the weekends. And after a few weeks, we’d reduced the number of candidates to four, with strong activity for clinical testing.

Following the successful preclinical studies, they started a clinical trial in Germany. It was at this point that BioNTech entered into a partnership with Pfizer, recognizing that on their own the company was not equipped to deliver the large preclinical phase as well as manufacturing and distributing the vaccine at the scale required.

The importance of collaboration was a recurring theme throughout Professor Şahin’s presentation and the ensuing panel discussion. Panelists included Prof Özlem Türeci, MD, co-founder of BioNTech and its Chief Medical Officer. Reflecting on the journey Prof Şahin had summarized, she commented:

It was an important learning exercise because it showed two things. It showed that in a dire moment for humankind, science and technology can make a difference. The second was this cooperation — the common sense of urgency with a common goal, cooperating across nations, across borders and with private corporations. These are the groundings of cooperation, and I hope they will help us in the future.

The development of the vaccine built on 20 years of work on mRNA vaccines. Now, the work done to combat COVID-19 will in turn inform the redeployment of this technology in the fight against cancer. BioNTech has an ongoing clinical trial for cancer treatment in Germany and the Netherlands.

Responding to a question from Dr Horton on whether there were “dark days” where it looked like success would prove elusive, Prof Türeci said the failures, dead ends and breakthrough were all part of the warp and weft of being a researcher:

I think every scientist on this call knows exactly what those 20 years would have looked like. It was not a smooth process. But every scientist also knows that this is the mode of action of scientists. It’s not about crying over failures and being paralyzed by desperation. The way we work is that we know that innovation means unknown territory and that we have to keep going and produce those records in unknown territory and act on them.

“This team was part of the solution for this pandemic.” 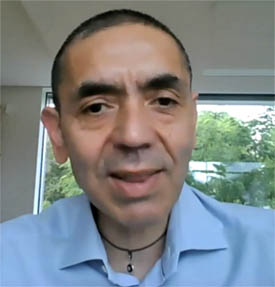 Before the webinar, Esra Erkal, Senior VP of Global Communications at Elsevier, caught up with with Prof Uğur Şahin and Prof Özlem Türeci, who shared their thoughts on the work done by the Elsevier’s publishers, the editors of our journals, and the researchers who trust Elsevier to publish their work. Prof Şahin commented:

I would like to thank Elsevier for the fantastic work that your team is doing. One of the key reasons why we have started and pivoted our cancer research to infectious disease vaccine was a paper that I had read in The Lancet. The paper was fantastic, timely, and provided a clear guidance that this infection had all features to become a global pandemic.

And also in the weeks thereafter, you had created this wonderful COVID website. I was (there) two or three times a day in the morning and in the late afternoon and before sleeping to see what kind of news was there. This was really great work. I was amazed ... how fast these papers were edited. And particularly also the graphics, visualizing for example, how infections are distributed and so on.

So, congratulations to your team. This team was part of the solution for this pandemic. 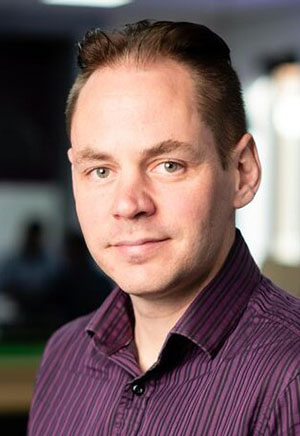 Infographic: How to answer 5 difficult questions about Covid vaccines