“This is work we really need to pursue,” Dr. Fauci says, touting findings that T cells from common coronaviruses may offer protection against COVID-19

By Alison Bert, DMA - August 19, 2020
National Institute of Allergy and Infectious Diseases Director Dr. Anthony Fauci holds up a copy of a Cell paper as he testifies before a US House of Representatives committee on the coronavirus response. (Watch the video aired by CNBC below.)

While much of the world was watching Dr. Anthony Fauci testify before Congress, Prof. Shane Crotty was in a Zoom meeting with his research colleagues at the La Jolla Institute for Immunology in California. Then an email caught his attention: rumor had it that Dr. Fauci held up a paper they co-authored in Cell.

The rumors turned out to be true.

Rep. Mark Green of Tennessee, a physician on the Coronavirus Select Committee, had asked Dr. Fauci to “educate America … and all of us” on T cell immunity and its ramifications for a pandemic response. Dr. Fauci explained:

There are two limbs of the immune response. One is an antibody, which is a protein that is made by the cells of the body to bind to the virus and is usually the hallmark of protection against infection. (The other is) the cellular immune response of T cells, and those T cells have the capability of essentially suppressing or killing cells that are infected and preventing the cells that are infected form making new viruses.

Then Dr. Fauci held up a copy of an article in the journal Cell to illustrate a finding that could change our understanding of COVID-19 immunity: people who have not been exposed to SARS-Cov-2 but were exposed to other coronaviruses – like those that cause the common cold – have T cells with cross-reactivity to SARS-Cov-2.

This is work we really need to pursue; we’re just at the cusp of understanding the importance of this type of response in Covid-19.

This finding, published online on May 20, could explain why some people are much more affected by COVID-19 than others – and how vaccines could function to be more effective.

“A lot of scientists have really stepped up …” 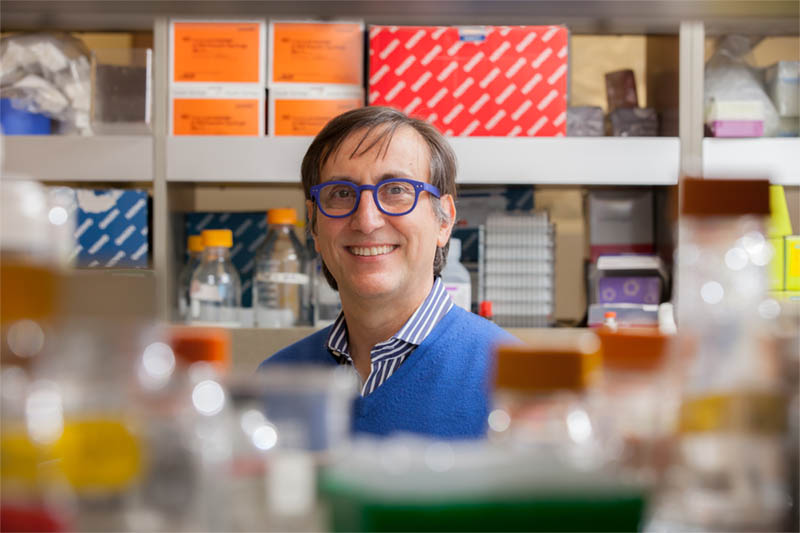 Shane is a Professor and Principal Investigator at the La Jolla Institute, where he and his team investigate how the immune system remembers infections and vaccines. Prof. Alessandro “Alex” Sette heads a lab one floor above that identifies the chemical structures the immune system recognizes, using that knowledge to measure and understand immune responses. 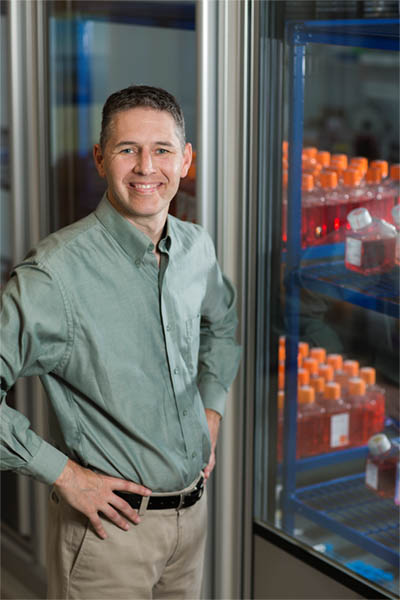 Before the pandemic, the researchers would often collaborate, talking about their work over lunch. The pandemic only heightened the need to work together. As Shane said:

We realized there was a huge amount of fear and uncertainty and that some of that came from just not understanding immune responses to the virus – and also that developing a vaccine was going to be hugely important. Normally for vaccine development, you really want to understand what the immune response normally looks like to the infection.

So that was the first question they set out to answer. They would measure the immune responses of average COVID-19 patients as a reference point for all the labs and companies that were trying to develop vaccines.

For Shane, the ideal collaborator was right upstairs:

Alex Sette is probably the number one expert in the world at predicting and identifying T cell epitopes to viruses. That's something that he's been doing for decades.

In fact, Alex had just co-authored a paper on that topic in Cell Host & Microbe.

Meanwhile, the researchers on Shane’s team are experts in other aspects of viral immunology and measuring immune responses.

Also, both labs have extensive experience in human subject studies on vaccines and infections.

You need the patient samples, and getting patient samples is always a big deal and a big challenge. So we reached out to our colleagues across the street at the University of California, San Diego and said, ‘Look, we really think we can do some important things … if you can point us to patients that might be willing to volunteer for this study.

They also knew they wanted to measure the T cell and antibody responses at the same time, so they thought of Prof. Florian Krammer’s lab at the Icahn School of Medicine at Mount Sinai. His was the first group to develop an academic antibody assay for COVID-19. They had not published the research in a peer-reviewed journal yet, so to get it out as quickly as possible, Florian tweeted the preprint with his explanation on a Twitter thread. The ensuing conversation has had more than 2.8K retweets.

Shane, who was working with Florian on other research, said he emailed him to ask if he would share his protocol and proteins:

Normally, that would be a very long and involved process, but instead, he sent it the next day. It’s been a world-on-fire type of situation, so a lot of scientists have really stepped up to move as fast as possible and to be as generous as possible.

With the key players on board and human subjects lined up, Shane and Alex still needed blood from a control group – people who never had the disease. For this, they used blood samples collected in previous years, before SARS-CovV-2 emerged.

What they saw shocked them: people who had never had the virus still had some T cell reactivity against it.

That was a major finding with implications for vaccine development and the possibility of herd immunity. Since then, they’ve been interviewed by media outlets around the world, including this recent article by CNN.

Resting on their laurels? Well, not just yet …

After seeing Dr. Fauci wave their paper before America’s lawmakers in the Congressional hearing, both researchers tweeted the news:

A Congressman asked Tony Fauci a question about T cells, and Fauci reached down and picked up our paper and waved it! COVID testimony today. I should make business cards with that screenshot. 😂doi:10.1016/j.cell.2020.05.015 @CellCellPress @SetteLab pic.twitter.com/kYbIhfbGoX

Dr. Fauci just held up our paper during the congressional hearing today. "This is work we really need to pursue..."
Amazing motivation for us to keep going strong with @profshanecrotty @ljiresearch @CellCellPresspic.twitter.com/4zU0yKt7ka

Of course, with the frantic work pace of the past months, it was tempting for Shane to rest on his laurels.

“She replied, ‘Actually, Tony Fauci specifically said you are not done – on TV… to Congress.’

Now, Shane, Alex and their teams are following up on key findings.

“One finding was that actually people with average cases of COVID-19 made a pretty good immune response,” Shane said, adding that antibodies as well as CD8+ and CD4+ T cells were found in their blood after they had recovered.

With this data as a benchmark, they then looked at patients who had a more acute response – those who were hospitalized. As Shane explained:

That study is now under review for publication.

But there’s still another important puzzle to solve: after analyzing the data from their serendipitous discovery, Shane and Alex found that about 50 percent of healthy and infected subjects had T cells that could recognize SARS-CoV-2. Since then, they confirmed that these are indeed memory cells that recognized common coronaviruses.

Now for the clincher – “the big one,” as Shane calls it: question that remains unresolved: “Do the T cells matter?”

If you do already have some immune memory that can recognize the virus, does that help you out? Does it not matter at all? Or does it hurt you in some way? Again, the immune system’s a complicated place.

Of course, the complicated nature of the immune system and the T cell question has not stopped people from speculating on everything from the applications for vaccine development and the possibility of achieving herd immunity:

But we keep pointing out that we have no data, and neither does anybody else, about whether these T cells matter or not. We're going as fast as we can, and we're encouraging other people to study it as well.

Dr. Deborah Sweet, VP of Editorial at Cell Press, contributed to this report

3 factors for a successful university-business collaboration