Reflections on the Life of a Journal Editor

As he prepares to retire from his journal role, Dr Liebowitz looks back on his years as an Editor

Dr Jay Liebowitz is the Orkand Endowed Chair in Management and Technology in the Graduate School at the University of Maryland University College in Adelphi, USA.  He is also the Founding Editor of Expert Systems With Applications: An International Journal, published by Elsevier. As he prepares to retire from his journal role, Dr Liebowitz reflects on his years as an Editor.

After 24 years and 40 volumes, I am retiring in my role as the Founding Editor of a leading international journal. I remember the days when manuscripts were submitted, in triplicate, via post or courier, then fax, and now online in a single submission. I’m not sure if I’ll really miss the 12-15 manuscripts submitted worldwide on a daily basis or investigating some possible claims of plagiarism. I’ll probably not long for the ongoing struggle of lining up appropriate reviewers for the manuscripts that make the Editor’s preliminary cut. And, I probably won’t miss the numerous daily emails from authors asking about the status of their submission. 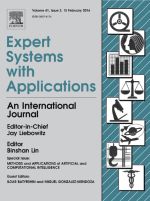 I have been doing “journal patrol” on almost a daily basis for most of my professional life. It is a part of me. It will seem a bit weird not waking up to the early morning emails from my European and Asian authors. And, I’m sure it will feel strange to think how I will fill this vacuum of not doing “journal patrol”, almost similar to when I completed my dissertation.

What I certainly will regret is not receiving those kind emails from authors and readers saying how the journal has affected their lives — from shaping their research directions to being promoted and receiving tenure. I also will miss hearing from the doctoral students and young scholars who are excited about submitting their first paper to a journal. And, it won’t be the same without the interaction and synergies between the publisher, author, reviewer, associate editors, and Editorial Advisory Board members.

But, I feel I will survive especially knowing that the journal is in “good hands” with our handpicked new Editor-in-Chief (EIC). I’m sure not doing “journal patrol” will be a letdown at first, but I’ll rejoice in knowing that it will allow me time to pursue other ventures.

As my new assignments and reviewed submissions near zero, as new manuscripts are routed to the incoming EIC, there is a sense of ecstasy knowing that I have conquered the seemingly endless flow of manuscripts. It’s my catharsis to write this column, and I hope that the future generation of scholars will embrace this journal and love it as much as I have.