Women can go through a grief-like process on the path to motherhood, say researchers

Mood swings go hand in hand with pregnancy for millions of women around the world. But when it comes to talking about emotions, it’s mostly the high points of the rollercoaster that women tend to share, and so far research hasn’t delved very deep into the emotional downs.

A motherhood researcher in Australia is working to change that. 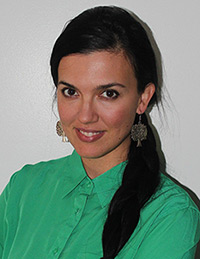 “I’ve been researching motherhood and the traditions of motherhood since becoming a mother myself,” said Aleksandra Staneva, a PhD student in psychology at The University of Queensland in Australia. “I work with pregnant women who are experiencing depression and anxiety. What really happens in the heads of these women? What do they really feel like? What’s their lived experience like? We don’t know much about these things, but they are very important for the mother and the baby.”

Staneva wanted to find out more about distress and anxiety during pregnancy, so she started by working with colleagues at the University of Queensland and the University of Manchester in the UK on a meta-analysis of published research. In their study published in Midwifery, the researchers focused on the qualitative research, aiming to gain a deeper insight into women’s emotional responses. However, the search came up disappointingly empty.

“When we started looking more deeply into the studies that have been done on this topic, we found a shockingly small number,” recalled Staneva, the lead author. “It was no surprise really – qualitative studies are usually more scarce than quantitative studies; science loves numbers, and unfortunately, in a white-male-dominated society, experiences and feelings are not taken as seriously as they should be compared to numbers.”

The team searched many databases to identify studies to analyze. To be eligible, the studies had to be qualitative, focus on pregnancy and talk about levels of distress, such as stress, anxiety and depression. The researchers identified eight eligible studies from a starting pool of 3,000 and compared them to draw out the core themes.

The results confirmed that women who experience distress during pregnancy go through a grief-like process on the path to motherhood – a process previously identified by prominent feminist scholar Dr. Paula Nicolson, Emeritus Professor of Social Work at Royal Holloway University of London, when she explored the experience of postnatal depression. The studies also indicated that the notion of the “perfect mother” can exacerbate distress and cause feelings of inadequacy in expectant mothers.

The grief-like process of pregnancy

The studies Staneva and her colleagues analyzed revealed an overarching process of grief or loss that the women went through during pregnancy. In the transition, many women experience senses of loss in terms of time, appearance, body image, roles around sexuality, career and themselves as women.

The team identified five core themes of the experience of pregnancy distress. According to the meta-analysis, women first recognize that things are not right, then deal with the stigma attached to that feeling. They then negotiate the transformation they go through into motherhood and spiral down before and regaining control.

Through this grief-like process, women isolate themselves and let go of all expectations, all roles and identities, and end up being ok with that. The key, Staneva said, is being able to grieve in a supportive environment in which it’s ok for the woman to say, “I’m going to miss being carefree and single.”

The grief-like process results in part from women’s inability to place the experiences they’re having in the typical picture of the “perfect mother.” There are huge taboos around anything that strays from the picture of the glowing-pregnant-rubbing-their-belly-mother-to-be. Women whose experiences don’t match this picture due to feelings of distress are more likely to go through this transition during pregnancy. According to the researchers, this process is exacerbated by women’s interpretation of their experience as deviant and often as inadequate.

“We all go about our lives in very different ways, but this image of the perfect mother, which is a socially constructed device that women use to measure themselves against, can make women feel like they’re never good enough,” Staneva said. “That’s a good reason to feel stressed and we can see from the studies we analyzed that it often has an impact on the transition women go through to motherhood.”

Keeping quiet about taboo feelings had a further negative effect on women; the evidence showed that women were spiraling down emotionally as a result of their silent distress. One major factor was not being able to find a supportive network to share their experiences. Criticism from midwives and carers – and not enough understanding from partners, other family members or other mothers – all had an impact, Staneva said:

Only women who found this so-called safety net where they could talk freely about their experience of distress could regain self-care, control and feel better. Women were feeling ashamed and guilty for having felt unhappy. There are not enough conversations around that; expectations around motherhood are always sugarcoated and there is hardly any talk of experiencing ambivalence. It’s actually a great achievement for infant and mother to allow whole range of different emotions.

Healthcare professionals have an important role to play in providing women with an emotional safety net during pregnancy, and opening up a dialogue about stress, depression and anxiety. In revealing the process of transformation women can go through during pregnancy, Staneva said she hopes to shine a light on a hidden topic.

Midwives, obstetricians, general practitioners, psychologists and counselors all have a part to play in encouraging women to talk about feelings of distress. Healthcare professionals should help women understand that certain levels of anxiety and distress are normal during pregnancy, and they should also be aware that women may be reluctant to talk due to stigma. A more genuine, supportive approach would open up a whole new dialogue for women in which they feel supported and safe, Staneva said:

Sensible psychological assessment should be a normal part of antenatal care. But women are quite terrified to share and seek information in formal pathways such as through their GPs and carers. Instead, they go online and share how they feel in online forums; many of the women I talk to are thankful for Facebook, where they can be part of support groups anonymously.

Staneva also hopes the topic will filter into women’s dialogue around distress during pregnancy. Despite many mothers experiencing these feelings, there is a huge taboo to share the idea that pregnancy isn’t always magical. As a result, mothers can be reluctant to highlight their own experiences and only share information that fits the norm.

[pullquote align="right"] There is a huge taboo to share the idea that pregnancy isn’t always magical.[/pullquote]

“It’s so important to start this conversation and this dialogue. Parenting is really hard and pregnancy is really challenging – it’s such a huge transition,” she explained. “Stress is part of modern life; at the same time, stigma increases around the smallest sign of not feeling right. I’m glad the conversation is happening; I hope it gets to the women themselves rather than being read in academic journals.”

Elsevier has made the following article freely available until 6 January 2016.

Aleksandra A. Staneva et al: “The experience of psychological distress, depression, and anxiety during pregnancy: A meta-synthesis of qualitative research,” Midwifery (June 2015)

Aleksandra Staneva is a PhD student in Psychology at The University of Queensland in Australia. She is interested in women’s studies, perinatal psychology, mothering and feminism. Her research interests have taken her from the USA to the UK and, most recently, to Brisbane, where she was awarded an IPRS and UQ Centennial scholarship to explore the mechanisms of pregnancy depression, anxiety, and perceived stress, birth and early adjustment to motherhood. Aleksandra aspires to identify and provide alternative ways for women to share their experiences of mothering in healthy and meaningful ways. She has a 7-year-old son.

Midwifery publishes the latest peer reviewed international research to inform the safety, quality, outcomes and experiences of pregnancy, birth and maternity care for childbearing women, their babies and families. The journal’s publications enable midwives and maternity care providers to explore and develop their knowledge, skills and attitudes, based on the best available evidence. Midwifery publishes articles on advances in evidence, controversies and current research, and promotes continuing education through publication of systematic and other scholarly reviews and updates. Read more.

After a few accidents, Lucy Goodchild van Hilten discovered that she’s a much better writer than a scientist. Following an MSc in the History of   Science, Medicine and Technology at Imperial  College London, she became Assistant Editor of Microbiology  Today. A stint in the press office at Imperial saw her stories on the front pages, and she moved to Amsterdam to work at Elsevier as Senior Marketing Communications Manager for Life Sciences. She’s now a freelance writer at Tell  Lucy. Tweet her @LucyGoodchild.