‘Why I rode 200 miles for breast-cancer research’

Mary Craige writes about how she and her fellow survivors have benefited from advancements since her mother was diagnosed 25 years ago. 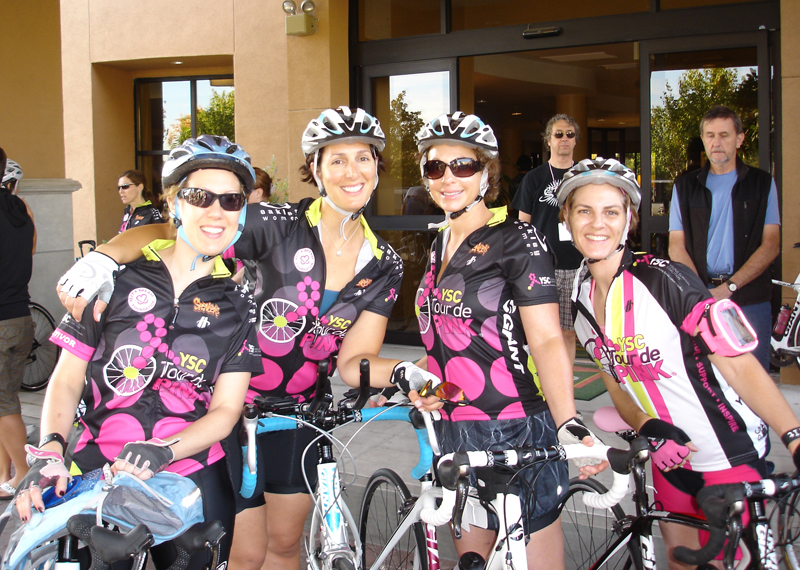 Mary Craige (left) and her team the Pink Outliers prepare to ride the 200-mile Tour de Pink up the California coast to raise money for breast cancer research via the Young Survival Coalition. Craig said they came up with the name "Outliers" because they were all under 40 when diagnosed and did not fit the mold for the "typical" breast cancer patient. 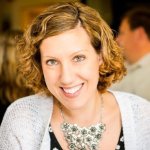 Mary K. Craige is a content marketing manager for LexisNexis Risk Solutions. In this role she manages strategic content marketing execution across all levels of planning, production, distribution, socializing, and performance measurement for the Health Care and Law Enforcement business units.

October is Breast Cancer Awareness Month, a time when many affected by the disease walk, run and bike to raise money for various breast cancer research and advocacy organizations.My interest in the disease is not rooted in any professional affiliation or medical training. My interest is basic: I am a breast cancer survivor. My mother is a breast cancer survivor. Twenty three years passed between our diagnoses, and in the field of breast cancer research and treatment, that is a lifetime. Women are living longer today and are diagnosed earlier due to groundbreaking research, cutting-edge therapies and a better understanding of the genetics behind the disease.

Although we still have a long way to go to eradicate the disease, current research and clinical trials look promising for better and more targeted therapies. The money raised over the years have put the spotlight on the disease and will continue to help women who are high-risk, undergoing treatment or who are dealing with long-term survivorship issues.

A woman's lifetime risk for developing breast cancer is 1 in eight, according to the National Cancer Institute. Women with a family history of breast cancer tend to be at higher risk, but other factors such as early onset menses, a first pregnancy later in life, no pregnancy, or a lack of breast feeding all can elevate a woman's risk. Smoking and obesity can also contribute to an increased risk. Billions have been raised over the last 25 years to develop advanced diagnostic tools, targeted therapies and better drugs to find and fight the disease. But we still have a long way to go.

In the quarter century between my mother's battle and my own, the field of breast cancer research exploded with new drug regiments, innovative surgical options and diagnostic tools.

In 1987, my mother underwent a Transverse Rectus Abdominus Muscle (TRAM) breast reconstruction procedure, which used tissue from her abdomen to reconstruct her left breast. The procedure permanently affected her abdominal strength; she cannot do a sit-up and has permanent numbness in the area. Since then, several new reconstructive options have been developed, most notably the Free Flap options like the Deep Inferior Epigastric Perforating (DIEP) procedure, which does not involve using the muscle for the flap.

Meanwhile, sentinel node biopsies — which often cause less long-term damage to the lymphatic system than the axillary node dissection and can be used to determine whether the latter is necessary — are becoming more widely used.

Breast cancer is a complex disease, and no two tumors or diagnoses are the same. New tests like OncoType DX and MammaPrint have helped oncologists determine what types of therapies a woman will benefit from the most. Shortly after I was diagnosed, my oncologist ordered an OncoType DX test on my tumor. Because my cancer was estrogen-receptor positive and I did not have lymph node involvement, my oncologist wanted to determine if chemotherapy should be part of my treatment plan. The test can also help doctors determine the likelihood of the cancer's recurrence in the future. This type of testing was not available in 1987, and I am lucky to have been able to benefit from it. The test showed that I had a high probability of recurrence without chemotherapy. The OncoType DX results made my decision to undergo six rounds of chemotherapy an easier one.

Since my mother's diagnosis, several discoveries have led to the development and approval of new chemotherapy drugs and endocrine therapies. The discovery of the HER2 protein and its relationship to breast cancer, as well as the FDA approval of the chemotherapy drug Herceptin in 1998 to combat HER2+ breast cancers, helped increase survival rates of women whose tumors overexpressed this protein. Since then, Tykerb was approved for advanced and metastatic HER2+ breast cancer and is helping to extend the lives of women living with Stage IV breast cancer.

In addition, the use of Tamoxifen in premenopausal women and, more recently, Aromatase inhibitors in postmenopausal women has grown, giving women with estrogen- and/or progesterone-positive breast cancers better survival rates.

Without the large-scale fundraising and advocacy efforts of many breast cancer nonprofit organizations, some of these discoveries may not have been possible.

'How I can make a difference'

As Breast Cancer Awareness month draws to a close, I reflect on how I can continue to make a difference in fighting this insidious disease. While treatment options have improved greatly, we still have a long way to go. Because of this, I participated in a clinical trial that is testing the drug Bevacizumab (Avastin) in an adjuvant setting with chemotherapy. I also rode in two Tour de Pink 200-mile bike rides to raise money for the Young Survival Coalition. In two years, my team raised over $22,000 for this organization. I am also a trained Peer Support Counselor for women who are newly diagnosed with the disease. I am vocal about the disease and how we still don't know enough to eradicate it.

I am thankful for the growth of nonprofit breast cancer organizations and that many large corporations donate proceeds each October to help find a cure. My hope is that in 23 years, we will no longer need to have Breast Cancer Awareness Month.

As a high-risk woman, whose mother and maternal grandmother are both survivors, I thank you for writing this article. I thought I had done enough research about the disease and all of its' affects, components, etc., but you have taught me even more by writing this post. Continue to remain vocal, stay involved in the organizations that you are a part of, and keep sharing your knowledge. Thank you for teaching me something, and for being an inspiration to me!

Thank you for your kind words, Allison. Knowledge is power and I believe that educating other women is one of the best ways to pay it forward.