What you REALLY want to know about Mendeley and Elsevier 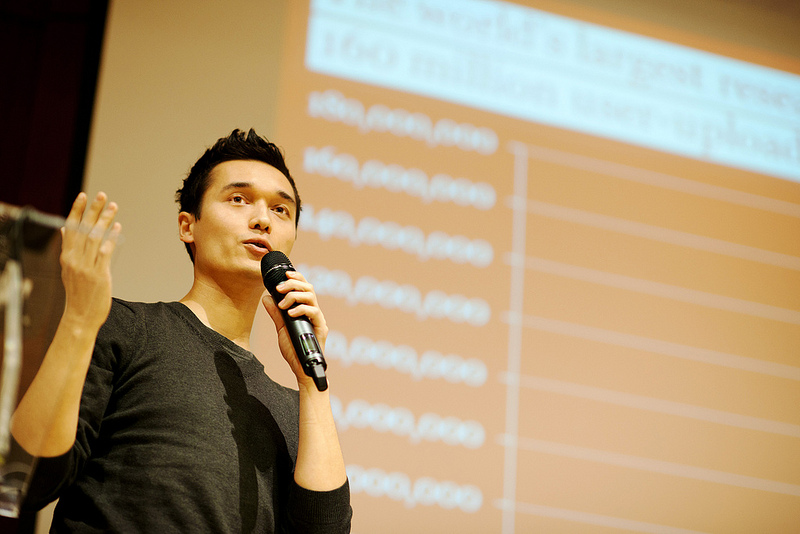 The news of Mendeley joining Elsevier made some waves last week.

On Twitter, with typical understatement, it was compared to the Rebel Alliance joining the Galactic Empire, to peasants posing as a human shield for Kim Jong-Un, and to Austin Powers teaming up with Dr Evil.

It’s true that, when I was 13, I played through X-Wing on my Amstrad 486 PC, then had fun playing an Empire pilot in the TIE Fighter sequel — and I’m also half Korean. So while my colleagues are busy mounting the frickin' laser beams onto the heads of the sharks we brought in to replace our foosball table, I thought I would address some of the other concerns and questions that were raised:

What is the “real” reason for Elsevier acquiring Mendeley?

The question that emerged most frequently, sometimes in the tone of conspiratorial whispers, was about the "real" reason Elsevier acquired Mendeley. Surely there must be a man behind the curtain with a devious masterplan? Not quite. In my mind, it’s straightforward: Elsevier is in the business of providing scientific information to the academic community. In order to serve academics better, it acquired one of the best tools for managing and sharing scientific information. Elsevier can now provide its customers with solutions along the entire academic workflow: Content discovery & access, knowledge management & collaboration, and publication & dissemination. Mendeley provides the missing link in the middle, and brings Elsevier closer to its customers. This makes intuitive sense to me, and I hope you can see the rationale, too.

But what will Elsevier do with Mendeley’s data?

Some people voiced concerns that Elsevier wanted Mendeley’s data to clamp down on sharing or collaboration, sell the data on in a way that infringes our users’ privacy, or use it against them somehow. We will not do any of those things. Since the announcement, we have already upgraded our Mendeley Advisors to free Team Accounts, and are currently reviewing how we can make collaboration and sharing easier for everyone on Mendeley. Also, I want to be clear that we would never pass on our users’ personal data to third parties, or enable third parties to use our users’ data against them.

Of course, Mendeley’s data does have commercial value. Even before the Elsevier acquisition, Mendeley was “selling user data” — but in an aggregate, anonymized fashion - to university libraries: The Mendeley Institutional Edition (MIE) dashboard contains non-personal information about which journals are being read the most by an institution’s faculty and students. Librarians use this information to make better journal subscription decisions on behalf of their researchers, and more than 20 leading research institutions in North America, Europe, and Asia have signed up since its launch last summer.

Mendeley’s Open API also offers aggregate, anonymized usage data, though on a global rather than institutional basis. Mendeley gives this data away for free under a Creative Commons CC-BY license. It’s being used by tools like ImpactStory.org or Altmetrics.com, which are building business models around altmetrics data. Again, you could argue that Mendeley’s usage data is being “sold,” and even sold by third parties. However, as you can see, the general principle is that the data is used only for positive purposes, like analyzing research trends and scholarly impact, without violating the privacy of Mendeley users. That’s how we will keep it in the future, and this applies to any usage of the data by Elsevier or via our Open API.

So how will Elsevier make money off Mendeley?

The existing Mendeley offering will continue to be free, so that we can continue to grow our user base as we have in the past, and we will also integrate Mendeley into Elsevier’s existing offerings like ScienceDirect or Scopus to increase their value. This actually means that we’re now under less short term pressure to monetize Mendeley’s individual users. When we were an independent start-up, we had to think about charging for every new or additional feature, in order to get to break even. Now, we can think more about the long term again.

For example, this enabled us to double our users’ storage space for free immediately after the Elsevier announcement. We had previously also planned to make the sync of highlights & annotations in our forthcoming new iOS app a premium feature — today, we decided instead that it will be free for all users, and thus also free for all third-party app developers to implement. And as mentioned above, we are currently reviewing our collaboration features to see if we can expand them for free, too.

Lastly, what does your new role in the strategy team at Elsevier mean in practice?

Along with the Elsevier news last week, it was announced that I would - in addition to my role at Mendeley - be joining the Elsevier strategy team as a VP of Strategy. A number of our users and Mendeley Advisors have asked what this will mean in practice, and how my input would be taken onboard.

I’ve been in Amsterdam this week to meet some of my new colleagues and exchange ideas — it’s been genuinely enjoyable and inspiring, so we’re off to a very promising start. I’ve been asked to support them in sharing not just Mendeley’s features, but also Mendeley’s experiences and user-centric values with the Elsevier organization, and to keep pushing the ideas that have made Mendeley successful. Conversely, I will also work on how to best bring Elsevier’s tools, data, and content onto the Mendeley development roadmap and into our users’ daily workflow.

We’re not short of amazing ideas, and you have shared some really exciting suggestions with us as well - the challenge will be to pick the best ones and actually get them done. As always, we will be listening closely to your feedback on how to improve our products and set our development roadmap. Watch this space! [note color="#f1f9fc" position="center" width=800 margin=10]

Max Planck famously said: "Science progresses funeral by funeral." Victor thinks there must be gentler methods. Victor Henning is Co-founder of Mendeley and VP of Strategy for Elsevier Science & Technology. He holds a PhD from the Bauhaus-University of Weimar, where he researched the role of emotion in consumer decision making. His research was published in Psychology & Marketing, the Journal of Marketing, and in Media, Culture & Society.

In his first year as a PhD student, he also won the Overall Best Conference Paper Award at the largest academic conference in the field of marketing, the AMA's 2005 Summer Conference in San Francisco - and was told by the conference chair that his academic career could only go downhill from there. Nonetheless, the Foundation of the German Economy kindly decided to grant him a doctoral dissertation scholarship in 2006, and the Royal Society of Arts elected him a Fellow in 2011.

At the Bauhaus-University, Victor was also frequently cast in student short films, despite a visible lack of acting talent. He compensated by organizing the "Guru*Talk" lecture series with German film industry luminaries, which was later turned into a book on the future of the film industry, and consulted for film production companies.

Prior to having had all this fun, he completed an MBA at the WHU Koblenz, the Université Libre de Bruxelles, and the Handelshøyskolen BI Oslo. Victor has also worked as a Talent Scout A&R for Sony Music/Columbia Records in Berlin, and in various roles at punk/garage label Revelation Records in Huntington Beach, California. Realizing that one couldn't make a living with the music he loved, he moved on to Munich-based film producer/distributor Helkon Media, which promptly went bankrupt (not Victor's fault).

Later, in parallel to writing his MBA thesis, he also co-founded the Korova Bar in Vallendar which, if nothing else, taught him how to use dangerous power tools.[/note]

probably the most amusing advert I've read! Thanks! P

ya its really worth to know about breakthrough

No doubt Victor is as engaging in person as he is with this article. A worthwhile read, thanks!