New study suggests that technological innovation in weapons did not lead humans to colonize Europe, where Neanderthals lived

It’s tempting to believe that we humans are special – that we behave and think in a unique way. But new research puts such long-held assumptions about our ancestors into question, suggesting that anatomically modern humans might not have behaved all that differently to Neanderthals from the beginning.

Researchers from Nagoya University and The University of Tokyo looked at innovative stone weapons used by humans about 42,000 to 34,000 years ago. Traditionally, anthropologists believed that innovation in weapons enabled humans to spread out of Africa to Europe, where Neanderthals lived. However, the new study suggests that the innovation was not a driving force for humans to migrate into Europe – they were no better equipped than the Neanderthals. 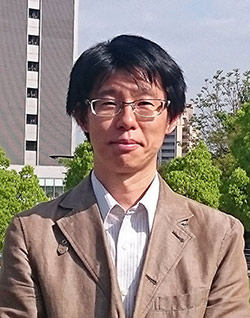 Lead author Dr. Seiji Kadowaki is Assistant Professor in Prehistoric Archaeology at Nagoya University Museum and Graduate School of Environmental Studies in Japan. He joined excavations at several archaeological sites in Syria and Jordan for his graduate research at The University of Tokyo, Japan (BA, MA), The University of Tulsa, USA (MA), and the University of Toronto (PhD). Recently, he conducted fieldwork at some Palaeolithic sites in the middle Euphrates region of northern Syria as part of the project on the “Replacement of Neanderthals by Modern Human” in collaboration with Kochi University of Technology and The University of Tokyo.

The researchers say their findings, published in Elsevier's Journal of Human Evolution, mean that we may need to rethink the reasons humans survived Neanderthals – and that we may not have behaved as differently as we thought.

Humans were anatomically modern, but not technologically advanced

“We’re not so special; I don’t think we survived Neanderthals simply because of technological competence,” said first author Dr. Seiji Kadowaki from Nagoya University in Japan. “Our work is related to the processes behind the global spread of modern humans, and specifically the cultural impact of the modern humans who migrated to Europe.”

Anatomically modern humans expanded the geographic area they inhabited out of Africa from about 55,000 to 40,000 years ago. This event made a huge impact on the biological origin of people living today. There are other theories for the geographical spread of anatomically modern humans, but this is generally accepted as a major event in human history.

Previous models assumed that anatomically modern humans – our direct ancestors – were special in the way they behaved and thought. These models considered technological and cultural innovation as the reason humans survived and Neanderthals did not.

There has always been a big question around the demise of the Neanderthals – why did they disappear when humans survived? We have a similar anatomy, so researchers traditionally thought there must have been differences in the way Neanderthals and humans behaved. The new study suggests that humans moved from west Asia to Europe without a big change in their behavior. 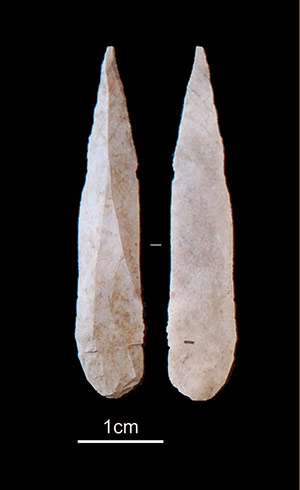 The researchers studied stone tools that were used by people in the Early Ahmarian culture and the Protoaurignacian culture, living in south and west Europe and west Asia around 40,000 years ago. They used small stone points as tips for hunting weapons like throwing spears. Researchers previously considered these to be a significant innovation – one that helped the humans migrate from west Asia to Europe, where Neanderthals were living.

However, the new research reveals a timeline that doesn’t support this theory. If the innovation had led to the migration, evidence would show the stone points moving in the same direction as the humans. But at closer inspection, the researchers showed the possibility that the stone points appeared in Europe 3,000 years earlier than in the Levant, a historical area in west Asia. Innovation in hunting weapons can be necessary, but it’s not always associated with migration – populations can spread without technological innovations.

“We looked at the basic timeline revealed by similar stone points, and it shows that humans were using them in Europe before they appeared in the Levant – the opposite of what we’d expect if the innovation had led to the humans’ migration from Africa to Europe,” said Dr. Kadowaki.

“Our new findings mean that the research community now needs to reconsider the assumption that our ancestors moved to Europe and succeeded where Neanderthals failed because of cultural and technological innovations brought from Africa or west Asia.”

By re-examining the evidence, the researchers showed that the comparable stone weapons appeared in Europe around 42,000 years ago, and in the Levant 39,000 years ago. They believe the timings imply several new scenarios about the migration of modern humans into Europe. For example, they are likely to have migrated to Europe much earlier and developed the tools there.

Putting together a picture of the past, one stone tip at a time

“We’re very excited about our new model. We think the causes of human evolution are more complicated than just being about technology. Now that we’ve re-examined the traditional model about the northern migration route to Europe, we are planning to re-evaluate the model on the southern migration route – from East Africa to South Asia” said Dr. Kadowaki. 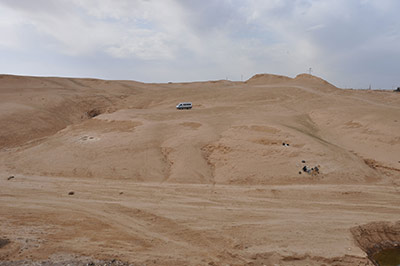 The research contributes to our understanding of the big anthropological questions about the origins of humans, one of which is why we survived while the Neanderthals perished. Dr. Kadowaki’s study was part of the project “Archaeological Research of the Learning Behaviors of the Neanderthals and Early Modern Humans,” which falls under the “Replacement of Neanderthals by Modern Humans” project, led by Kochi University of Technology and funded by the Ministry of Education, Culture, Sports, Science and Technology in Japan.

“We were doing this project in Japan and collecting artifacts in Syria,” said Dr. Kadowaki. “We started with the traditional assumption that anatomically modern humans were behaviorally special early on in Africa or west Asia, but as we made progress, we began to doubt the model. We think there must have been other causes; we can’t specify what they are yet, but at least we have started to question the assumptions.”

The team is keen to move on to further fieldwork to collect more artifacts. However, the location and the timing mean they’re back to the drawing board. “We wish we could continue our fieldwork in Syria, but it’s currently difficult to go back there,” said Dr. Kadowaki. “Right now we’re trying to locate our next field. We’ll be working somewhere in the Near East, but we’re not sure exactly where just yet.”

This article is published open access: Kadowaki, S., Omori, T., Nishiaki: “Variability in Early Ahmarian lithic technology and its implications for the model of a Levantine origin of the Protoaurignacian,” Journal of Human Evolution (April 2015)

The Journal of Human Evolution publishes papers on all aspects of human evolution. The central focus is palaeoanthropological work, covering human and primate fossils, and comparative studies of living species, including both morphological and molecular evidence. These include descriptions of new discoveries, interpretative analyses of new and previously described material, and assessments of the phylogeny and palaeobiology of primate species.

After a few accidents, Lucy Goodchild van Hilten discovered that she’s a much better writer than a scientist. Following an MSc in the History  of Science, Medicine and Technology at Imperial College London, she became Assistant Editor of Microbiology Today. A stint in the press office at Imperial saw her stories on the front pages, and she moved to Amsterdam to work at Elsevier as Senior Marketing  Communications Manager for Life Sciences. She’s now a freelance writer at Tell Lucy. Tweet her @LucyGoodchild.