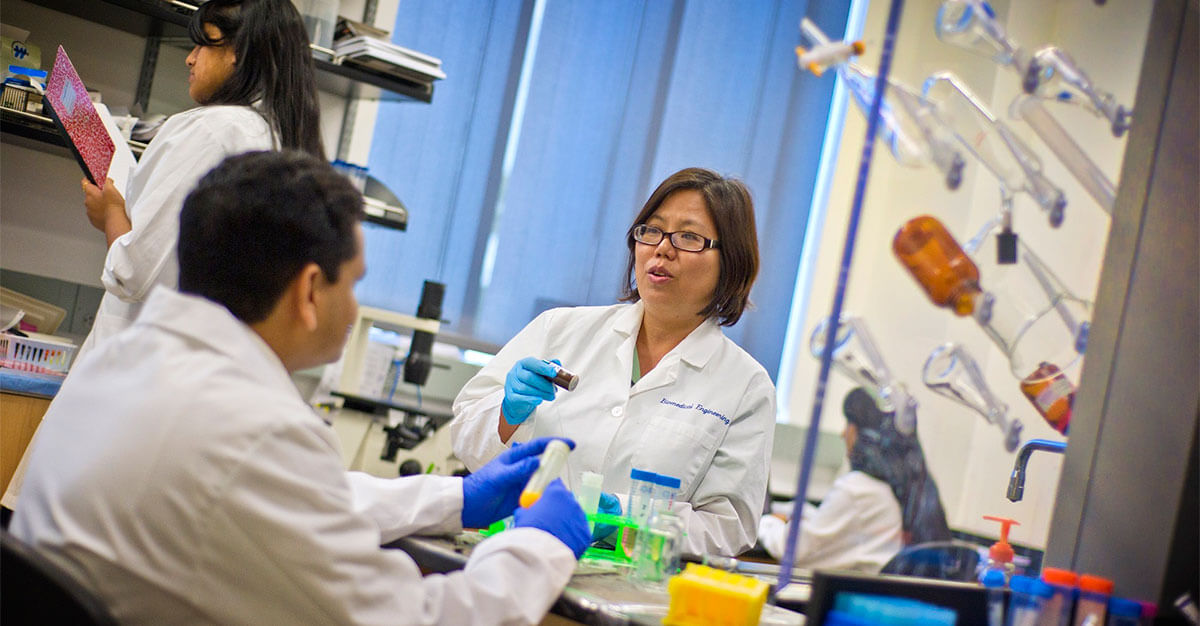 Prof. Kytai Nguyen in her lab in the Department of Bioengineering at the University of Texas at Arlington

Three decades ago, Kytai Nguyen escaped war-torn Vietnam on a boat. She went on to learn English, earn her doctorate, and become a preeminent researcher and professor.

She was nominated by Prof. Larry V. McIntire, chair of The Wallace H. Coulter Department of Biomedical Engineering at Georgia Tech and Emory universities. In his nomination, he wrote:

Her life story has been one of facing incredibly difficult challenges and overcoming them by force of will, hard work, and an amazing can-do spirit. Beginning as a child in Vietnam during the war with her family on the losing (US) side, through perseverance and some luck, Dr. Nguyen managed to escape by boat in 1987 and spent time in refugee camps in Thailand and the Philippines. In these camps she learned English for the first time.

Upon coming to the United States as a refugee, Dr. Nguyen was accepted at the University of Minnesota and began studying chemical engineering in 1990, supporting herself working several jobs. She graduated in 1995 and joined the PhD Program at Rice University that fall. Dr. McIntire continued:

She quickly developed into an outstanding researcher, studying the interface between materials and blood flow with applications in vascular biology, thrombosis, and development of artificial blood vessels. She received her PhD in 2000 in Chemical Engineering/Bioengineering — an amazing journey from being in overseas refugee camps not speaking English to a United States doctoral degree graduation in less than 13 years. Dr. Nguyen continues to be a trailblazer for Asian women in academia.

The award was conceived by the Elsevier Materials Science Council, a group of internationally recognized academic leaders chaired by Dr. Subra Suresh, President of Carnegie Mellon University and former Director of the National Science Foundation.

The Council was set up with three distinct aims:

“Awards like this in science are extremely important,” Dr. Suresh said. “The uniqueness of this challenge is that the winner is recognized for their research and the challenges that they overcame in getting to this point in their academic career.”

Dr. Suresh described Dr. Nguyen as a highly accomplished researcher who is in a position to inspire us:

She has made significant progress in the development of nanoparticles for controlled drug delivery and tissue engineering applications. However, the story of how she got to that position is less well known. We hope that by highlighting the challenges that she overcame with the Embracing Challenge award we can show and inspire others who are in similar positions.

An official event to mark the award will be held in Boston, alongside the Materials Research Society’s Fall Meeting on November 29, 2016. The award carries with it a $5,000 prize and travel grant to the Embracing Challenge Award event.

Nominate a researcher for the 2017 award

Learn more about the Materials Science Council and the work they are doing.

Elsevier has made a selection of the research Dr. Nyugen has published in our journals freely available until February 28, 2017. 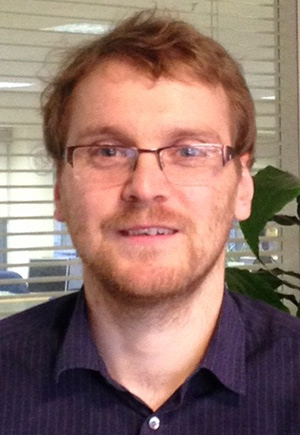 Joe d’Angelo is an Executive Publisher on the Materials Science team at Elsevier. He has been with Elsevier since 2013, previously working on the built environment journals. During his publishing career, he has worked in various disciplines, including sustainability publishing and health and life sciences. He is now responsible for the Materials Engineering journals, which includes the Acta Materialia Inc. journals, a number of other well-established materials engineering journals, and the new journals Materials Discovery and HardwareX. Joe has a keen interest in using the tools and networks at Elsevier to connect communities across disciplines and sectors. He has been involved in various initiatives aimed at broadening the reach of scientific research papers and encouraging different methods of communication to help lay foundations for future areas of research.