The Asia-Pacific is the most disaster-prone region in the world, according to a 2015 report from the UN Economic and Social Commission for Asia and the Pacific (ESCAP). Between 2005 and 2014, ESCAP reported 1,625 disaster events in the region, which took the lives of about 500,000 people, affected 1.4 billion others, and caused $523 billion in damage.

Natural disasters, and the associated risks — especially for those living along the “Pacific Ring of Fire” fault lines or in the major typhoon tracks — are facts of life. Those living in the region are 30 times more likely to be affected by a natural disaster than someone living in North America or Europe, according to the UN.

These natural disasters have a significant impact on the lives of people in the region and on economies globally. This impact has sparked new research and conversation in the field of disaster science, much of it prompted by the “triple disaster” of the earthquake, tsunami and Fukushima Daiichi nuclear power plant accident five years ago. This research aims to advance our understanding of these often catastrophic events, and can illuminate paths towards better preparedness, recovery and even prevention. Elsevier’s own analysis of the research landscape reveals not only where scholarly output is concentrated globally and within Asia, but also which countries are producing the most “impactful” research (as measured by field-weighted citation impact) and new and emerging areas of investigation. 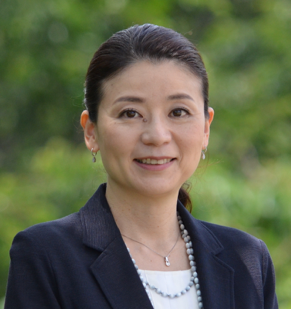 “Disasters set back the developments we have already achieved,” said Dr. Takako Izumi, Associate Professor at the International Research Institute of Disaster Science (IRIDeS) at Japan’s Tohoku University. “The impact of disasters is not only human lives; recovery from the damages requires tremendous time and budget.”

However, natural disasters needn’t inflict such a toll: “Damages and impact can actually be reduced and mitigated by reducing vulnerability and exposure and raising (our) capacity,” Dr. Izumi explained, giving the examples of anti-seismic structured buildings and enhanced disaster education.

The global conversation about disaster risk reduction has gotten louder in recent years, which has  seen the launch of the UN Sustainable Development Goals (SDGs), the Paris Agreement and the Sendai Framework for Disaster Risk Reduction, adopted by UN member states in 2015. Both the SDGs and the Paris Agreement discuss the ways that climate change has affected the occurrence of natural disasters. As Sustainable Development Goal 13 — “take urgent action to combat climate change and its impacts” — states: “Climate change often exacerbates disasters with annual deaths (due to disasters) trending upwards.” Goal 13 also sets a target to “strengthen resilience and adaptive capacity to climate-related hazards and natural disasters in all countries.” Through combatting climate change, we can help reduce the effects of natural disasters.

The Sendai Framework sets four priorities for action for understanding, managing and reducing disaster risk. What distinguishes the framework from other climate agreements is the importance placed on including diverse stakeholders. Traditionally, researchers work within their discipline for their whole career, but this approach is impractical for understanding the economic, human and structural impacts of natural disasters. As Dr. Izumi explained: “For disaster risk reduction, we learned it has to include many different fields. To recognize and find the best solutions, we really need to collaborate, to maximize the effectiveness of our research.”

In this spirit of collaboration, on November 2, participants from over 60 countries gathered for the four-day Asian Ministerial Conference for Disaster Risk Reduction (AMCDRR 2016) in New Delhi. The conference was co-organized by the Indian government together with the UN Office for Disaster Risk Reduction (UNISDR) as a follow-up to the adoption of the in 2015. AMCDRR provided an opportunity to shape the implementation and monitoring of the Framework in Asia, and adopt an “Asia Regional Plan for Implementation of the Sendai Framework.” The plan identified key priorities and regional activities to support national and local actions; enhance the exchange of best practices, knowledge and information among governments and stakeholders; and additionally to strengthen regional cooperation to support the implementation of the Sendai Framework.

The Science of Disaster Science 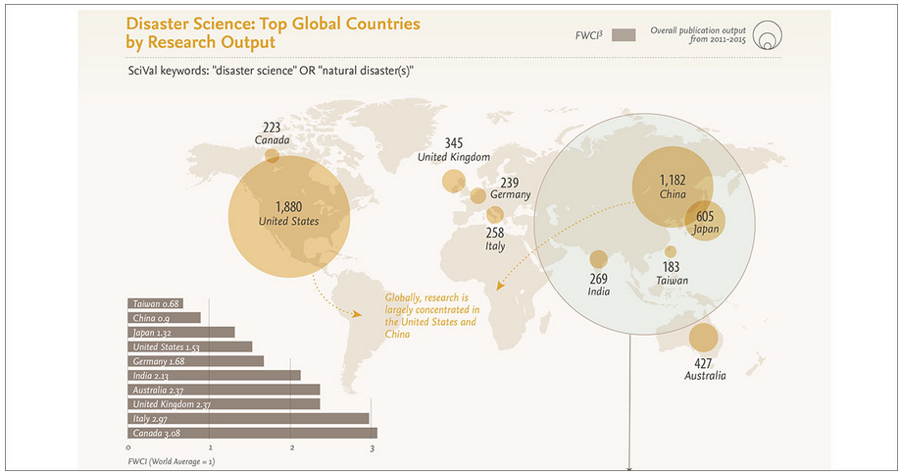 In support of AMCDRR, and in collaboration with IRIDeS and the APRU-Tohoku University Multi-hazard Program, Elsevier’s Analytical Services team has taken an in-depth look at research trends in disaster science. They used Scopus data from 2011-15 and used SciVal to examine research into disaster science in terms of levels of scholarly output, research impact, trending topics, and more, both globally and within Asia (as defined by the UN Statistics Division). Here are some of our findings.  (To learn more, see The Science of Disaster Science infographic.) 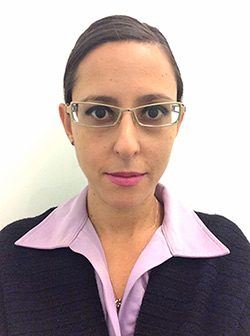 Globally, research into disaster science is largely concentrated in the United States (1,880 publications) and China (1,182 publications). Within Asia, Japan is second, followed by India, with 605 and 269 publications, respectively. Sarah Huggett, Analytical Services Product Manager for Research Networks at Elsevier, observed more broadly that:

The distribution of scholarly output in disaster science per country shows research power houses at the top of the list, in line with global scholarly output trends. More surprisingly, Japan, Australia, and Taiwan have a much higher scholarly output rank in Disaster Science than overall, reflecting the importance and relevance of this field in the Asia-Pacific.

Looking at the field-weighted citation impact (FWCI) of global research into disaster science, we also examined which countries produced the most impactful research in terms of citations. FWCI is a way to measure research impact that normalizes for differences in citation activity by subject field, article type, and publication year. The global average is set at 1, meaning that, for example, an article with a FWCI of 1.46 is cited 46% more than the world average. Japan (FWCI = 1.37) ranks highest in Asia, with the United Kingdom (FWCI = 2.37) producing the most impactful research globally.

Trending topics and areas of focus

In line with discussions being held at conferences like AMCDRR, we found that “disaster prevention,” “risk management” and “risk assessment” are growing keywords globally in the field. We also observed that different countries produced more research on certain types of natural disasters. For example, Japan is the most prolific country in Asia in tsunami research with over eight times the number of publications (840) than the next country, India (99). We also see China publishing the most papers on earthquakes (12,100), floods (803), and landslides (649). As Mrs. Huggett further observed, “this is likely affected by the type of natural disasters faced by each country, which may in turn determine their research priorities and thereby influence the size of their scholarly output.”

Over the past five years, there have been increasing partnerships between governments and international organizations on the development of frameworks and agreements that acknowledge both the underlying causes, and devastating effects, of natural disasters. Examining trends in research output, it is evident the scientific community is similarly focused: between 2011 and 2015, publications with SciVal keywords “disaster science” or “natural disasters” increased 24 percent globally and 29.5 percent within Asia.

While many examples exist of research being translated into actionable policy, such as seismic alert systems that provide early warnings of earthquakes, there is still much work to be done. As the UNISDR commented in its 2015 Science and Technical Advisory Group Report, “better links to decision-making in policy and planning are needed to continuously enhance our ability to forecast, reduce and respond to disaster risks thereby building resilience.”

Indeed, it appears that both interdisciplinary and multi-stakeholder collaboration are the key to developing solutions that help us manage risk, enhance resilience, and build back better, in the face of natural disasters. 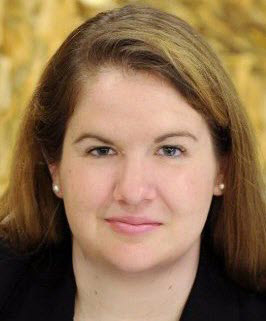 As US Marketing and Partnerships Manager, Taylor Stang focuses on Elsevier's Research Intelligence portfolio of research management tools and how they can meet the changing needs of research stakeholders at institutions in North America. Based in New York, Taylor joined Elsevier in 2015; prior to her current role, she worked in various marketing and strategy positions across the nonprofit, publishing, and technology sectors. She holds a BA in Political Science and Japanese from Duke University and a MBA from the University of Southern California. 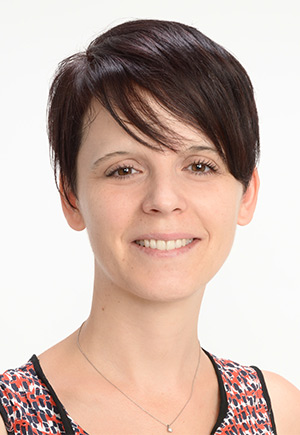 Ludivine Allagnat is Senior Manager for Elsevier's Global Academic Relations team, based in Tokyo. She joined Elsevier in 2013 and is involved in building collaborative relationships with universities, research institutions and governments to sustain and enhance their research and innovation capabilities. Prior to joining Elsevier, she was in charge of media relations, branding promotion, program and event planning for an S&T international forum held in Japan. 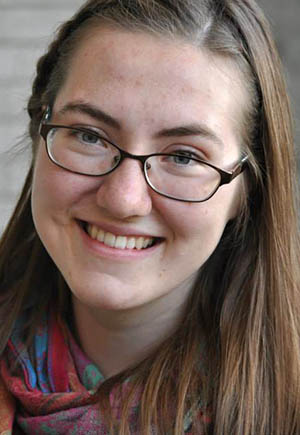 Janoah Willsie is an intern with Elsevier's Research Intelligence marketing team, based in Amsterdam. She is also a student at the University of Ottawa in Canada, studying International Economics and Development, focusing on the economic challenges and advantages of globalization in the emerging and industrialized world. She has a background in Canadian federal immigration policy and governmental strategic communications. 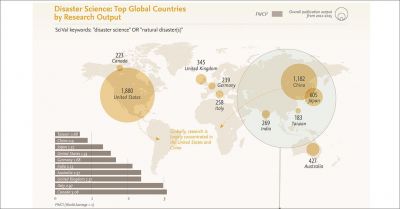 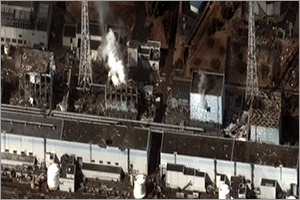 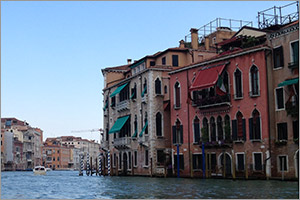 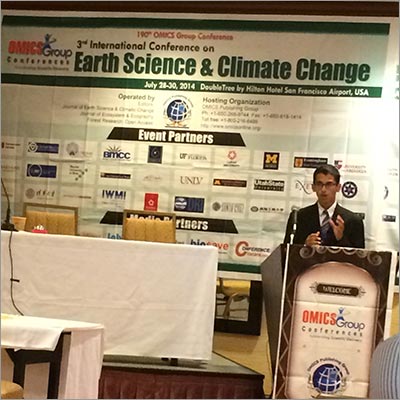