Businesses and governments are realizing the economic power of higher education, leading to new partnerships

The headlines about Detroit's bankruptcy and the economic woes of other cities around the nation and the world are a continuing reminder that municipalities, like any other business model, are still trying to define the new normal in an uninspired economy. 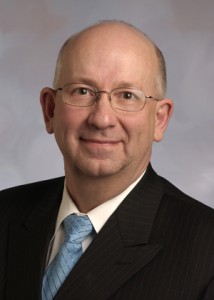 While business and political leaders are not shy about sharing their views on how to fix things, an oft-overlooked city resource is the network of universities, both public and private, that call the city home. While on the surface, the idea of a university being an economic driver may not immediately register on the radar, dig a little deeper and it becomes apparent that they are indeed undervalued assets. Aside from generous tax breaks, one of the first thing any company looks for when considering expansion or relocation is the proximity and size of the pool of local talent and the availability of high-quality education for its employees' families.

For the first time in history, more than half the world's population lives in towns and cities, according to the United Nations Population Fund (UNFPA). By 2030, the number is expected to rise to almost 5 billion, with the largest urban growth centered in Africa and Asia.

Cities present many opportunities for social upward mobility and can deliver essential services such as education, health care and jobs – cost effectively. Research universities are an essential component of the advantages urban living can offer, so why aren't they at the center of the conversation?

While the issue is related to communication, at its core is the reality that higher education is typically not viewed as an economic enterprise that leverages and multiplies the economic contributions of others. Local governments and business leaders along with place-makers (developers) partner on city infrastructure and economic expansion plans, but universities are generally not involved in the mix, and this is a serious omission.

While most research universities in the US are nonprofit institutions, they do generate tax revenue through payroll taxes as well as state and local sales taxes from the purchase of goods and services, the influx of new residents (students), hospitality income from visiting families, college sports and other university-sponsored events. In addition, corporations partner with research universities to enhance their research and development (R&D) investments and for the certification of professional personnel, especially engineers and IT professionals.

There are several case studies of cities that lost their manufacturing base but leveraged their universities for economic development and now are on the rebound. Pittsburgh is a classic example. When the steel mills left town, the city went into a decline, but local government created policies and procedures and offered development deals to Carnegie Mellon University and the University of Pittsburgh. As a result, the newly vibrant knowledge-driven city has become a well-known hub of research and has attracted several A-list companies to the area.

In New York, former mayor Michael Bloomberg promoted a similar idea with the goal of diversifying the city's economy away from Wall Street. The opening of Cornell NYC Tech in October is one example. The university's master's degree program in connective media is designed to train the next generation of entrepreneurial engineers and technologists needed for New York's dynamic news, publishing, advertising and entertainment industries. As Bloomberg said in a recent address:

During the 1970's people wondered if cities could be saved; today cities are experiencing a resurgence by building coalitions that help to develop new ideas (in which) public/private partnerships are key.

Knoxville, Tennessee, was home to several major companies that went bankrupt or closed facilities during the recession. The city's major university, the University of Tennessee, Knoxville, continued to be a stronghold of jobs, and through its vibrant student population, was able to serve as a continual economic base.

Further afield, the opening of the UCL Big Data Institute in London, as well as the increase in science research in Amsterdam, and Singapore's stature as a major research center, are fueling the competition between cities and countries for the brightest and best research talent.

Recently, Elsevier entered into a partnership with Forum48, a 48-month international collaboration of government, higher education, business and the real estate community. Its mission is to bridge the disconnect between city stakeholders and provide a forum by which the key players in urban development can take concrete steps to build local networks that include research universities as part of the economic conversation.

Elsevier contributes by using its access to empirical data on research universities, and its ability to analyze this data and create asset maps that visualize an institution's unique strengths. These maps can serve as a single point of entry for business, industry, community groups, NGOs and government agencies to discover researcher expertise and resources associated with the universities in a given metropolitan area. This invaluable resource will enable new cross-sector collaborations and new economic development initiatives catalyzed by these collaborations.

The first such conference dedicated to this collaboration was held in conjunction with the Urban Land Institute's Fall Meeting in Chicago in November. Subsequent events are planned for Amsterdam in the spring 2014 and perhaps in Hong Kong later in the year.

For Elsevier, this is our sweet spot and a great opportunity for new business development. By moving into a consulting role and providing original data analysis not readily available from any other source, we can help our university customers raise their profiles in their states and local communities. In the same way, we have the ability to help cities identify their research-related competitive advantages, which they can use to recruit and retain technology-based companies.

Once communities fully understand the opportunities their local universities can provide, they are more likely to support continued investment in research projects.

Cities, for all their problems, will continue to be hubs for economic growth, and regardless of social networking, people still need human contact. Young people will still want to experience the bright lights and excitement of cities; business and finance still want to interact with customers and suppliers in person; and local governments can deploy limited resources more efficiently in areas with concentrated populations.

In the 21st century, the ivory towers of academia will provide impetus for cities as they rebuild the steel towers of commerce, supporting one another in today's knowledge-driven economy of discovery and application.[divider]

Dr. Brad Fenwick joined Elsevier in 2012 as Senior VP for Global Strategic Alliances. Previously, he held research executive roles as Vice Chancellor for Research and Engagement at the University of Tennessee, Knoxville, where he also served as Professor of Pathobiology in the College of Veterinary Medicine, and VP for Research at Virginia Tech.