In “Call to action” in Cell journal, they advocate focusing on the combination of genetically targeted agents with immunotherapy

Correction: A previous version of this story had an incorrect link to the review article in Cell, which has since been updated. We apologize for the inconvenience. 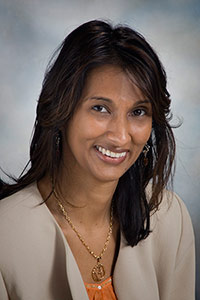 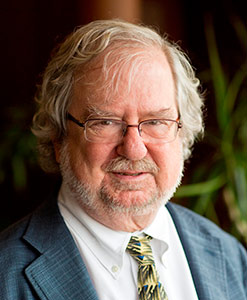 Since President Nixon declared the “War on Cancer” in 1971, scientists have been united in a quest to find all gene deletions, insertions, or duplications that can cause an otherwise ordinary cell to divide uncontrollably. This expanding library of mutations has led to the development of targeted therapies that have given qualifying cancer patients additional months or years of life.

But this is not the only road to a cure, according to University of Texas MD Anderson Cancer Center Chair of Immunology James P. Allisonand Professor of Immunology and Genitourinary Medical Oncology Padmanee Sharma. They present their views and findings in a review of the field published today in the journal Cell.

Targeting the genetic drivers of cancer works in clinical trials, but cancers often resurface shortly thereafter. Another therapeutic approach that has received a lot of attention recently, namely immunotherapy — which primes a patient’s immune cells to attack tumors — offers a longer-lasting response, but only in a fraction of people. The way forward, the authors argue, is to shift funding and research priorities so that these complementary approaches can be combined.

“The big thing is that these are both ways we can really help patients,” said Dr. Allison, whose lab helped demonstrate the potential of cancer immunotherapy, which was named Science Magazine’s 2013 Breakthrough of the Year:

This is a call to action. A lot of careers have been made identifying cancer drug targets, but let’s start using funding wisely to also understand why tumors are resistant to immune cells.

“One of the significant challenges to progress in cancer research is funding,” said Sherry Lansing, co-founder of Stand Up To Cancer, which has over $370 million pledged from individual and major donors to support translational research programs, including the work of Drs. Allison and Sharma. “Philanthropy can only do so much. In order to bring cancer to its knees, we need innovative research on a level that only the government can afford. And we need to allocate those resources wisely to study the promising areas such as genomically targeted agents and immunotherapies.”

Precision medicine vs. “one size fits all”

Drugs that target specific cancer-causing mutations have been an important step in moving away from the “one size fits all” approach of chemotherapy and irradiation, which kill all dividing cells and result in severe side effects. In the process of developing precision medicine, investigators have learned that no two cancers are alike, and even cancer cells within the same tumor can come to possess additional mutations — that, for example, may empower them with drug resistance. Indeed, with a targeted therapy approach, a single “mutant” cancer cell can evade a drug’s effects and cause a patient’s cancer to return. 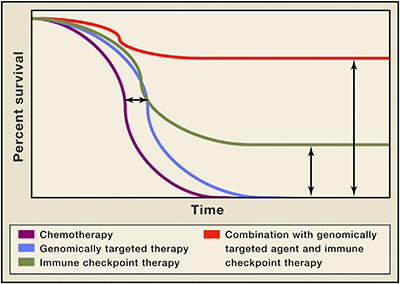 More recently, researchers have been using combinations of targeted drugs to prevent emerging resistance. However, it isn’t clear if this will be enough. As Drs. Allison and Sharma write in their review:

It is difficult to envision realistic approaches to effectively overcome the myriad of resistance mechanisms that may arise in the course of cancer treatment. The continued evolvability of the tumor cells and their mechanisms of escape from targeted therapies raise the question as to whether combinations of genomically targeted agents will ever be curative.

From its inception, immunotherapy has fielded accusations of hype, and the field is littered with failed cancer vaccine clinical trials meant to stimulate T cells. Most cancer researchers ultimately lost enthusiasm for the pursuit, but a few, including Dr. Allison, thought the questions just needed to be reframed. Instead of trying to turn T cells “on,” what if immunotherapy worked to disrupt the inhibitory mechanisms or “off” switches that prevent immune cells from continuously attacking tumor cells? This thinking ultimately led to the development of drugs that undo the checkpoints that halt T cell responses against tumors.

These “immune checkpoint therapies” have been applied to skin, blood, lung, and bladder cancers, among others. They have proven to be successful in clinical trials, with some patients continuing to live a decade on after receiving treatment. Immune-related side effects exist, but can be managed.

“What gives me hope is the fact that we have these long-time survivors,” said Dr. Sharma. “I’ve been treating cancer patients with metastatic disease for a long time and it’s been rare that they live for 10 years.” The drugs have also been effective in people with very advanced solid tumors. Despite these remarkable results, however, so far, immunotherapy has been effective in only about one-fifth of cancer cases, emphasizing the need to broaden its reach by combining it with other approaches.

Efforts to combine molecularly targeted agents and immunotherapy have already begun, with promising overall response rates, though more time is needed to determine the survival rates of patients. These studies will be the first to examine whether genetically targeted agents can affect a patient’s responsiveness to immunotherapy or whether a combination approach can slow tumor growth better than either therapy alone.

Drs. Allison and Sharma hypothesize that the two types of therapies will have additive or synergistic effects, increasing the number of patients who experience long-term clinical benefit. In the conclusion to their review, they write:

At this stage, it does not seem a stretch to say that increasing funding to combination therapies will be key to development of new safe treatments that may prove to be curative for many patients with many types of cancer.

Drs. Sharma and Allison are founders and advisors for Jounce Therapeutics. Dr. Sharma also serves as a consultant for Bristol-Myers Squibb, Amgen, and Glaxo SmithKline. Dr. Allison is an inventor of intellectual property owned by the University of California, Berkeley, and licensed to Bristol-Myers Squibb and has received royalties from Bristol-Myers Squibb. Their work has been supported by a Stand Up To Cancer-Cancer Research Institute Dream Team Cancer Immunotherapy Grant, a PCF Challenge Grant in Immunology, the NCI/NIH, and Cancer Prevention Research in Texas grants.

This article is freely available until May 8, 2015: