Presentations explored law and emotion, psychopathy and a comparison of prison systems in different countries

"Emotion cannot be separated from cognition." 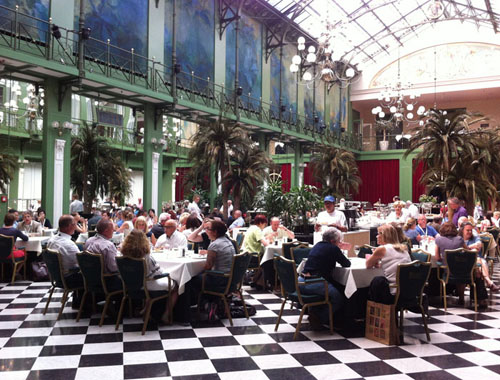 Those were the words of Aviva Orenstein, a law professor at Indiana University, discussing the role of emotions in court.Her talk was among the myriad of presentations at the 33rd International Congress on Law and Mental Health (#IALMH2013) July 14 to 19 in Amsterdam. Held every other year in a different city, the meeting examines the interaction between mental health and law from a multidisciplinary perspective. This year's trending topics included psychopathy, sex offending, bioethics, post-traumatic stress disorder, and mental health for war veterans.

The congress featured about 200 presentations each day and drew 1,000 attendees from around the world. Participants included university professors, post-doctoral researchers, forensic psychiatrists and consultants, and legal professionals.

The event was presented by the International Academy of Law and Mental Health (IALMH). Elsevier, which publishes their official journal, the International Journal of Law and Psychiatry, was among the sponsors along with the Dutch Ministry of Security and Justice.With such a large and varied list of participants, different perspectives were exchanged during the lively panel discussions and over coffee and lunch.Here's a selection from the presentations.

An emerging topic that was popular at this year's IALMH congress is emotion in the law. Several presentations reviewed past research while some introduced recent studies on the role of emotion in legal environments.

In the past, emotions have commonly been excluded from the law; judges, jurors, lawyers, and other legal as well as psychiatric professionals have long been encouraged to discard emotion from their work so as not to let emotions "cloud their judgment."

In her presentation titled "Evidence Law's Ambivalent Attitude towards Emotion: When is too Much Emotionally-Charged Evidence Unfair Prejudice? When is too Little Emotion Incompetent Lawyering?" Professor Orenstein elaborated on the role of emotions in court. She argued that instead of there being too much emotion, the danger is having too little, particularly the emotion of regret experienced by the jurors for a mistaken conviction. In her presentation, the audience was reminded that "rather than seeing emotion as a necessary intrusion on the thought process, cognitive psychologists have demonstrated that emotion is an integral part of reasoning itself" and thus "emotion cannot be separated from cognition."

Another intriguing topic that was discussed is psychopathy. The horrific nature of psychopathy makes it a fascinating disorder. Dr.

Jacqueline B. Helfgott, Professor of Criminal Justice a tSeattle University, drew attention to the popular misconception of the psychopath by presenting her research on what the term psychopath means to the general public. The results of the study depicted the common idea of what the general public believes a psychopath to be: watch a crime television series or a thriller and you will understand why the public relates psychopaths to notions such as "crazy," "whacko" and "nutjobs."

This popular misconception was juxtaposed with the scientific conception of the psychopath and ultimately led to a discussion of how this discrepancy presents challenges for criminal justice decision-makers (for example judges and juries). In her presentation, Dr. Helfgott recommended the book The Psychopath Test by Jon Ronson and the accompanying video of that name. Her research is presented in the four-volume series she edited titled Criminal Psychology; the chapter on the popular conception of the psychopath is in Volume 2. 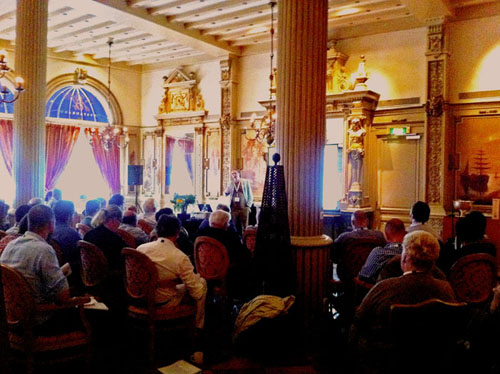 Most people know that prison generally exists to punish offenders by means of taking away their freedom and preventing them from committing further acts of violence by incapacitating them. However, not everyone stops to think about the drastic differences that exist in the prison systems across various countries not only in terms of prison conditions (i.e., size of prison cell, prison facilities, recreation time) but also in the theory or reasoning behind why we punish, such as retribution, rehabilitation, and prevention/deterrence.

Quite a few presentations discussed prison systems in different countries, including the American system and the Dutch prison policy, which is currently changing. Topics included psychiatric treatment of mentally ill prisoners, power and gender relations in the prison context, and solitary confinement and the harsh conditions prisoners endure, particularly in the US.

A comparison between prison cell policy in the United States and in the Netherlands serves as an example to illustrate how extreme these country differences are. While it has always been common for multiple prisoners to share a cell in most US prisons, the Dutch used to impose a one-prisoner-per-cell policy (to the extreme where there were waiting lists for prisoners). The Dutch discarded this policy in 2003, allowing multiple prisoners per cell.Such differences draw the attention of policymakers, who continue to face challenges regarding incarceration practices.

For someone who is about to enter the field of criminology, this congress was an eye-opener to the overwhelming amount of research being done in the field as well as the challenges that practitioners face. It was the ideal opportunity for academics and practitioners to share their research with colleagues nationally and internationally. The overall enthusiasm at the congress — and the fact that integral issues such as emotion are becoming predominant subject areas in the field — make it a promising one to join.

The next IALMH congress will be in 2015 in Perugia, Italy. Details will be posted at IALMH.org 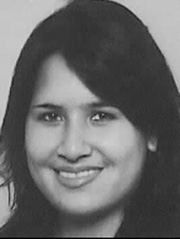 Tanya van Goch (@tvangoch) is a Communications Intern for Elsevier's Corporate Relations group. She has a bachelor's degree in liberal arts and sciences from University College Utrecht. In September, she will begin her master's degree studies in global criminology at Utrecht University with an eye to combining her interests in forensic criminology and communications.[divider][caption id="attachment_26759" align="alignleft" width="400"]