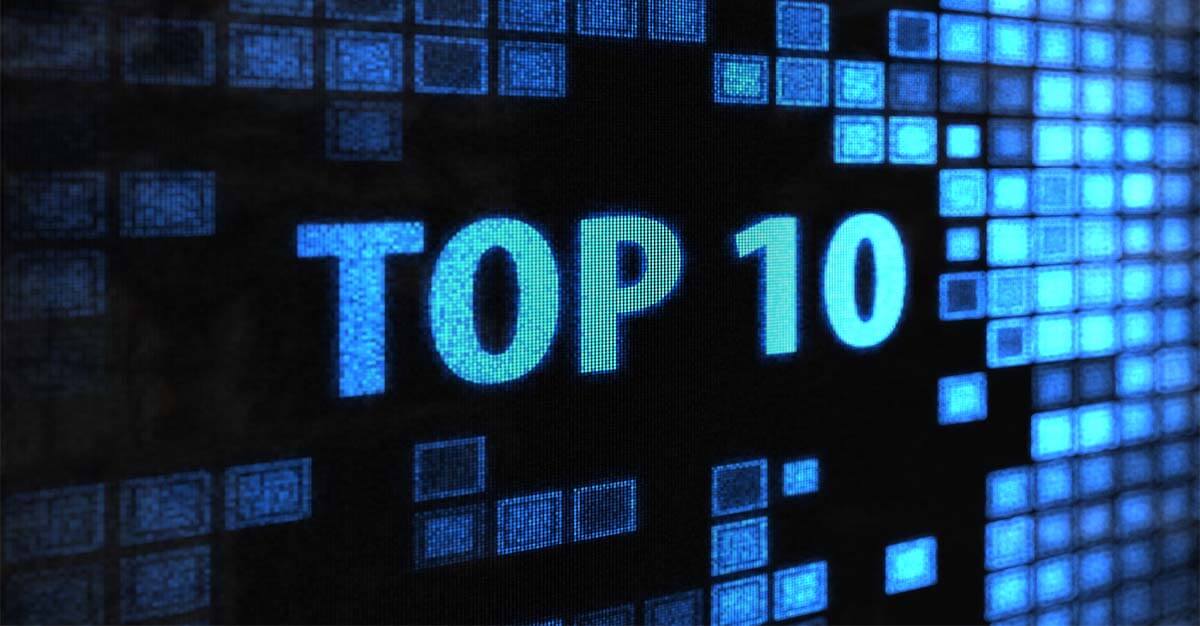 We published 243 stories on Elsevier Connect last year. Based on the most viewed articles, we can see that our readers were drawn to understanding the crises of our times through the lens of knowledge and innovation. Our top 10 focus on responding to Zika virus, cancer, Ebola and Fukushima with research and other resources. In addition, there are practical tips on publishing and technology – and an inspiring story of undaunted commitment to scientific knowledge. Overall, Elsevier Connect received more than 2.5 million views in the past year.

Our contributors are members of the global science and health communities — researchers, professors, graduate students, medical practitioners, librarians, authors, science writers, and the colleagues at Elsevier who work closely with them, many also working as researchers and clinicians themselves.

Thank you to all of our contributors, and congratulations to those who made this list.

1. 7 steps to publishing in a scientific journal 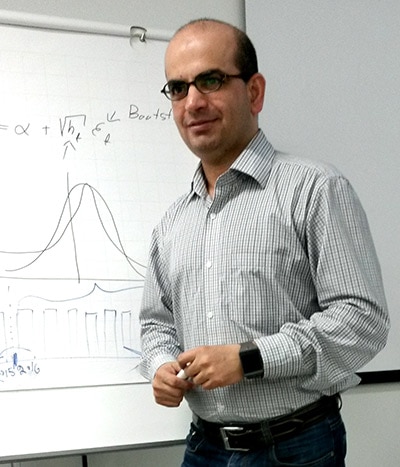 Aijaz Shaikh’s success as a contributor comes from writing about a subject he knows well – and one that is obviously important to many of you: advancing your science career while still a doctoral student. In this and his previous stories for Elsevier Connect — A brief guide for collaboration for the young scholar and 5 secrets to surviving (and thriving in) a PhD program – he explains how to make the most of your PhD years, presenting his ideas clearly while using examples from his own experience and that of other scholars.

Dr. Shaikh recently completed his PhD at the University of Jyväskylä School of Business and Economics in Finland, where he now works as a University Lecturer.

Chemistry can provide vital clues that can help detectives solve crimes. As author Rob van Daalen, Senior Publisher for Elsevier’s chemistry portfolio, writes: “Chemical analysis can reveal how long ago a person died, which gunshot the fatal bullet, and where the tape that tied them up was manufactured.”

This field is known as forensic chemistry and it was the focus of National Chemistry Week 2016. To celebrate, we have curated a collection of articles published in Elsevier’s chemistry journals this year that highlight the importance of research in this field. From detecting and analyzing fingerprints to testing paper used in forgeries, these articles give a broad overview of the research that supports forensics. It’s free to access until January 13, 2017.

As the mosquito-born Zika virus spread throughout the Americas, with its threat of birth defects, Elsevier colleagues wanted to make any information available that could help combat the disease. We created the Zika Virus Resource Center give anyone interested in Zika virus – medical professionals, health researchers, policymakers, the media and members of the public – one place to access the this information free of charge. The resource center provides continually updated research, data and other resources from Elsevier's content, including The Lancet and Cell Press, along with opinion from world-renowned infectious disease experts.

Thanks to our Elsevier colleagues in Brazil, this page has also been translated into Portuguese and Spanish.

When Elsevier acquired the Social Science Research Network (SSRN) in May, CEO Gregg Gordon wrote about the mutual benefits of being able to combine forces with Mendeley, speaking of their “common vision of improving researchers’ lives:

SSRN is devoted to providing "tomorrow’s research today” through specialized research networks in the social sciences and humanities. We facilitate the free posting and sharing of research material (e.g., conference papers, preprints, non-peer-reviewed papers) in our subject areas. Mendeley is a researcher workflow tool that helps researchers organize, discover and share their research. Mendeley is also becoming a collaborative environment for sharing early results of research but is more focused in science, technology and medical fields. Its technology platform, enhanced by Elsevier’s investment, uses metadata from articles and usage on its site to develop a suite of analytic tools that directs researchers towards the best people to collaborate with and what to read. … Together, SSRN and Mendeley can provide greater access to the growing base of user-generated content, build new informational and analytical tools and increase engagement with a broader set of researchers.

After the historic EU Referendum in June, many people began speculating about the effects Brexit might have on the research community in the UK and beyond. This resource center provides free access to data, metrics and other resources to help monitor any effects of Brexit on the global research community. It includes a UK Research Factsheet created by Elsevier’s Research Intelligence Team; free access to top-cited research; and continually updated social media monitoring. It’s intended for researchers, institutions, funders and governments, but anyone can access the data free of charge.

Five years ago, the Fukushima earthquake and tsunami led to a major nuclear accident at the Fukushima Daiichi power plant. The region is still recovering from this “triple disaster,” which killed more than 15,000 people and displaced many more.

This virtual special issue focuses on the Fukushima Daiichi disaster, which has had broad consequences for energy policy, the environment and disaster management in Japan and internationally. Elsevier colleagues worked closely with editors of our journals to present impactful research from a wide variety of fields. They wrote about the significance of these studies, making them freely available for the rest of 2016.

7. Why you shouldn’t fully charge your smartphone

Researchers at three universities in China studied the safety of lithium-ion batteries, which are used in millions of consumer products, including smartphones. They heated 18,650 lithium-ion batteries to the point of combustion, analyzing the gasses they emitted. “More than 100 emitted gases were identified, most of which are hazardous to humans and have a negative impact on the environment,” co-author Dr. Sun wrote in her article for Elsevier Connect. Their research was published in Elsevier’s journal Nano Energy.

8. Accelerating the journey from cancer research to treatment

This story begins with a monumental discovery by geneticist Mary-Claire King in 1990. When the US National Cancer Institute was its survey of 1,500 woman with breast cancer, Dr. King suggested asking them whether they had close relatives with the disease. When the results were positive, she proceeded to identify the gene responsible, calling it BRCA.

In this feature, science writer Lucy Goodchild van Hilten shows how Dr. King’s discovery paved the way for translational cancer research, and speeding the path of research from “bench to bedside.”

Scientists continue to investigate the genetic basis of disease, and with advances in technology, they are making new incremental discoveries every day. The journey these scientific discoveries take to the clinic is faster than ever, but it includes formidable obstacles. These challenges are spurring the development of tools to help researchers make further breakthroughs – and help practitioners assimilate the ever-growing supply of knowledge and data to find the best treatments for their patients. And they are sparking initiatives that bring together researchers, medical practitioners, patient advocates and policymakers to find new ways of harnessing this knowledge so patients can receive personalized treatment.

In the wake of the Ebola outbreak in West Africa, many scientists are working to develop vaccines against this often deadly virus. However, such vaccines have limitations. As science writer Lucy Goodchild van Hilten explains, “They need to be given prophylactically and could only protect against Ebola, leaving people at risk of other hemorrhagic viruses.”

In response, a team of researchers led by microbiologist Dr. Ronald Harty of the University of Pennsylvania School of Veterinary Medicine set out to target the virus’ mechanism for breaking out of cells, which is similar in many different RNA viruses, including the Marburg and Lassa fever viruses. They published research about their antiviral compounds in Elsevier’s journal Bioorganic & Medicinal Chemistry Letters.

While the research is in early stages, researchers say they hope the new compounds will be able to treat people who are already infected as well as provide protection for people at risk for exposure, such as soldiers and healthcare workers.

10. In the shadow of the Nazis, this young executive dared to publish the work of Jewish scientists

As the Nazis seized power in the 1930s, Jewish scholars in Germany were persecuted and forbidden to publish. Many fled to the UK and the US. Despite the risk, Elsevier began translating their works and publishing them in English. In 1939 and 1940, as the Nazis burned down the Warsaw Ghetto and invaded the Netherlands, Elsevier established offices in London and New York to distribute these titles.

The charge was led by a bold young director: Ted Klauz. In an impassioned speech to Elsevier’s board of directors, he proclaimed that it was Elsevier’s duty to publish their work:

… someday the historian of the twentieth century will ask himself if the refugees of today, just as occurred in earlier times, found a material or intellectual harbor in the Netherlands; or if the Dutch were not true to their tradition and the exiles either found shelter for their brainchildren elsewhere, or not at all. We are able to make an important contribution in answering this question. A publisher is not a grocer. If ever, now is the time for him to be aware of his intellectual task!

Klauz’s actions would mark the start of Elsevier’s international business and become a milestone in Elsevier’s long history of innovation. 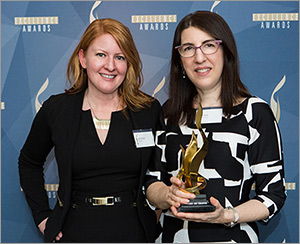 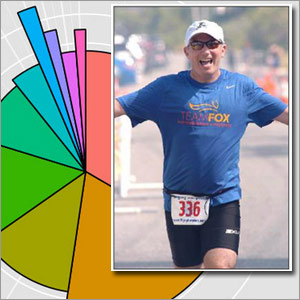