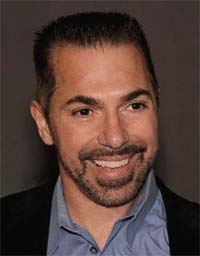 Dr. Robert Lanza has been named to the 2014 Time 100 — Time magazine's list of the most influential people in the world. He and his colleagues were the first to successfully clone adult stem cells to create early-stage embryos. The breakthrough could ultimately provide treatment for a range of conditions, including heart disease and Alzheimer's disease, by enabling scientists to generate new healthy cells to replace diseased or damaged ones.

It's been done with sheep, frogs, mice and even infant human cells, but no one had had success in cloning cells from adults, a much more challenging feat since decades of development have to be erased and reprogrammed. 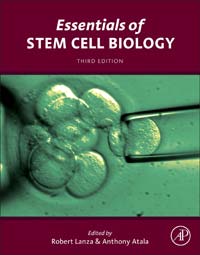 Along with being chief scientific officer at Advanced Cell Technology in Massachusetts, Dr. Lanza is a prolific author and editor of scientific articles and books, including Elsevier's Principles of Tissue Engineering, Handbook of Stem Cells and Essentials of Stem Cell Biology. Published under the Academic Press imprint, these books are considered definitive references in their fields.

For this research, Dr. Lanza worked with researchers at CHA University in South Korea.

Other Time 100 people honored in the Pioneer category include basketball star Jason Collins, the first openly gay athlete in the NBA; Jack Ma, "the king of Chinese e-commerce"; NSA whistleblower and computer "renegade" Edward Snowden; and Dr. John Kovac of the Harvard-­Smithsonian Center for Astrophysics, whose inflationary theory explains the expanding universe.[divider]

Use the discount code PBTY14 for 25% off Dr. Lanza's books in the Elsevier Store.

Dr. Lanza in the media

[pullquote align="alignleft"]"Robert Lanza was taken under the wing of scientific giants such as psychologist BF Skinner, immunologist Jonas Salk, and heart transplant pioneer Christiaan Barnard. His mentors described him as a 'genius,' a 'renegade thinker,' even likening him to Einstein himself." — US News & World Report, cover story, January 2008[/pullquote]

Michelle McMahon is the Publicity Manager for Elsevier's Science & Technology Books division (@SciTechBookNews). She is based in Waltham, Massachusetts.