This year’s #PiDay is quite a special one

The famous mathematical constant prevails in modern science – and has taken on a life of its own in music, e-cards and, yes, pie-making

Commemorating what is arguably the world’s most popular mathematical constant, Pi Day is celebrated every year on the 14th day of the 3rd month, or 3.14 – the first three digits of π (pi).

A short history of π

Representing the ratio of a circle's circumference to its diameter, π boasts a long and fascinating history that dates back to antiquity.

Already by 2000 BC, the Babylonians and Egyptians knew π was greater than 3; however, they had only a rough approximation of its numerical value. Around 250 BC, the ancient Greek mathematician Archimedes improved on those estimates by using a polygonal algorithm that would prove highly influential for well over a thousand years. In his honor, π is also known as "Archimedes' constant."

The calculation of π was further advanced in the 16th and 17th centuries through the development of calculus and infinite series, a technique used by major mathematicians such as Gottfried Wilhelm Leibniz and Sir Isaac Newton. In their book Pi Unleashed, authors Jörg Arndt and Christoph Haenel recount a comment Newton later wrote in his person journal: "I am ashamed to tell you to how many figures I carried these computations, having no other business at the time.”

The Greek letter "π" was first used as the constant’s symbol in 1706 by the Welsh mathematician William Jones and gained popularity after its adoption by the Swiss mathematician Leonhard Euler some 30 years later.

In the beginning of the 20th century, about 500 digits of π were known. Today, owing to modern-day technology, π has been calculated to several trillion digits beyond its decimal point, thus pushing the boundaries of contemporary computing capabilities and calculating techniques.

Keeping an eye on pi

A true milestone in the intellectual and scientific history of mankind, π has had an influence across a vast array of disciplines. Ubiquitous in its applications and use, it is most commonly associated with mathematics, where it serves as a fundamental building block central to several problems still tormenting mathematicians to this day.

A sample search on ScienceDirect across all disciplines for documents mentioning "π" in their title, abstract or keywords from 2005 to the present returns more than 31,000 results, revealing its enduring popularity in current research. Limited to subject area "mathematics," the same search yields more than 2,500 results:

Furthermore, a Scopus search for subject area "mathematics" reveals an upward trend in documents mentioning "π" in their title, abstract or keywords over the last 10 years (more than 14,300 documents in total): 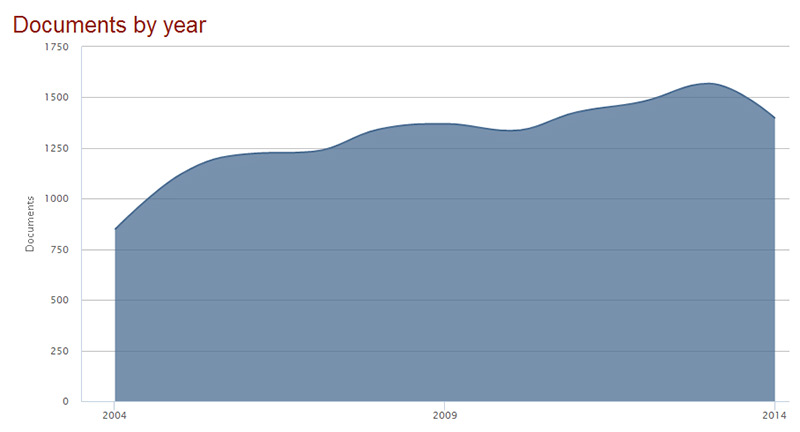 It appears then that π is indeed everywhere —provided one keeps an eye out for it. And even if it doesn’t prove to be the "answer to the ultimate question of Life, the Universe, and Everything" (like number 42 in The Hitchhiker's Guide to the Galaxy), π and its transcendental nature will no doubt continue to fascinate math buffs ad infinitum — just as its digits extend endlessly without repetition or pattern.

Another Life of Pi 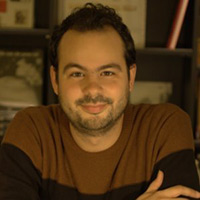 Mimis Chrysomallis works for Scopus Product Marketing and is an editor for the Scopus Blog. He joined Elsevier in 2013 as a Project Coordinator for STM Journals Publishing, facilitating the delivery of scientific webinars across a number of portfolios. He is a graduate of the Athens University of Economics and Business and holds a master’s degree in European Studies from the University of Amsterdam.