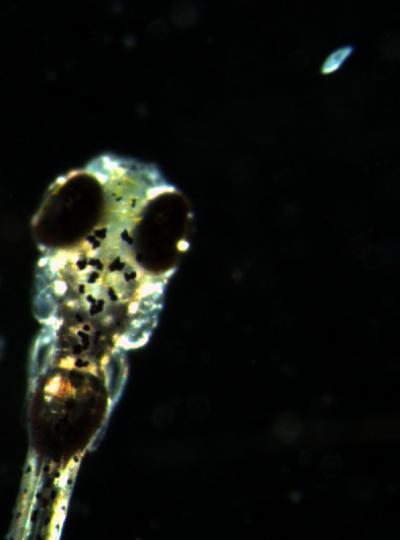 For the first time, researchers have been able to see a thought "swim" through the brain of a living fish. The new technology is a useful tool for studies of perception. It might even find use in psychiatric drug discovery, according to authors of the study, appearing online on January 31 in Current Biology, a publication of Elsevier's Cell Press.

"Our work is the first to show brain activities in real time in an intact animal during that animal's natural behavior," said Dr. Koichi Kawakami of Japan's National Institute of Genetics. "We can make the invisible visible; that's what is most important."

The technical breakthrough included the development of a very sensitive fluorescent probe to detect neuronal activity. Dr. Kawakami, along with Dr. Junichi Nakai of Saitama University and their colleagues, also devised a genetic method for inserting that probe right into the neurons of interest. The two-part approach allowed the researchers to detect neuronal activity at single-cell resolution in the zebrafish brain.

Dr. Akira Muto, the study's lead author from the Kawakami lab, used the new tool to map what happens when a zebrafish sees something good to eat, in this case a swimming paramecium. The researchers were also able to correlate brain activity with that prey's capture.

The new tool now makes it possible to ask which brain circuits are involved in complex behaviors, from perception to movement to decision making, the researchers say, noting that the basic design and function of a zebrafish brain is very much like our own.

"In the future, we can interpret an animal's behavior, including learning and memory, fear, joy, or anger, based on the activity of particular combinations of neurons," Dr. Kawakami said. 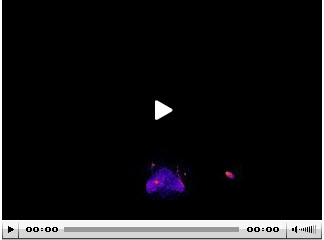 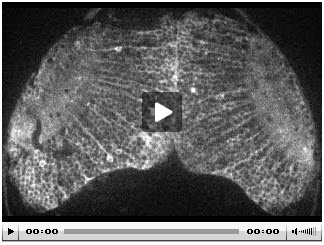